Rising PR and Advertising Expenses of the Georgian Government ** Compared to our previous report, remuneration of PR staff also includes expenses of the Government Administration, which we obtained through a court appeal.

In March 2018, Transparency International Georgia published a report showing a sharp increase in the number of PR staff and associated remuneration expenses in public institutions after the Georgian Dream came to power.

This time we focused on PR and advertising expenses over the same period. For this purpose, Transparency International Georgia requested public information from 134 public institutions on PR services and the production, placement and distribution of advertising from 2012 to October 2017. Unfortunately, 10 public institutions did not provide the requested information, including the Government Administration, and the Ministries of Defense, Energy, Economy, Justice and Internal Affairs. While TI Georgia was able to obtain the required information about advertising expenses of several of these ministries as part of another research, PR expenses remain unknown, meaning that the actual numbers are likely higher than the total expenses presented in this report. 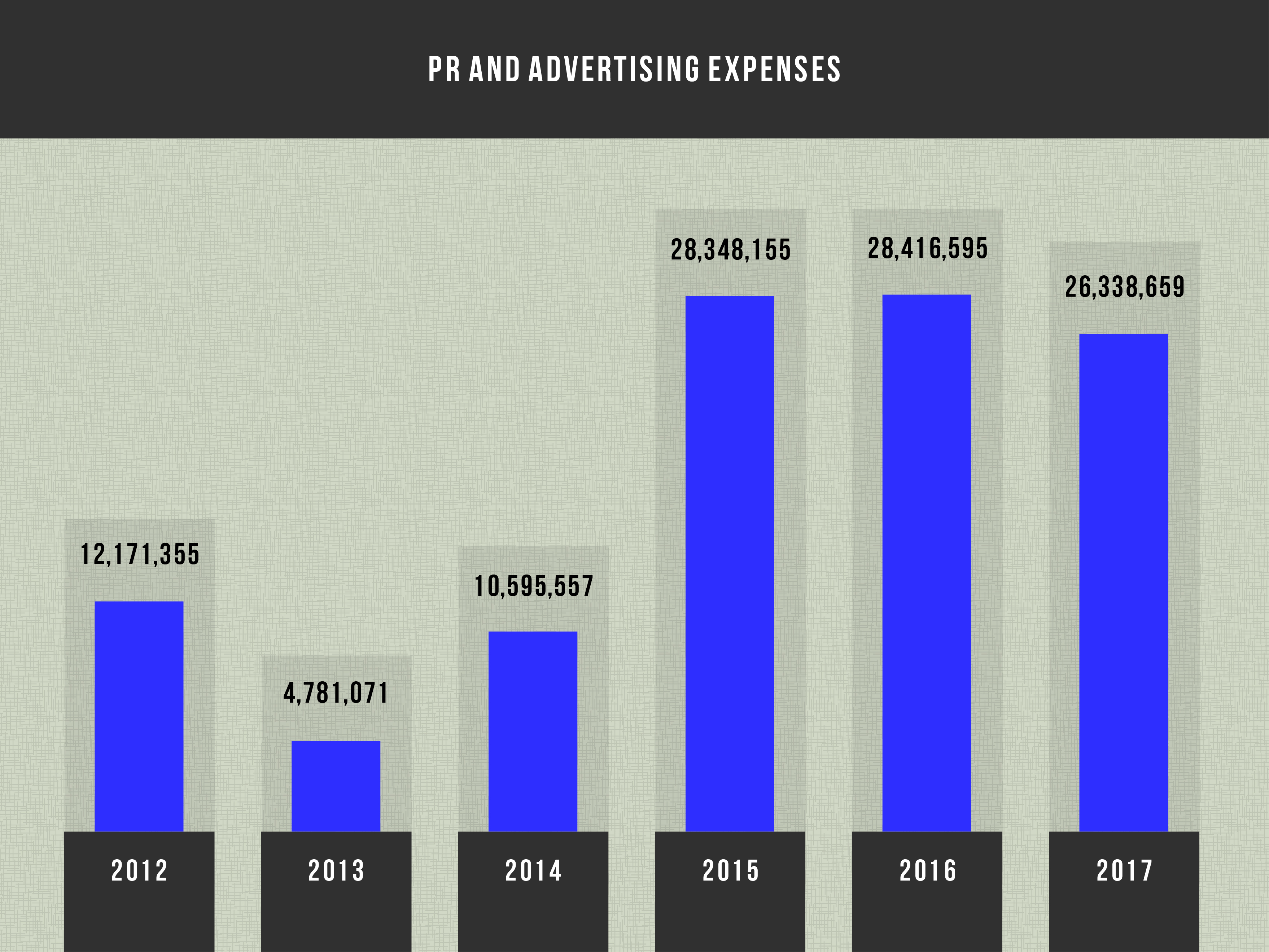 Official data indicates that PR and advertising expenses of public institutions are on sharply rising across the country. For example, the amount spent even during the first 10 months of 2017 was twice as much as what was spent in 2012. 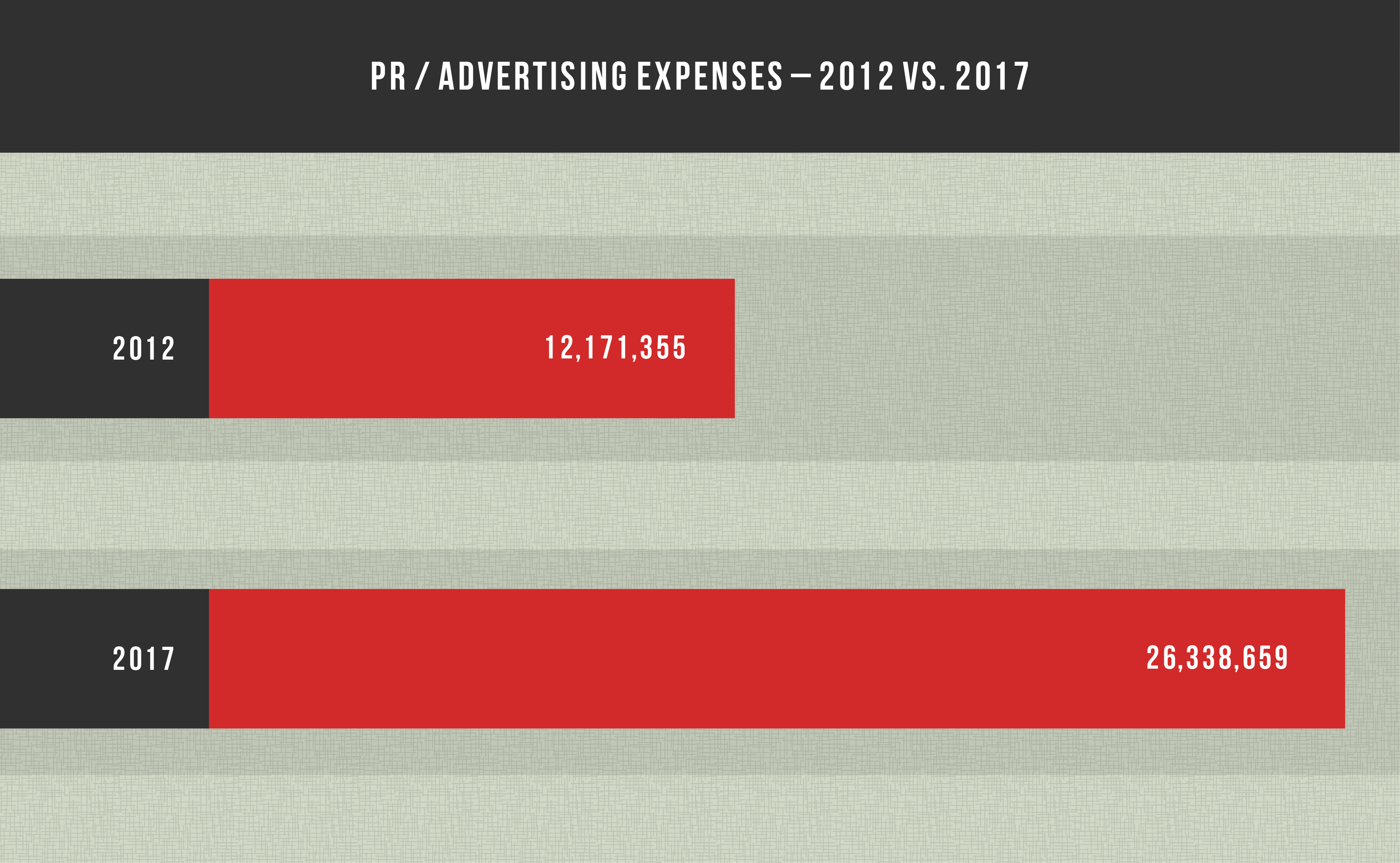 The election year of 2016 saw the highest spending – more than GEL 28 million – on PR, advertising and remuneration of Press Service employees. Such an increase in PR expenditure was likely due to the government mobilizing budget funds in preparation for the parliamentary elections. 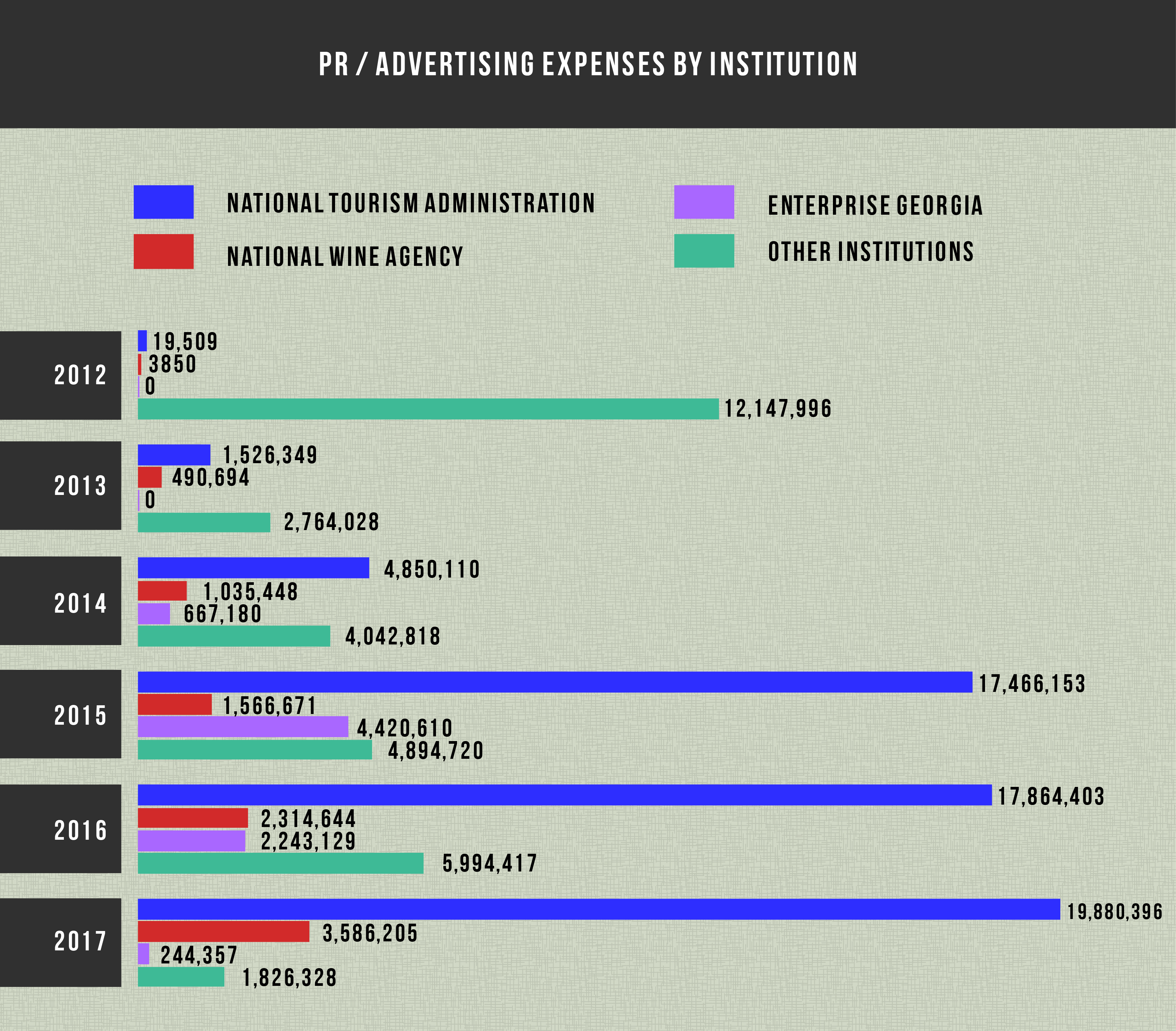 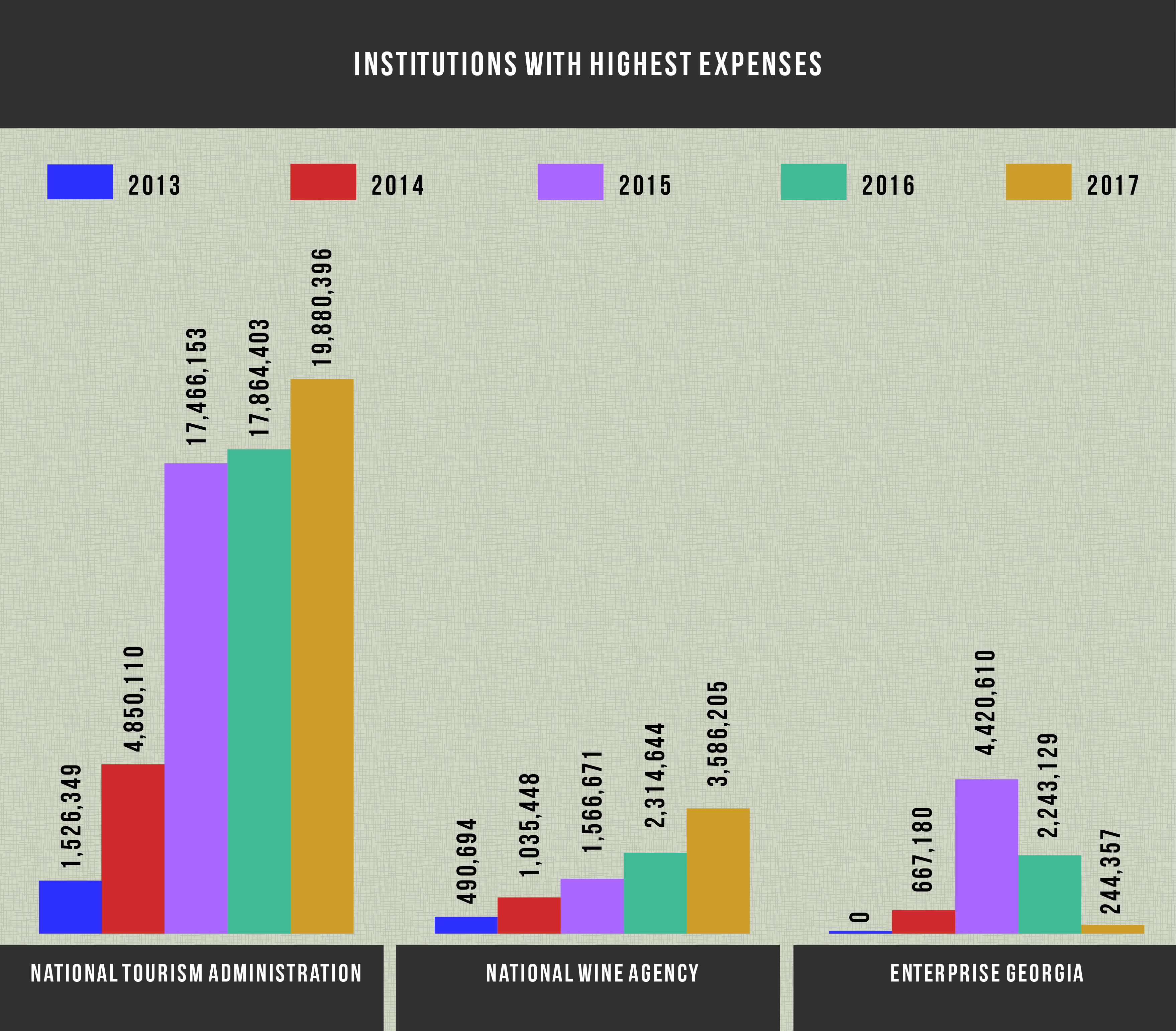 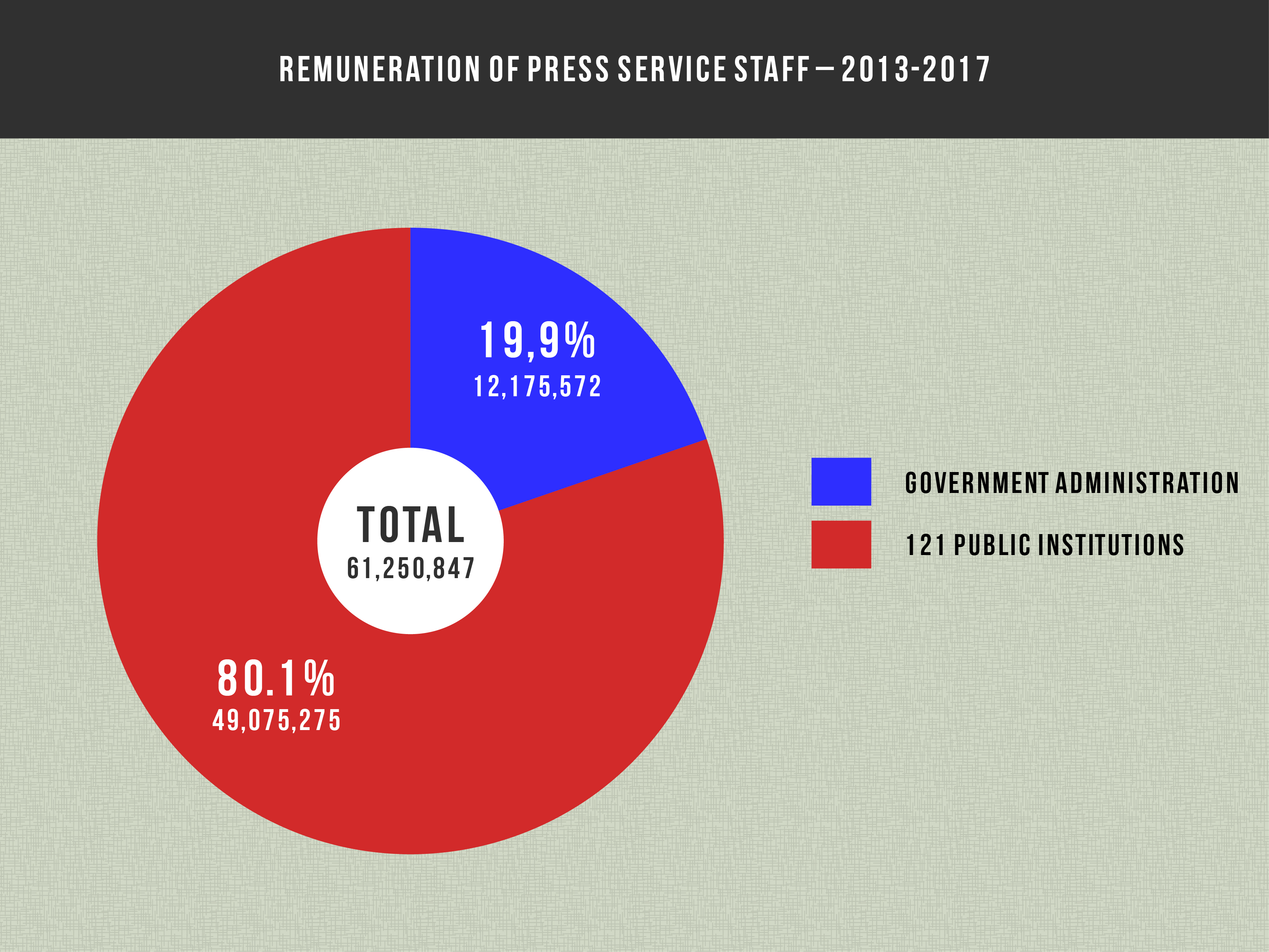 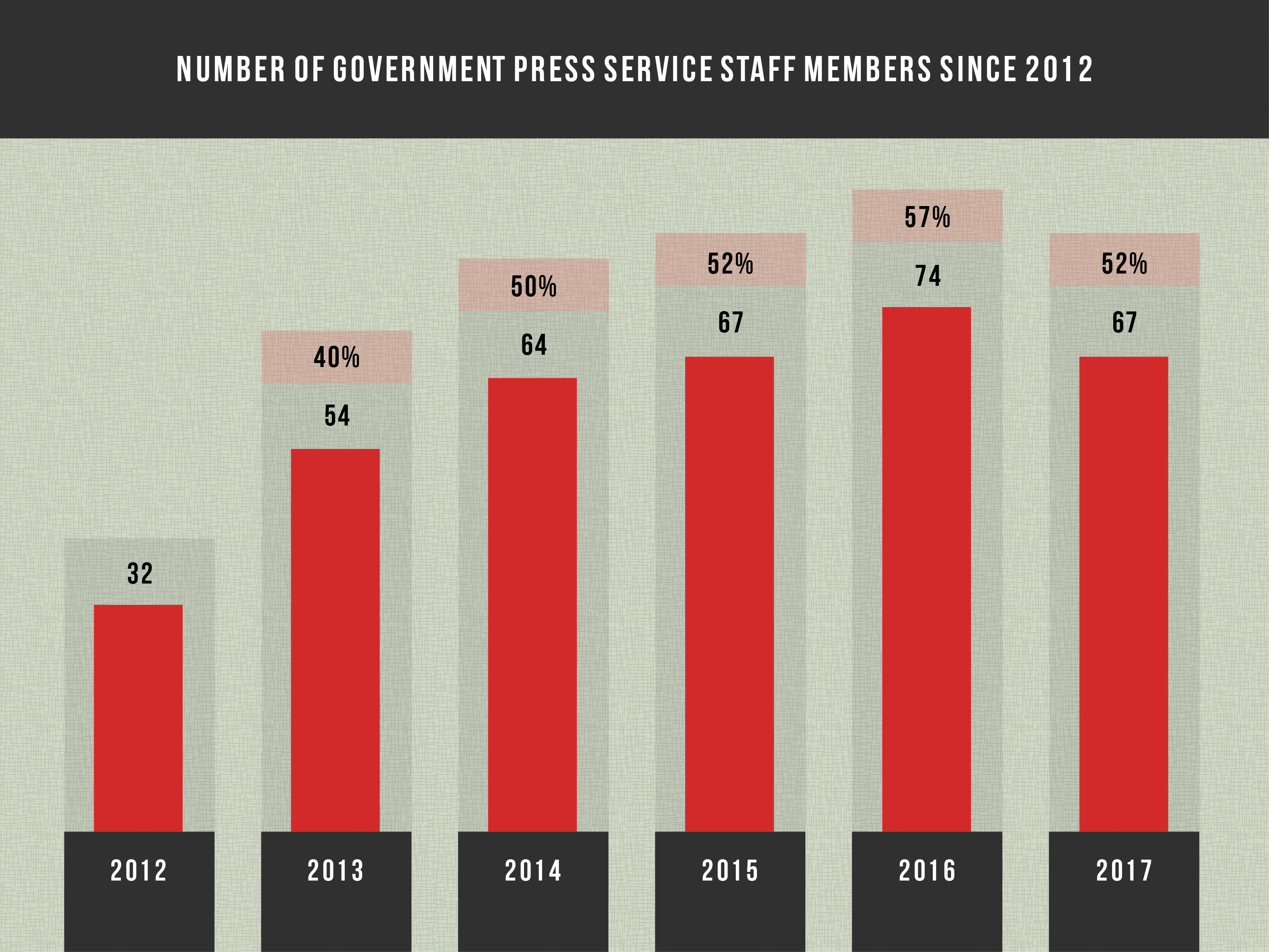 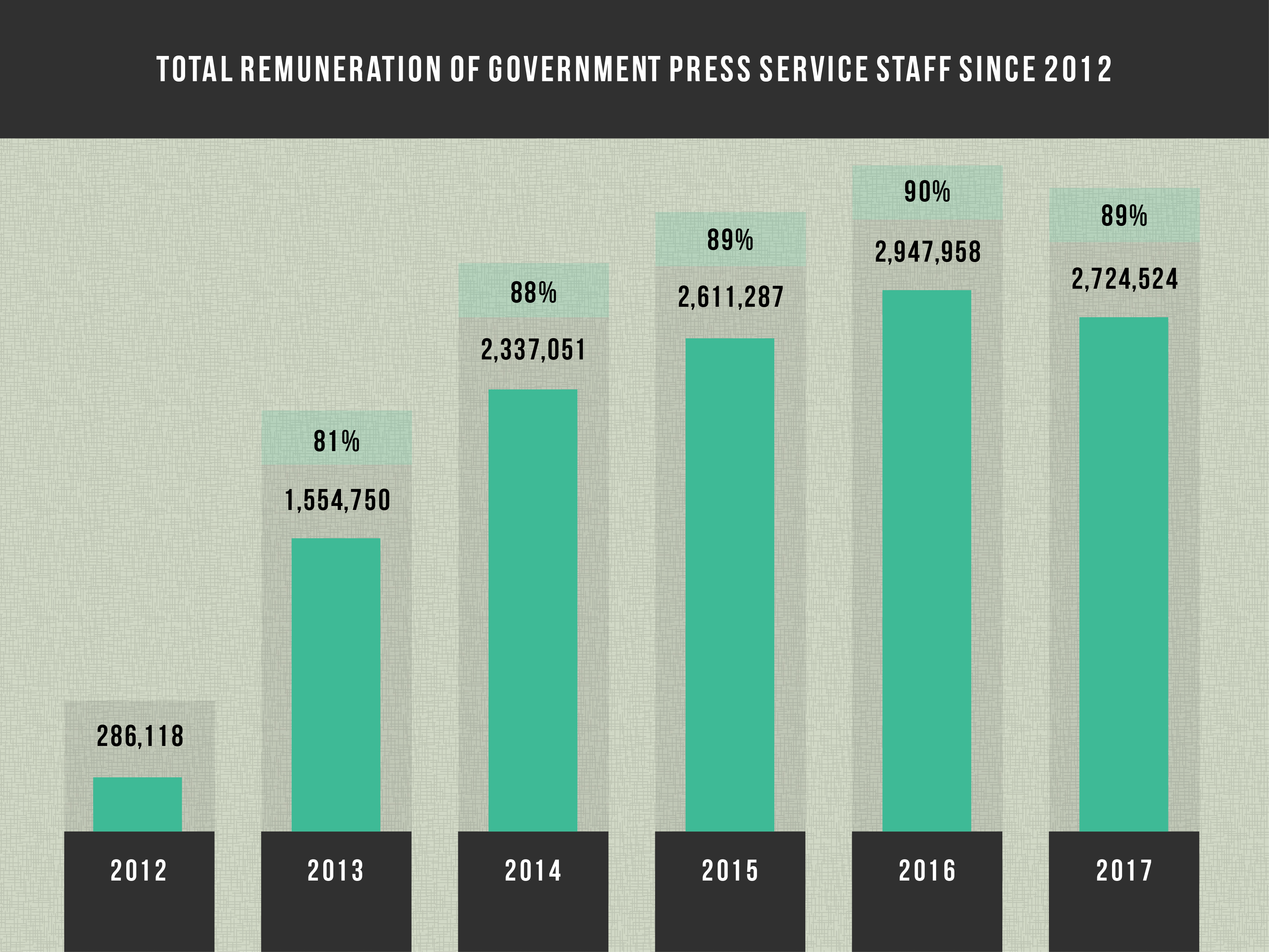 According to requested information, in 2010-2017, the Government Administration had purchased advertising services from publications, such as “Asaval Dasavali” and “Alia”, which are known for openly using hate speech, xenophobic and homophobic statements, and are actively involved in the anti-West campaign.

The Government Administration had also purchased advertising services from For.ge, an information-analytical portal founded by Giorgi (Gia) Iakobashvili, a Georgian Dream selected Board Member of the Georgian Public Broadcaster. Gia Iakobashvili has demonstrated a negative attitude towards the civil sector.

The Government Administration refused to disclose public information about when the above purchases were made and what value contracts were signed with “Asaval Dasavali”, “Alia” and For.ge. 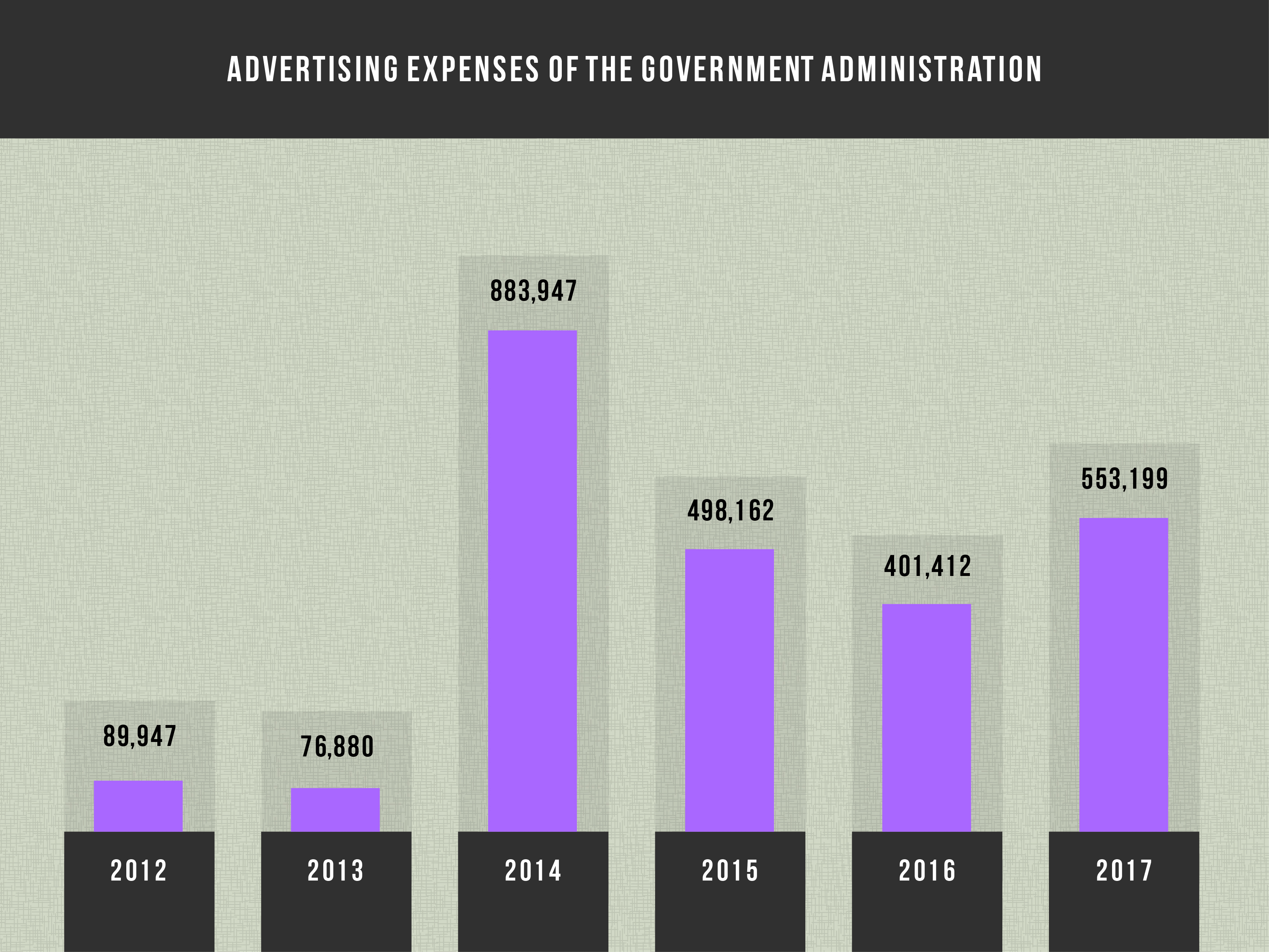