Transparency International’s Global Corruption Barometer (GCB) is the most extensive worldwide public opinion survey on views and experiences of corruption. As part of the 2016 edition of the GCB, TI surveyed some 60,000 citizens in 42 countries of Europe and Central Asia about their encounters with corruption in their everyday life, levels of corruption in state institutions and the effectiveness of government anti-corruption policies.

According to the survey, 12% of Georgians believe that corruption is among the three most important problems in the country.

This is the fourth-lowest figure in the survey of 42 countries after Germany, Sweden and Switzerland. Belarus and Poland have 6th and 7th lowest figures respectively. The results in Georgia’s neighboring countries are as follows: Corruption was identified among the country’s three most important problems by 21% of the respondents in Azerbaijan, 22% - in Turkey, 37% - in Armenia, and 39% - in Russia 39%.

According to the 2016 GCB, 58% of Georgians who took part in the survey had been in contact with at least one of eight public services. Among these users of public services, 7% had to pay a bribe at least once over the preceding 12 months. Remarkably, the situation has deteriorated since 2013, when only 4% of public service users reported paying a bribe.

The bribery rate in different services is as follows:

The share in the general population of those who had to pay a bribe over the last 12 months is 4% in Georgia:

Influence of Business Sector on Government

Citizen’s attitudes toward government’s anti-corruption policies are also important. In Georgia, 41% of the citizens surveyed believe that government handles corruption fairly or very badly, whereas 26% assessed the government actions to tackle corruption as good or very good.

In Georgia, 44% of the respondents agreed with the statement that it is socially acceptable to report corruption, whereas 29% disagreed. To sum up, the results show that the government of Georgia should battle corruption more actively and raise the public’s awareness on corruption and anti-corruption measures.

Transparency International makes four key recommendations to reduce political corruption and help people speak up without fear of retaliation. Governments across Europe and Central Asia should:

Additionally, in order to fight corruption in Georgia more effectively, Transparency International Georgia urges the government to establish an independent anti-corruption agency which should be equipped with appropriate powers and resources and must be protected from political influence. TI Georgia has prepared a corresponding legislative proposal, although Parliament is yet to consider it. It is important for the government to approach the challenges of the fight against corruption with an appropriate degree of responsibility and attention and to take effective steps for addressing them. 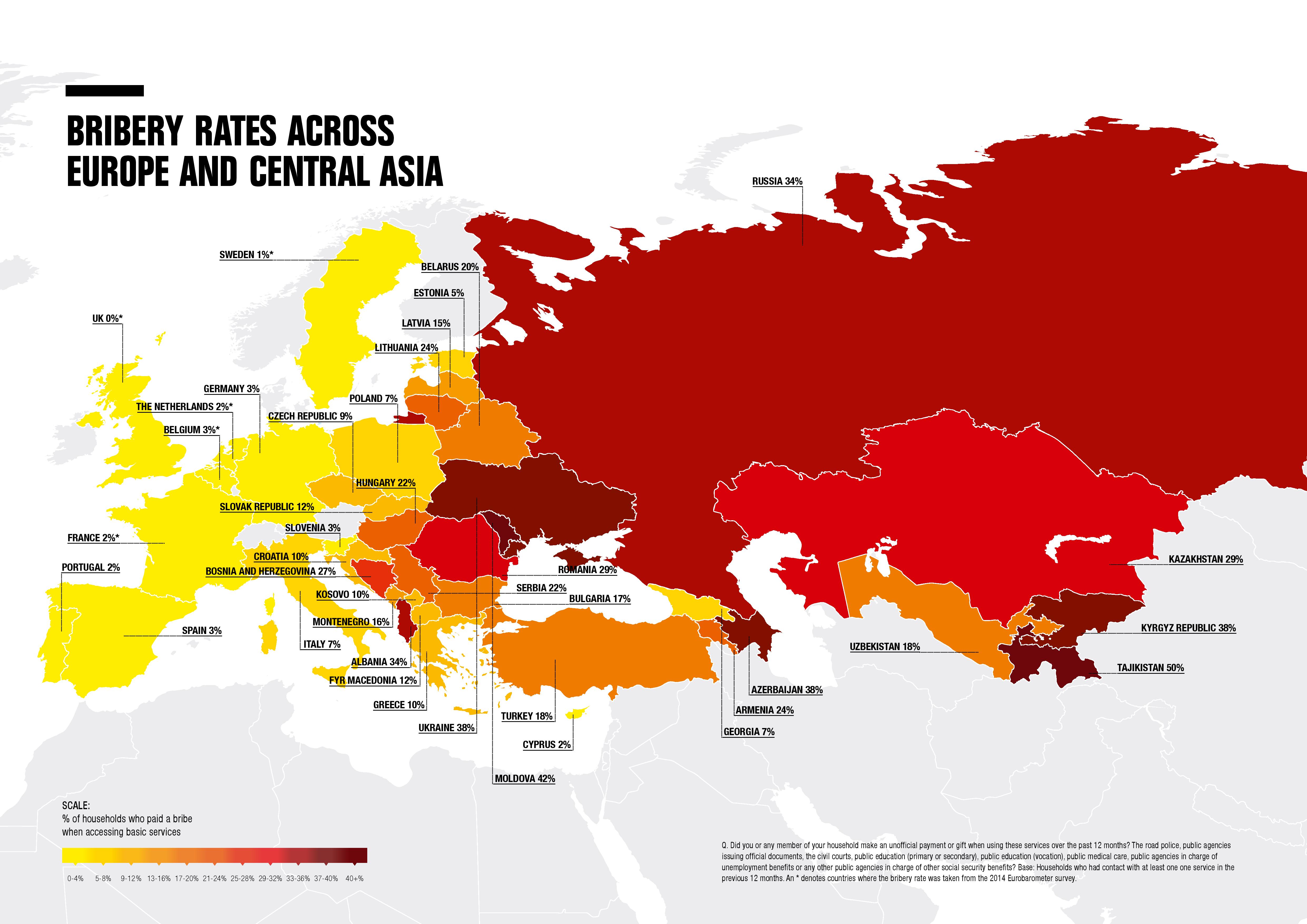