Qualification of officials and candidates nominated by parties during elections, their property status and business interests are the topics of high interest among the public. Transparency International Georgia presents its findings on the following persons:

The presented information is based upon the analysis of the Public Registry data and property declarations filed by some of the election candidates.

Zugdidi Mayoral Candidates and First Numbers of the Party List 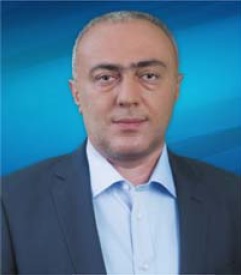 In 1998-2002, Lasha Gogia worked as the head of the cash department at Zugdidi Branch of “Post Bank of Georgia”; In 2003 he was assistant to the chairperson of Zugdidi District Election Commission; in 2004-2005, he worked as senior specialist at the Department of Labor, Health and Social Affairs of Samegrelo-Zemo Svaneti; In 2005, he was an operations officer at Zugdidi Office of Samegrelo-Zemo Svaneti Constitutional Security Department; in 2006, he was a member of Zugdidi Sakrebulo from the “United National Movemen” – first, he was chairman of the Finance and Budget Commission and then held the position of Deputy Chairperson of Sakrebulo. In 2014 he was elected as Chairman of Zugdidi Sakrebulo and in 2016 – as Zugdidi Gamgebeli.

According to the property declaration filed by Lasha Gogia in September of 2017, he owns 100% of shares in LLC „MedHouse“; Almer Gogia, father of Lasha Gogia serves as the Director of the company, though the given information has not been included in his declaration. Lasha Gogia owns 3,000 m2 of agricultural land in village Tsaishi, Zugdidi municipality; he also owns a residential house in Zugdidi (cadastral code 43.31.44.070). 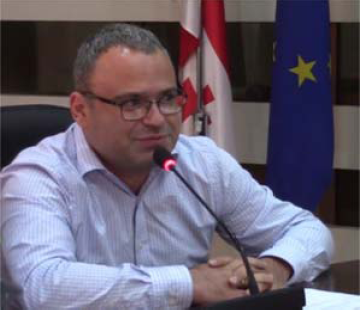 In 1996-2001, Mamuka Tsotseria worked as a marketing specialist at Zugdidi Regional Commerce and Industry Chamber; in 2000-2002 he was Deputy Head of the Competition Development Department of the State Antimonopoly Service of Georgia; in 2002-2004 he was Head of the Regulatory Department of Natural Monopolies in the same agency; in 2004-2008, he worked as a Manager-Consultant in the Georgian Chamber of Commerce and Industry; In 2009-2010 he was Head of Financial Analysis and Organizational Provision Department of Property Management Agency of Tbilisi City Hall; in 2010-2011, Head of Investment Projects and Marketing Division in the same agency; in 2011-2013 - economic advisor. In 2014, Mamuka Tsotsia became a member of Zugdidi community Sakrebulo; from 2016 - he is Deputy Gamgebeli of Zugdidi.

By the declaration submitted by Mamuka Tsotseria in October 2016,  his wife owns a residential house and a plot of land in Zugdidi. Mamuka Tsotseria is also 100%  shareholder of LLC „Zugdidi Essential Oils Company“. 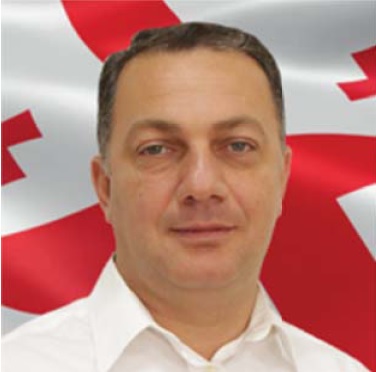 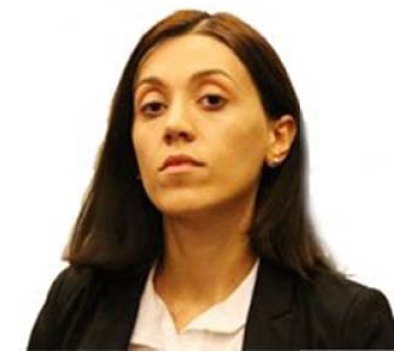 Ana Tsitlidze is a member of the city council (Sakrebulo) from “United National Movement”. In the past, she was an assistant to the Ambassador of Georgia in Latvia, head of the Georgian Diaspora Legal and Information Department in Latvia. She was anchor of Georgian-Latvian news program on Latvian state radio channel and co-organizer of Baltic Social-Economic Alliance. She was also President of the International Center for Regional Development. He worked as a chief specialist in the legal department of Zugdidi Municipality Sakrebulo

According to thePublic Registry data, no property is registered on the name of Ana Tsitlidze. 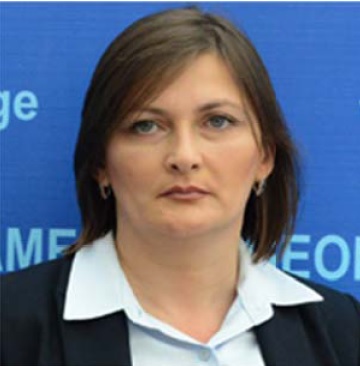 According to the declaration filed in January 2017, Lela Keburia owns a residential apartment in Zugdidi. In her declaration, Lela Keburia has not specified that her husband Giorgi Jikia is 100% shareholder and director of LLC “DLG Group”. 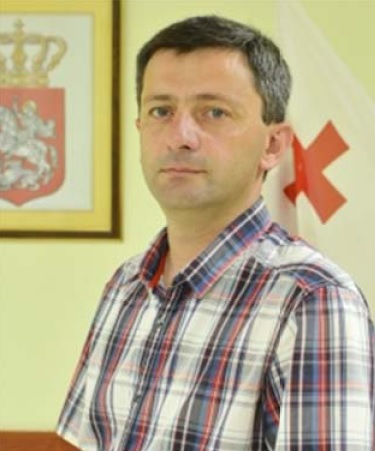 In the part, Batlome Shelia was the chairman and political secretary of Zugdidi organization of Youth Union of Georgian Citizens. He was also First Deputy Head of Samegrelo-Zemo Svaneti Division of Youth Affairs State Department. In 2010, he worked as the head of the Material-Technical Division of Zugdidi Municipality Sakrebulo. In 2014, he became a member of Zugdidi Sakrebulo from the party “United National Movement”.

Batlome Shelia is 50% shareholder and Director of LLC „Nigi 21“. By the Public Registry data,  no property is registered on his name. 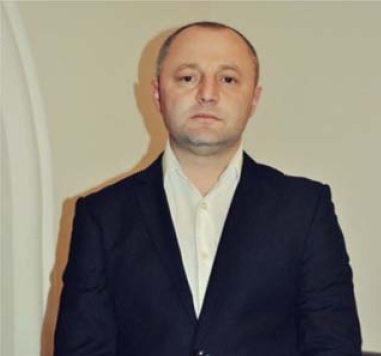 According to the declaration filed by Gurgen Sartania in 2016, he owns a flat and a plot of land in Zugdidi. 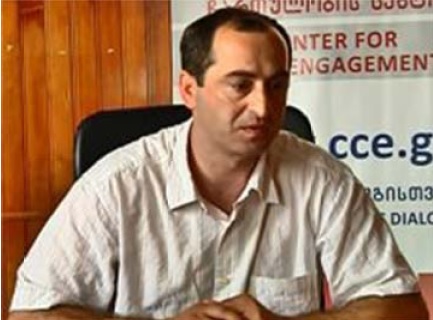 In 2000-2003, Gogita Bigvava worked at the Museum of Zugdidi; In 2003-2005 he was a teacher at the Georgian school „Twenty-first Century“. Since 2005, he has been working as a public school teacher in the village of Darcheli in Zugdidi Municipality. Gogita Bigvava used to be head of the youth wing of the “Christian-Democratic Movement”; in 2012, he was the majoritarian candidate of the same party in parliamentary elections. In 2014, he was candidate to Zugdidi Gamgebeli from “Burjanadze - United Opposition”. In 2016, he worked as head of Zugdidi organization of “United Democratic Movement”.

According to the Public Registry data,  Gogita Bigvava owns a plot of land in village Ingiri, Zugdidi Municipality.

„Alliance of Patriots of Georgia“ nominated Kakhaber Saria as the first number of Sakrebulo party list in Zugdidi; though, we could not find any information about him. 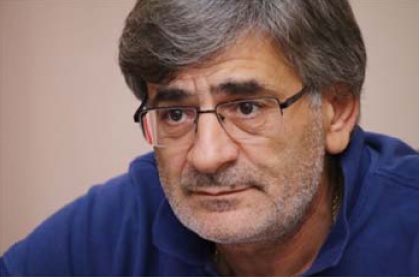 Domenti Sichinava is an independent candidate for Zugdidi Mayor; from 1991 to 2006, he worked in the Russian Federation, in particular: in 1991-1994 he was deputy director of the company “Big Target”; in 1995-2005 - he was General Director of Moscow Teresa Durova State Theatre; in 2005-2006 he was the financial manager of the company “Russian Restoration”. Since 2006, he is president of the football club “Baia” of Zugdidi. In 2009-2015 he was President of the Georgian Football Federation. In 2011-2015, member of UEFA Fair Play and Social Responsibility Committee; in 2015-2016, Zviad Sichinava is a member of UEFA National Associations Committee. 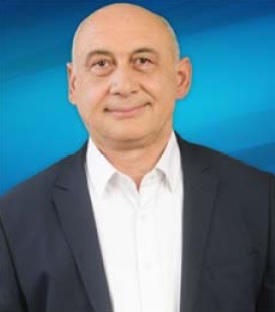 According to the declaration  filed in November 2016, Gocha Kajaia owns a residential house and a non-residential area in Khobi; two plots of land in Mtskhetam with a total area of  4 700 m2; 24 000 m2 agricultural plot of land in village Sajijao, Khobi Municipality.  It is noteworthy that after submitting the fibal declaration,  Gocha Kajaia acquired a flat in Tbilisi. 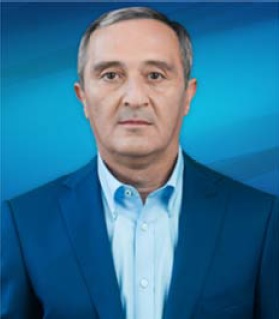 In 2006-2010, Gocha Kurdgelia was a member of Poti Sakrebulo from the „United National Movement“ party; in parallel, from 2005 till present, he has been engaged in business activities. He is a shareholder of several companies and director at LLC “Prometko Georgia”, “Gesco” ltd, “Metalex” ltd, “Metalex-Trance” ltd. From 2011 to date, he is Director of metal processing LLC “Caucasian Metals Terminal”.

According to the Public Registry dara, Gocha Kurdgelia is owner or co-owner of various property; in particular, he owns:

Gocha Kurdgelia is also co-owner of several buildings and non-agricultural plots of land in Poti, on Rekvava, Javakhishvili and Besiki streets. 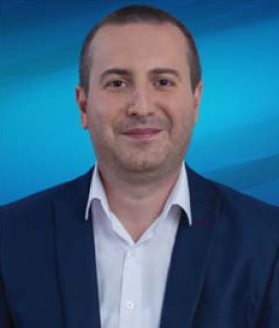 In 2002-2004, Levan Makalatia worked as Head of Administrative Department at Gldani-Nadzaladevi District Court of Tbilisi; in 2004-2005, he was auditor of the audit-consulting company „UBC International“; in 2006-2008 he was economist at „Audit Company“ Ltd. In 2009-2010 he served as head of the Department of Resorts Development at the Tourism Department of the Ministry of Economy and Sustainable Development of Georgia. In 2013-2015 he worked as the Head of Regional Development and Management Division in the Chamber of Commerce of Georgia.

From 2015 up to present, Levan Makalatia is the founder and director of LLC „Progressive Builders“. “Progressive Builders” is the winner of several tenders, including the tender announced by Abasha municipality. Overall, the above-mentioned LTD won 8 tenders, with the total value amounting to 166 622 GEL. According to the Public Registry data, no property is registered on the name of Levan Makalatia. 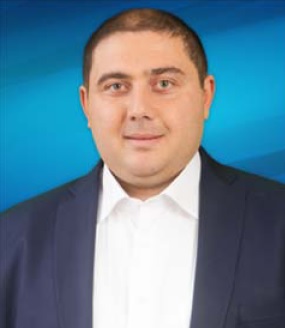 Levan Kupreishvili is a specialist of business administration; he received higher education in England. In 2007-2008, he worked as a logistics manager in the company Mika Gorgia; In 2010-2013 he was director of the logistics and agricultural products export company “BASO”; From 2014 till recently, he was Deputy Director General of the “Georgian Railway” subsidiary company “GR Property Management”;

According to the Public Registry data, Levan Kupreishvili owns homestead plot of land, a residential house and a flat  in Senaki. 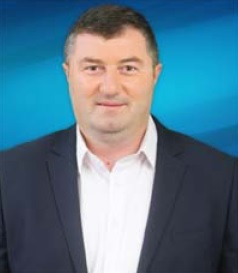 In 1998-2003, Dato Gogua was the platoon commander of the Transport Police Department of the Ministry of Internal Affairs; in 2003-2004 - legal consultant at the Legal Issues Committee of Tbilisi Sakrebulo; in 2004-2007 – he worked as Sales Manager of the Logistics Department at the Aviation Factory N 31; In 2012-2014 - he was Acting Gamgebeli of Chkhorotsku Municipality; Since 2014, he is Gamgebeli of Chkhorotsku municipality.

According to the declaration filed by Dato Gogua in March 2017,  he owns two residential houses and a plot of land in Chkhorotsku municipality, in villages Napichkhovo and Nakiani; he owns two houses in Tbilisi as well. 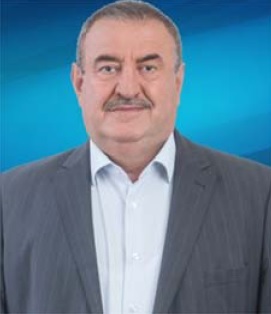 In 1979-1990, Alexandre Grigalava worked as engineer in Kutaisi Tractor Factory; in 1990-1993, he was Head of the Sports Society „Shevardeni“; in 1993-1994 he served as First Deputy Gamgebeli of Martvili Municipality; In 2003-2007 hr worked as a manager at Martvili branch of the United Energy Distribution Company; In 2010-2012 he worked as a rugby coach at Martvili Sport School; From 2012 up to now, he is the Chairman of the Board of Lelo Federation, Member of the Board of Rugby Union of Georgia; From 2014, he holds the postion of Martvili Municipality Gamgebeli. 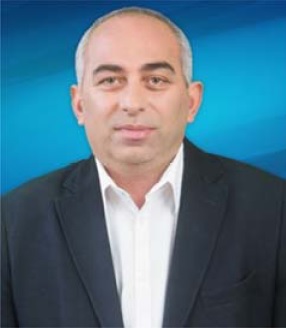 In 1998-2000, Besik Partsvania worked as a Deputy Chief Economist of LLC „Lia“. In 2000-2007 he was inspector at Zugdidi Branch of the „National Bank of Georgia“; In 2007 he worked as Head of Economic Policy and Municipal Procurement Service in Tsalenjikha Municipality Gamgeoba; In 2007-2009 he was director of „Mobile Retail“ ltd. In 2009-2011 he worked as a technical supervisor for construction works at “Block Georgia” ltd; in 2007-2016 he worked as a financial director of the construction company “Enguri +”. From 2012, he is Director of the “British Center – Zugdidi”.  In 2014-2016 he was the majoritarian MP of Tsalenjikha Sakrebulo from “Georgian Dream - Democratic Georgia”; Since October 2016, he is Gamgebeli of Tsalenjikha Municipality.

According to the declaration  filed by Besik Partsvania in December 2016, he owns an apartment in Tbilisi, a plot of land, a house, a garage, and two non-residential areas in Tsalenjikha. 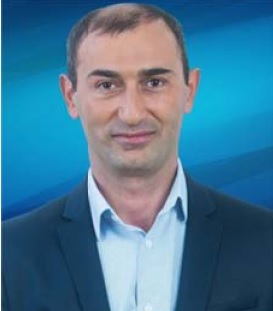 According to the declaration filed by Kapiton Zhorzholiani in 2017, he and his family members own an apartment in Tbilisi, a residential house and a plot of land in Mestia Municipality.