Tbilisi, 29 January 2019 – Georgia has been assigned a score of 58 and shares 41st to 44th places with Latvia, Spain and Saint Vincent and the Grenadines in the 2018 edition of the Corruption Perceptions Index (CPI) which was published by the Transparency International Secretariat today and ranks 180 countries.

In the ranking, 100 points indicate the lowest level of perceived corruption while 0 – its highest level.

Georgia’s score has improved by two points compared with the last year’s edition of the CPI. However (according to the survey’s methodology), a two-point change is considered statistically insignificant. Notably, Georgia does not appear on the list of the countries whose CPI score has changed significantly (either for better or for worse) since 2012. Also, the survey does not reflect the alleged cases of high-level corruption publicized in late 2018 which could have a negative impact on Georgia’s position in the ranking in the future. 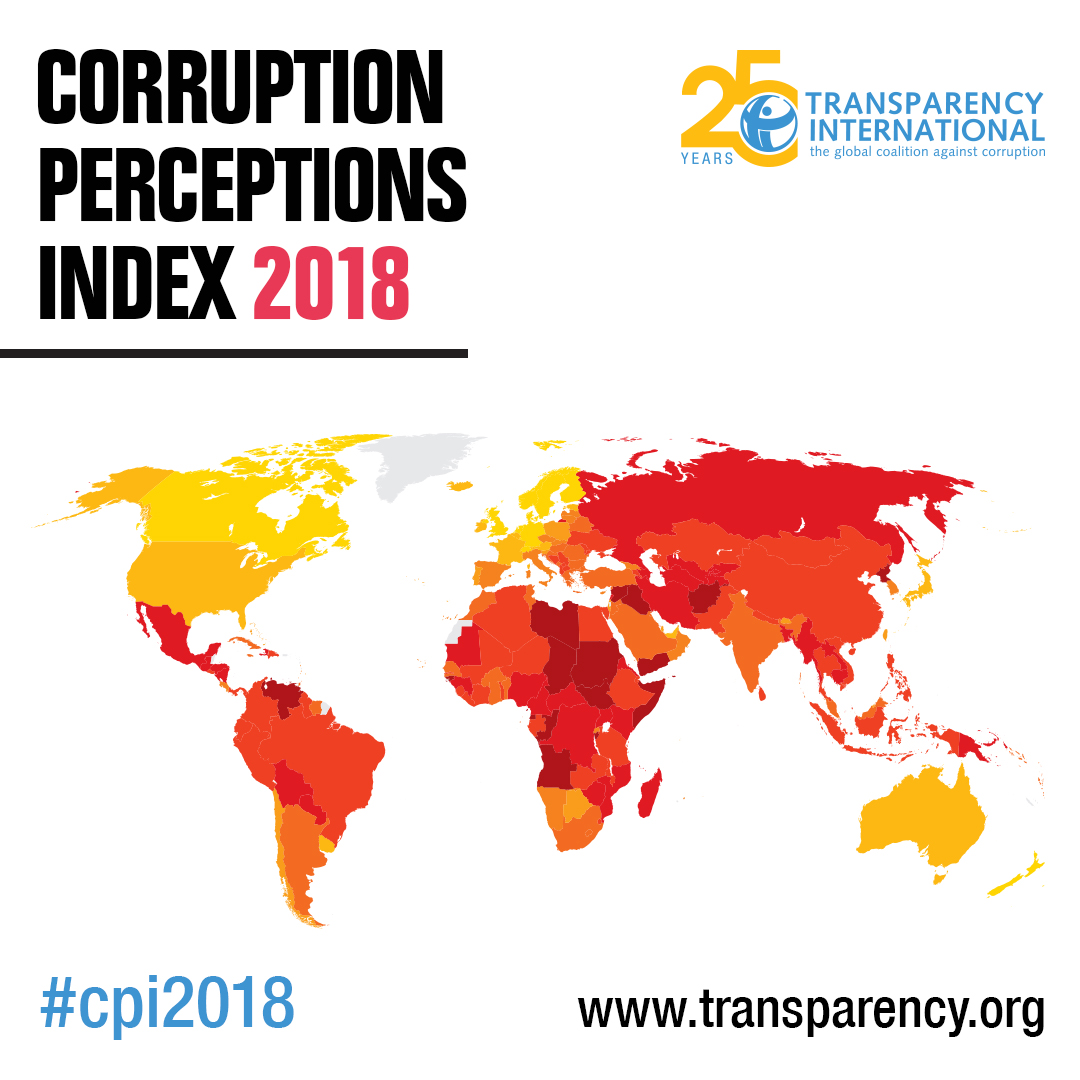 The analysis of CPI results by the Transparency International Secretariat published today says that Georgia “faces democratic backsliding, making it both vulnerable to high-level corruption and a country to watch moving forward.”

According to the same analysis, “this downturn is due to a lack of accountability of law enforcement, corruption and political interference in the judiciary, state capture and government-sponsored attacks on independent civil society, among other issues.” The analysis noted that “despite an urgent need to investigate cases of corruption and misconduct in the government, Georgia has failed to establish independent agencies to take on this mandate.”

The document urges the Georgian Government to “take immediate steps to ensure the independence of institutions, including the judiciary, and support civil society.”

The Corruption Perceptions Index (CPI), published for the 26th time today, is based on expert opinions of the level of corruption in the public sector. Since 2012, the survey has been conducted using a new methodology which allows comparing the results from different years. CPI is prepared based on the research by reputable international organizations, each containing the assessment of the situation prevailing in various countries with regard to corruption.

According to CPI 2018, the level of perceived corruption is the lowest in Denmark (88 points) and the highest in Somalia (10 points).