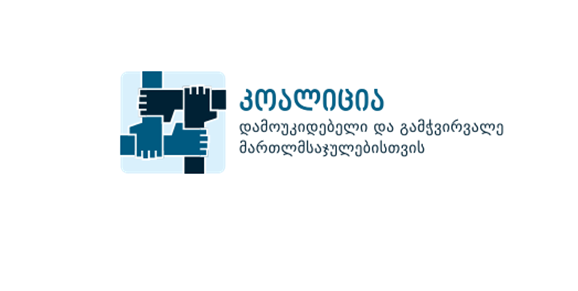 The Parliament of Georgia is hearing proposed amendments to the legislation regulating judicial probation, with the view of complying with the Constitutional Court decision[1] on the subject. The amendments are important for ensuring that competent and honorable judges populate the judicial system and also the accountability of High Council of Justice (HCOJ), since the law should determine the circle of judges who will be exempted from the probation period and set the procedure for their lifetime appointment.  The imperfect rules and opaque legislation on the selection and appointment of judges and on the evaluation of the judges on judicial probation, as well as the appointment of judges without any justification, has been harming the independence of justice and the public trust in the judiciary and presents the HCOJ with opportunities for arbitrary actions.

Regarding the contents of the draft amendments, we must point out that chaotic and non-systemic amendments in the laws regulating selection and appointment make the legislation’s structure considerably more complex and affect the ability to analyze it. This will undoubtedly result in contradictory readings of the law when it is put in use and will damage the process.

Regrettably, the draft still does not clearly and unequivocally establish the HCOJ’s obligation to substantiate its decision of appointing acting and former justices of the Constitutional and Supreme Courts for life and still leaves broad opportunities for arbitrariness for the HCOJ. Additionally, the draft contains numerous problematic and vague propositions. Among them:

We call on the Parliament of Georgia to ensure effective engagement of the public during the second hearing of the draft law and take into consideration the feedback offered.

[1] The Constitutional Court decision of February 15, 2017 on the case of Omar Jorbenadze vs. Parliament of Georgia.