The public opinion poll has demonstrated that a large part of the Georgian population supports holding the next parliamentary elections based fully on the proportional system. The majority of the population positively assessed the so-called “debt relief” initiative presented in the run up to the second round of the presidential election, but said that this programme was first and foremost the ruling party’s attempt to secure votes before the election. A large majority of the respondents sees the need for the appearance of a new political force.

According to a significant majority of the survey participants, the law enforcement agencies did not properly investigate the so-called “Khorava Street Case”, and investigative commissions must be formed in Parliament when such high-profile cases are concerned. The survey has demonstrated that new banking regulations have created problems for those wishing to take out a loan. There were more respondents assessing the reform introducing a defined contribution pension scheme negatively than those assessing it positively, saying that, as a result of inclusion into the scheme, the net amount of their salaries has decreased. A large majority of the survey participants does not approve the decision to abolish mandatory general skills examinations for entering higher education institutions at the bachelor level as well as of the school exit examinations.

The survey has also shown that a significant section of the population is aware of special Facebook pages, which have been created to disseminate fake news and are allegedly backed by the government and the opposition. A large portion of the survey participants believe that the Georgian TV landscape is polarised as the leading broadcasters, including the Public Broadcaster, are promoting the interests of the ruling or the opposition parties. The number of the respondents who believe that the government often or occasionally interferes in the work of the media is also high.

These and other attitudes have been identified by the survey of 2,087 persons throughout Georgia commissioned by Transparency International Georgia and conducted by the Caucasus Research Resource Centres (CRRC) in the period between 20 February and 5 March 2019; the margin of error is +/- 2.3 percentage points.

The opinion of the public concerning topical public policy issues are given in detail below.

According to the new Constitution of Georgia, the 2020 Parliamentary Elections will once again be held based on the mixed (proportional-majoritarian (single-mandate district)) system, while starting from 2024, Parliament will be elected based entirely on the proportional system. Almost all parties except for the ruling Georgian Dream ask for the fully proportional system to be used starting from 2020.[1] All reputable civil society organisations and independent experts working in the field of elections share this view.

45% of the population hold the same stance and, as the survey has demonstrated, support switching to the proportional system in 2020. There were 29% who lacked the knowledge about this issue and only 22% were against it. 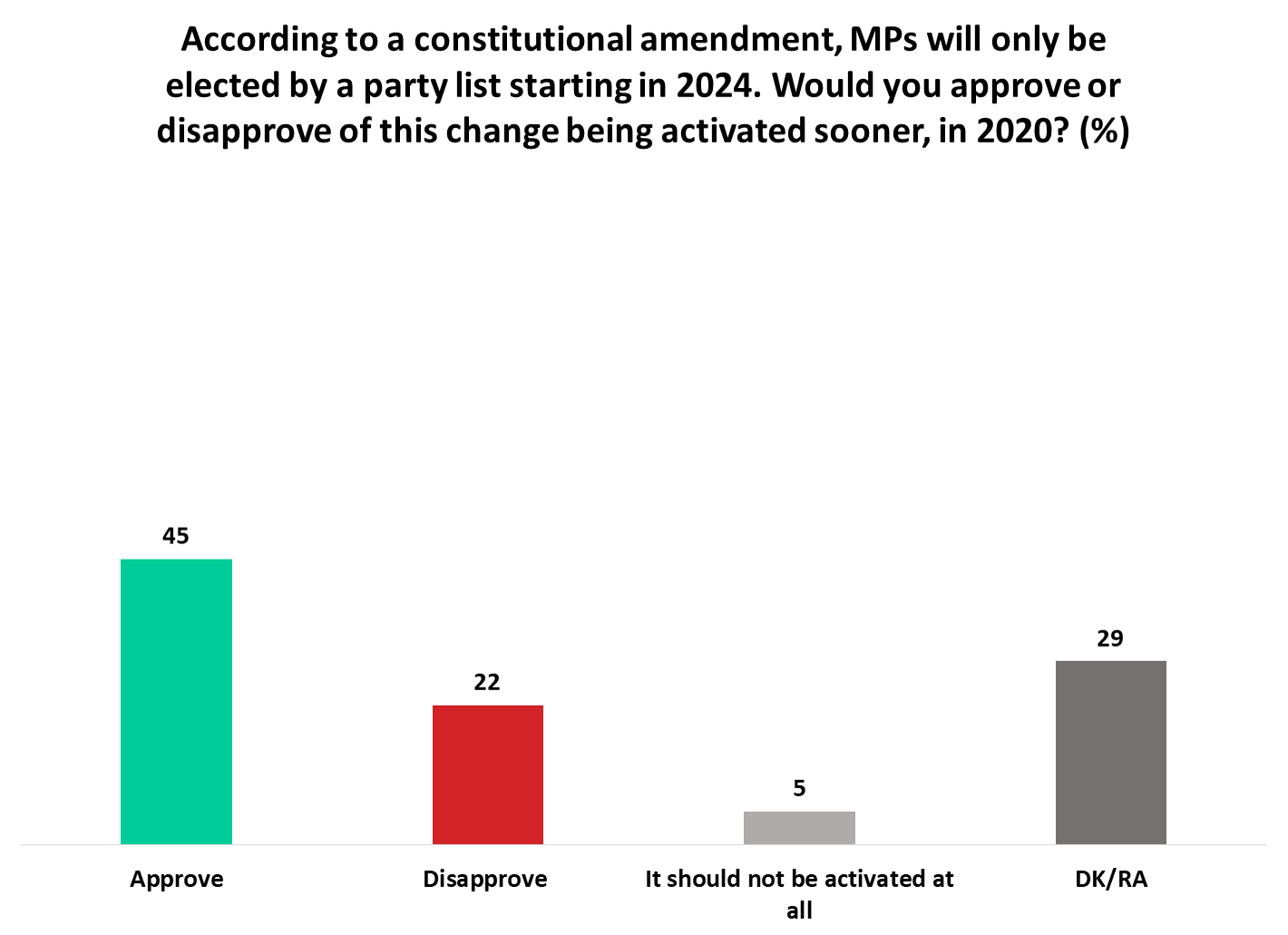 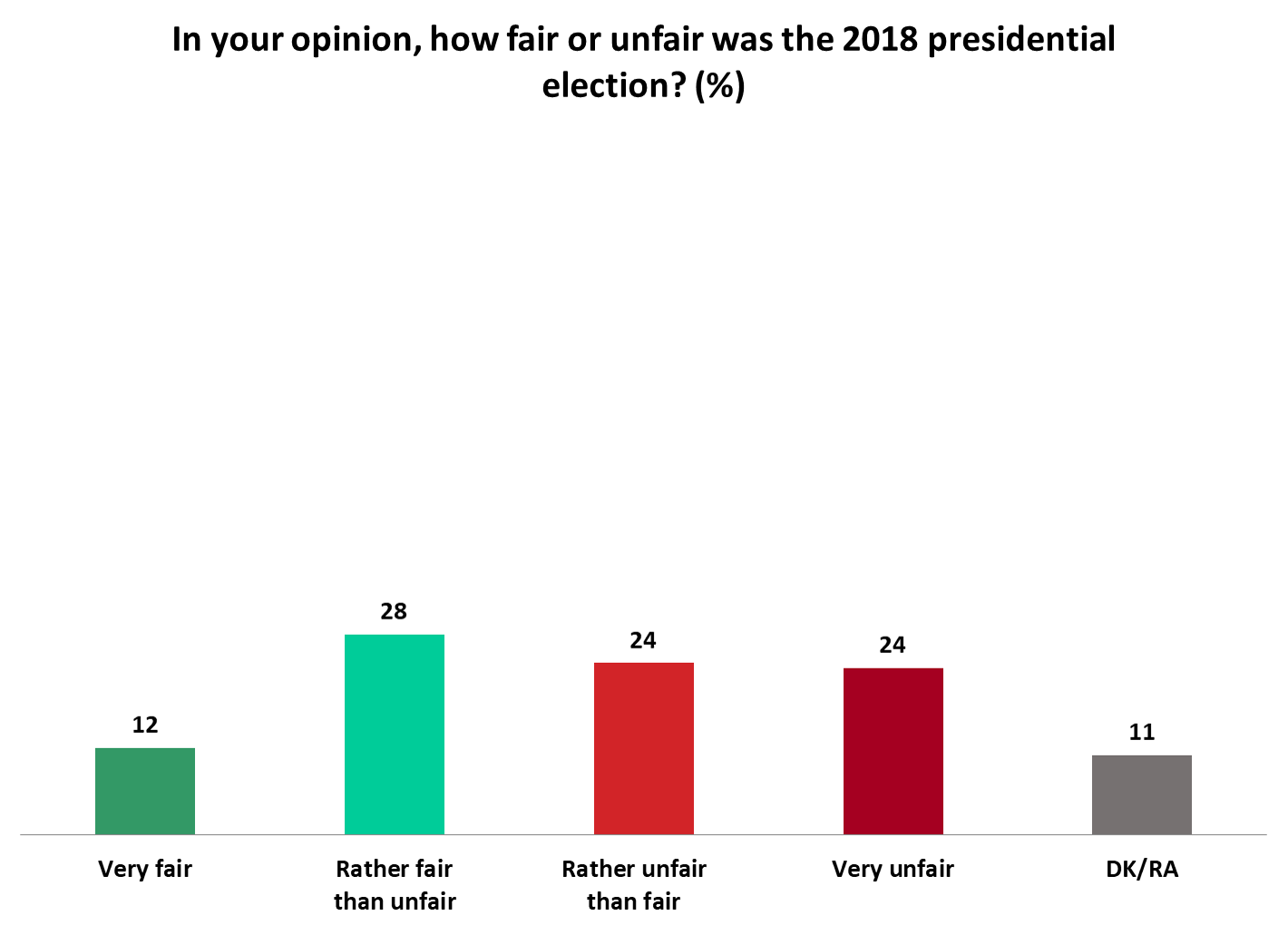 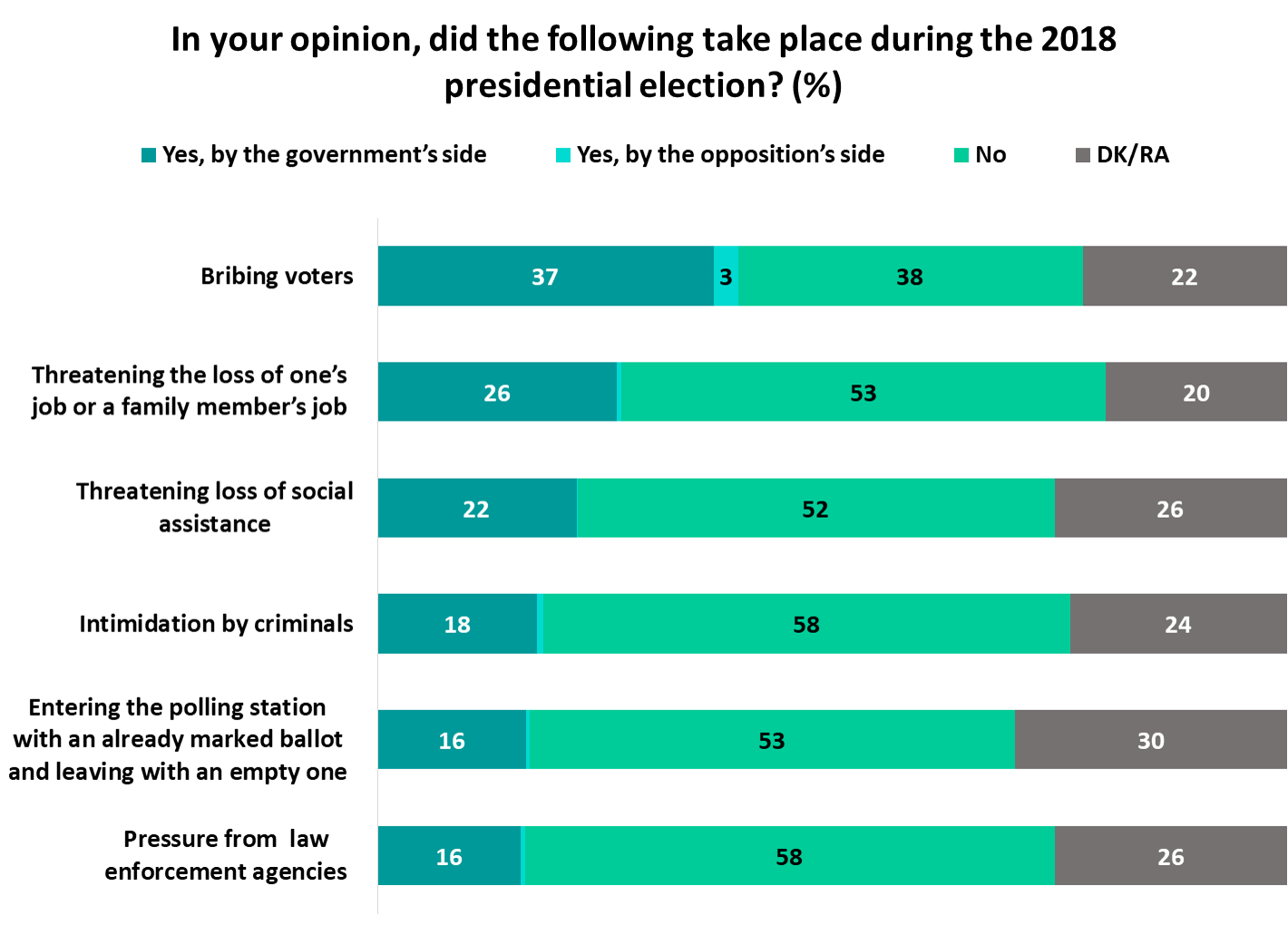 The majority of the population positively assessed the so-called “debt relief” initiative supported by the government in the run up to the second round of the presidential election. At the same time, most of the respondents share a view that this programme was first and foremost the ruling party’s attempt to secure votes before the election rather than a struggle against over-indebtedness. 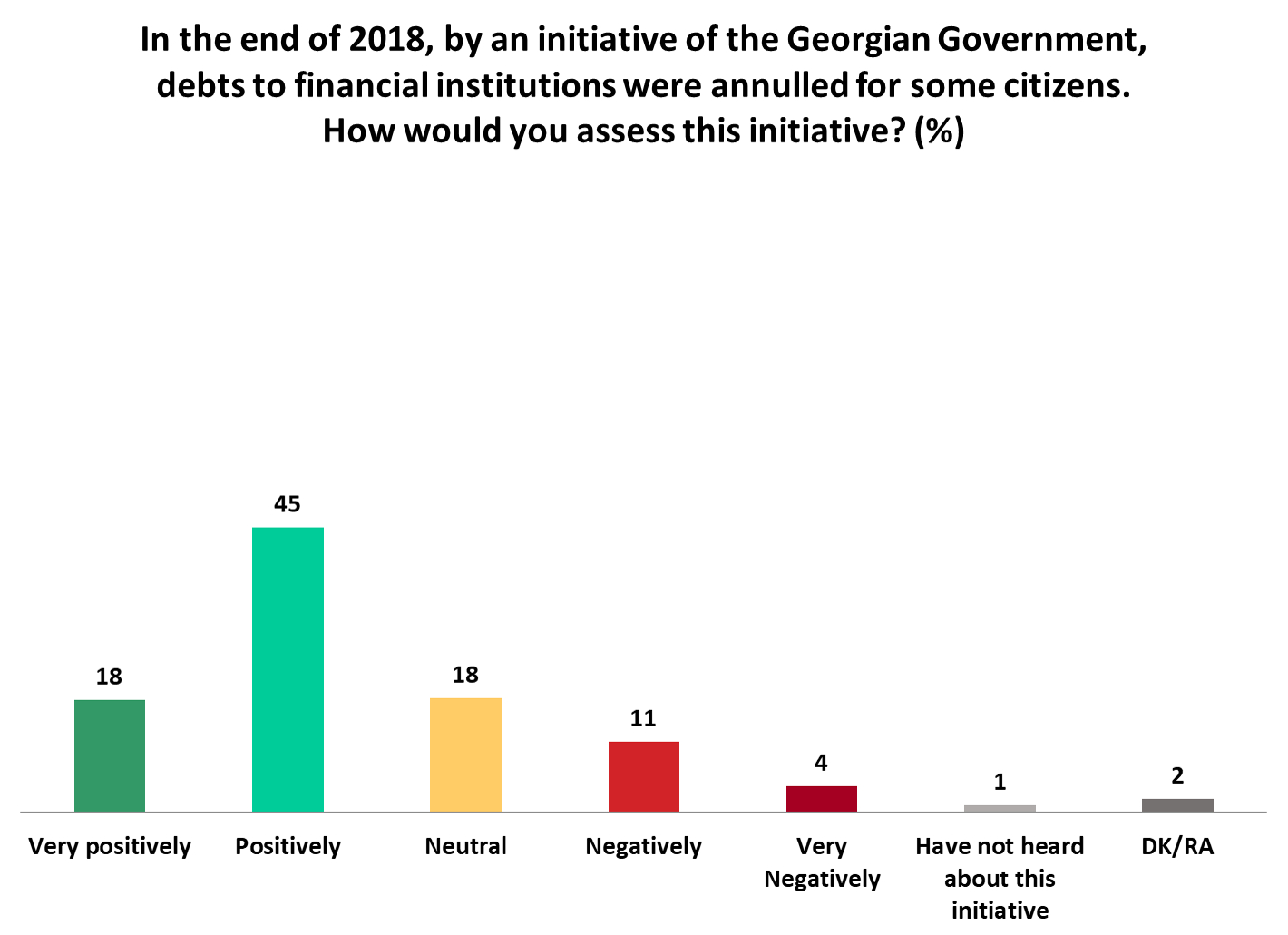 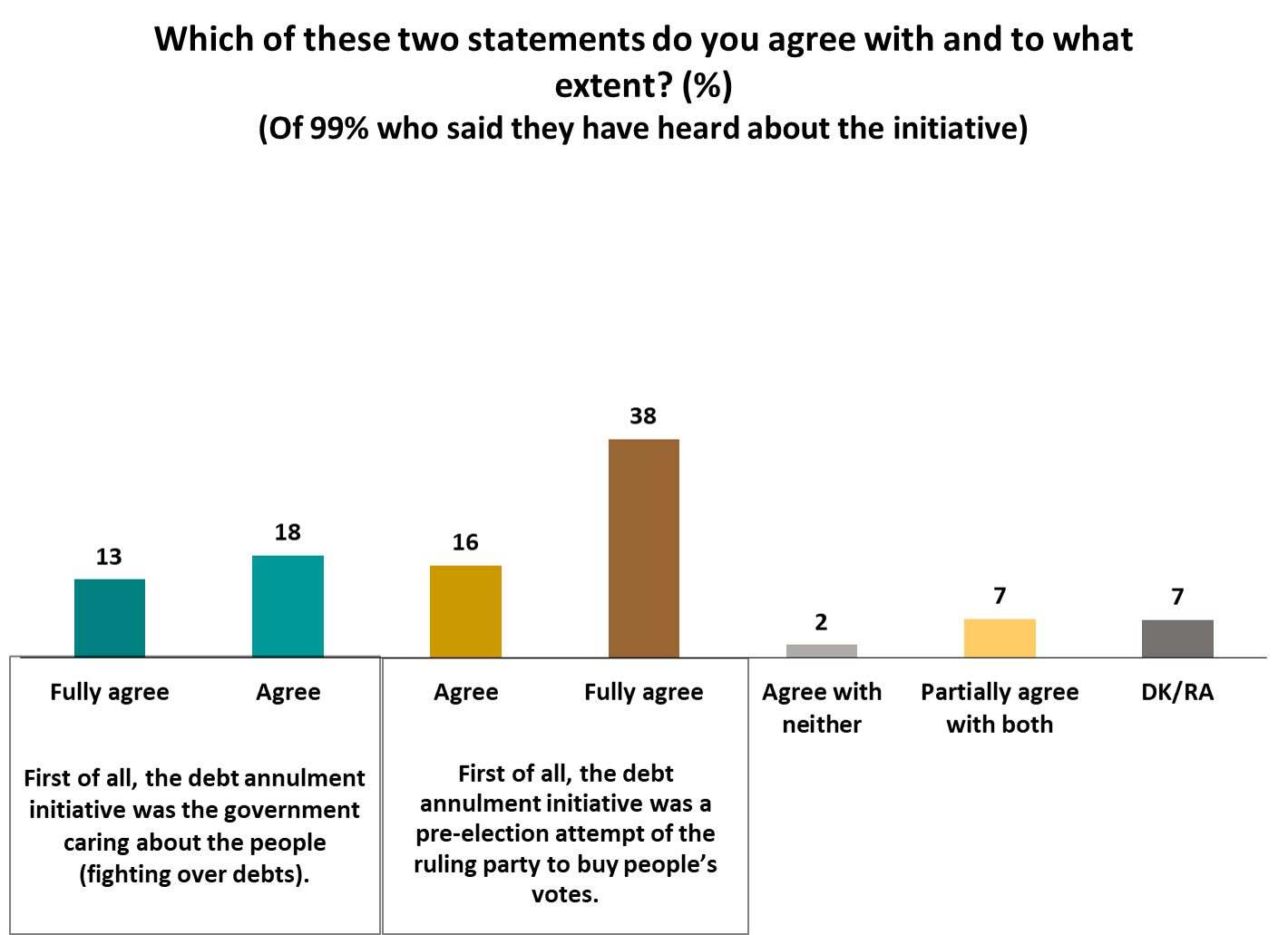 Eighty percent of the respondents said that the “debt relief” programme did not include them or their family members . 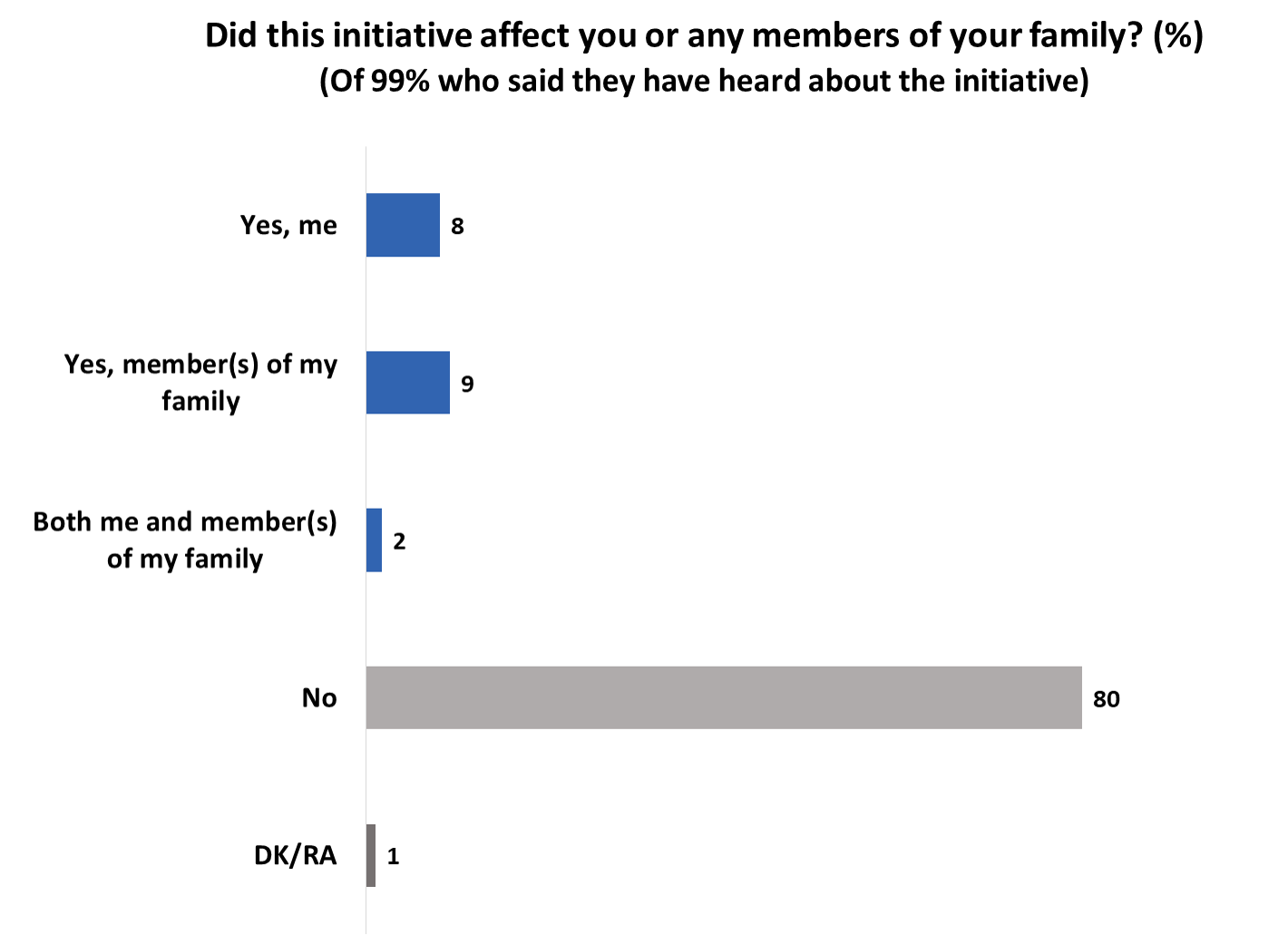 The survey has also demonstrated that 80% of the population see the need for the appearance of a new political force in Georgian politics. 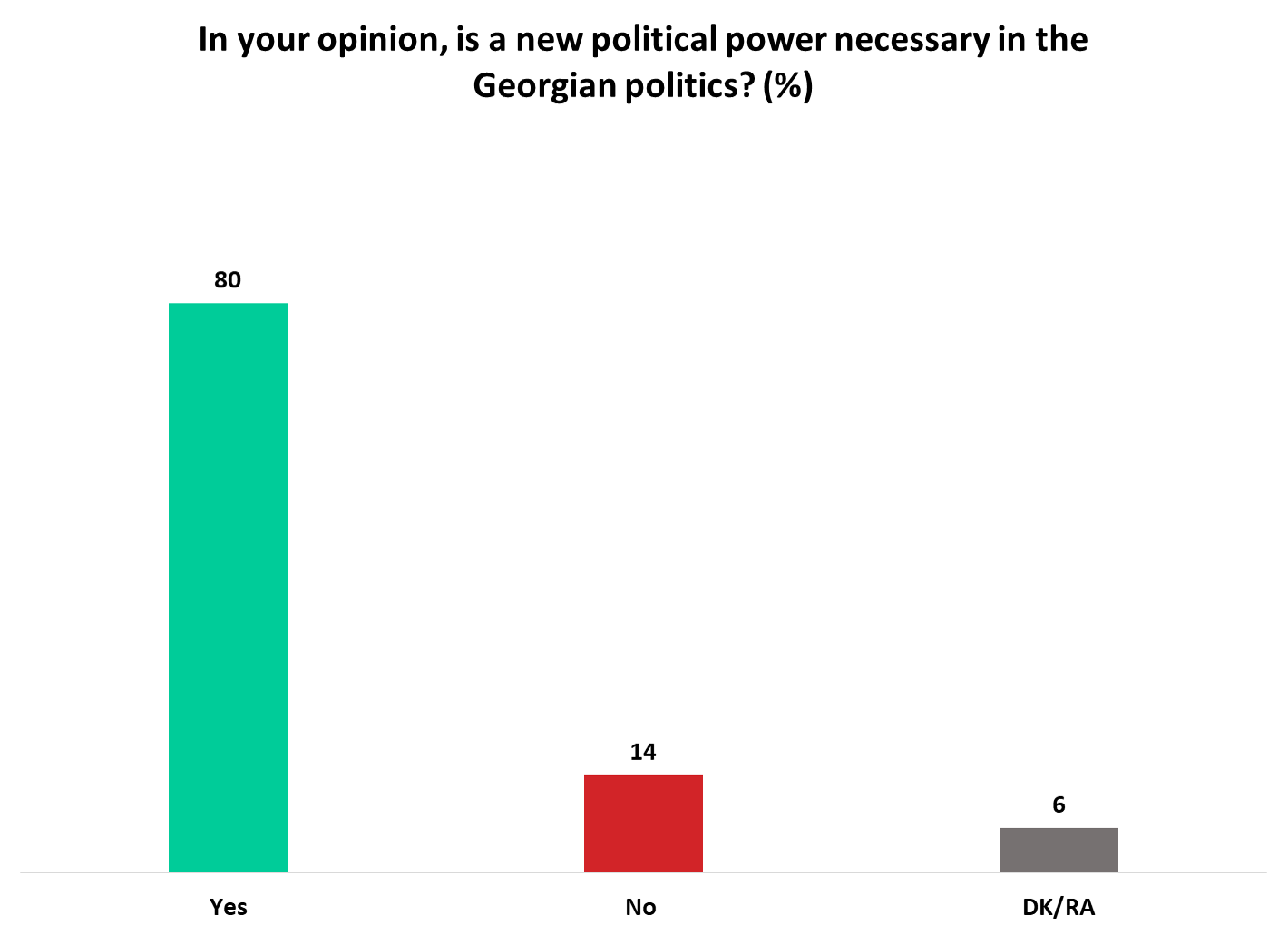 In December 2017, two pupils were murdered in a fight among school pupils on Khorava Street in Tbilisi. After the events that unfolded as a result of this incident, the country’s Chief Prosecutor resigned and an investigative commission was established in Parliament. The public opinion poll has shown that the vast majority of the population (96%) is aware of this fact. 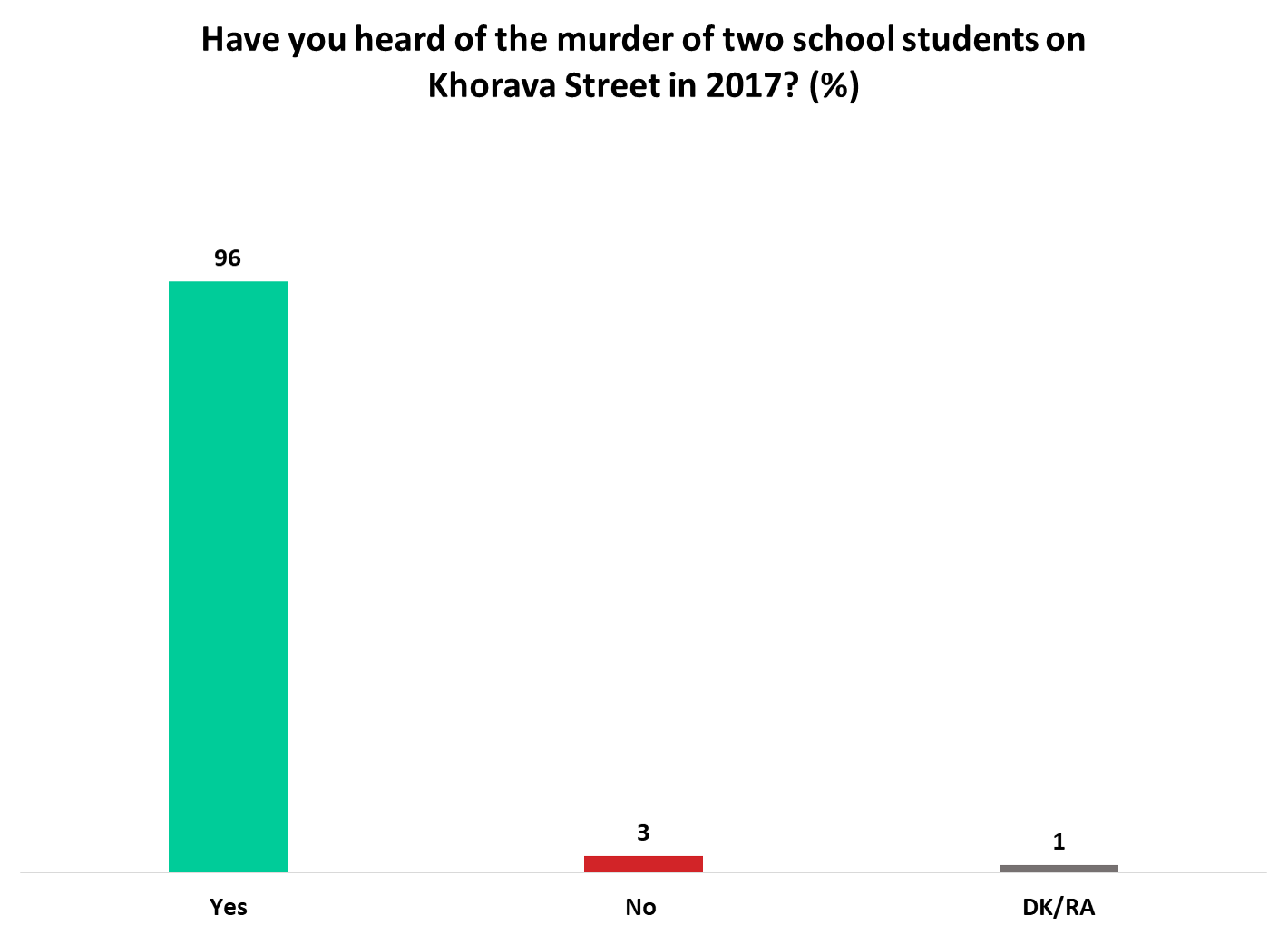 At the same time, in the opinion of 84% of the respondents, the so-called “Khorava Street case” was not properly investigated by the law enforcement. 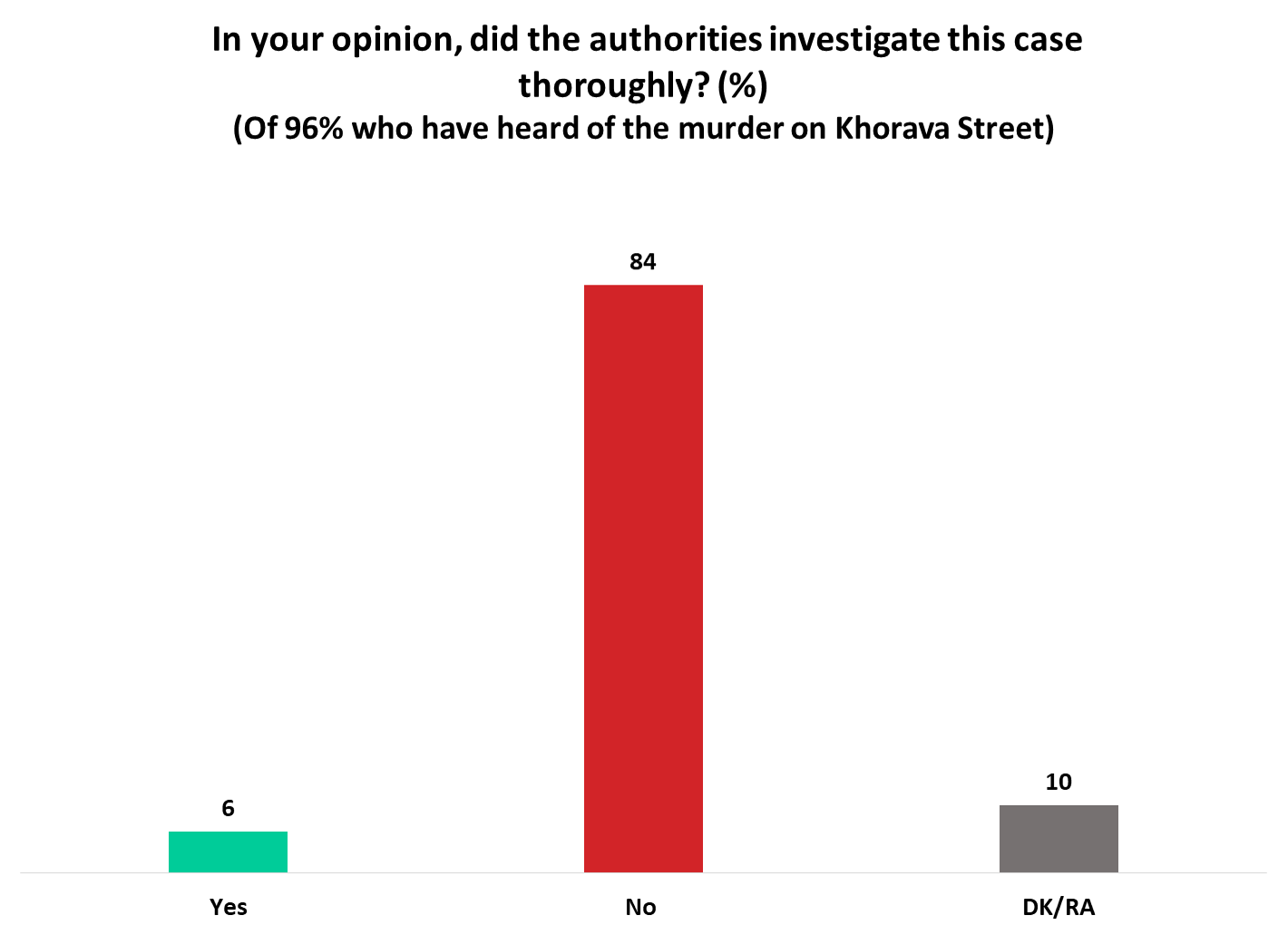 According to 79% of the survey participants, it would be a good decision in general to create a parliamentary investigative commission when high-profile cases are concerned. 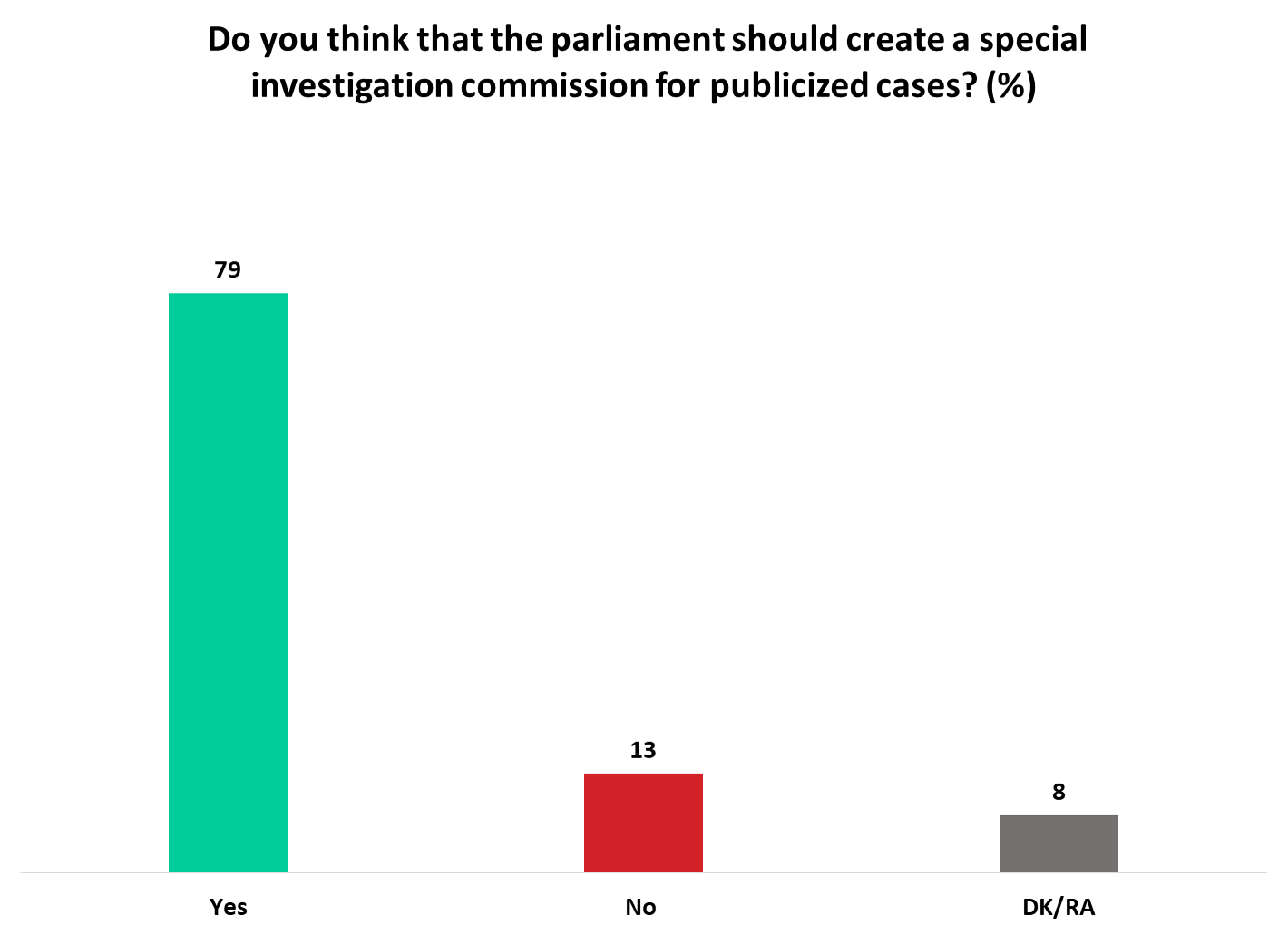 Within the framework of the survey, we also looked at the public opinion regarding the new credit regulations: 64% of the survey participants were aware about the new restrictions imposed by the National Bank on issuing loans starting from 1 January 2019. 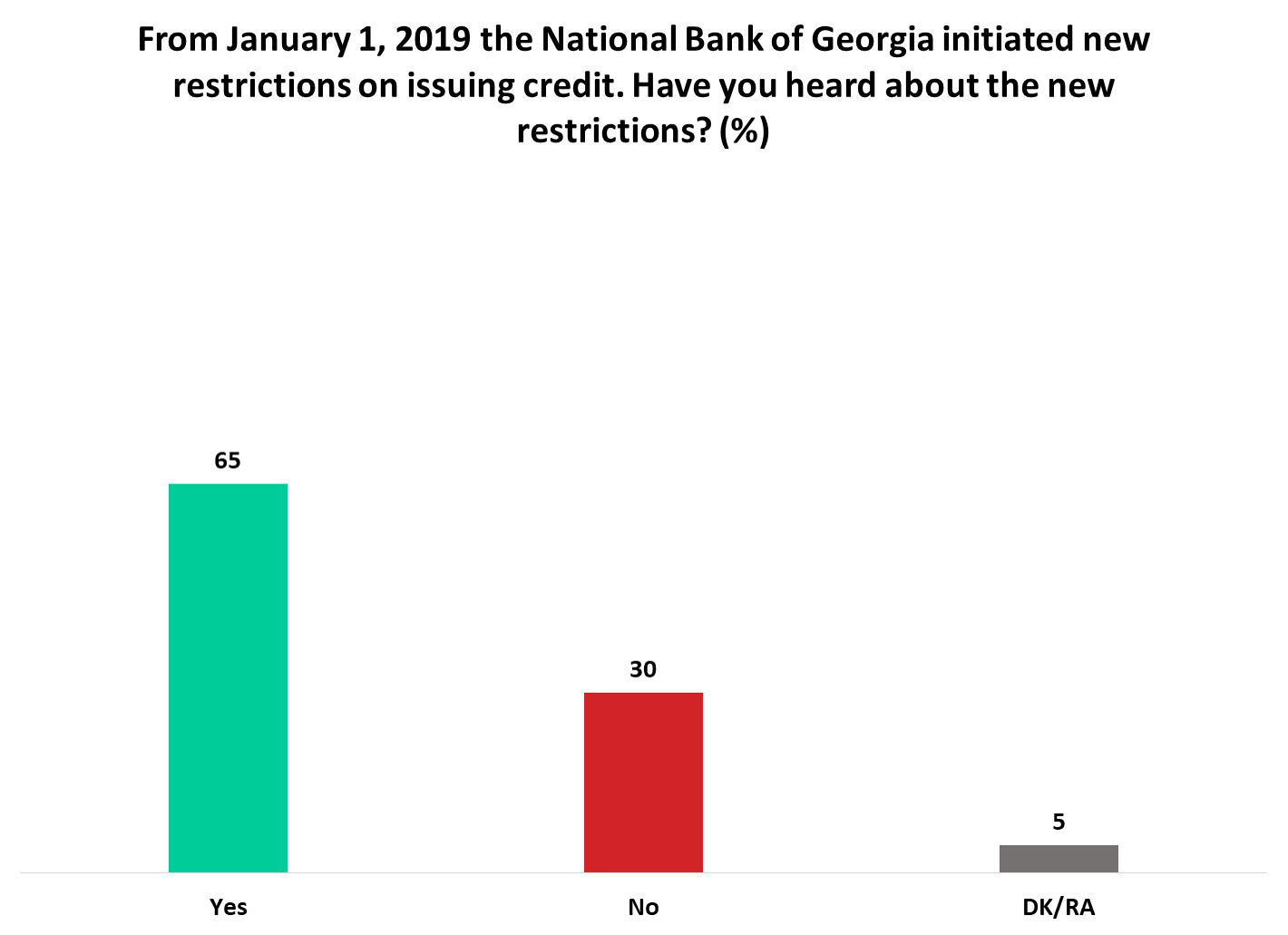 After the aforementioned changes were put into effect, 14% of the respondents tried to take out new loans; 64% of them experienced problems in the process of receiving the credit. 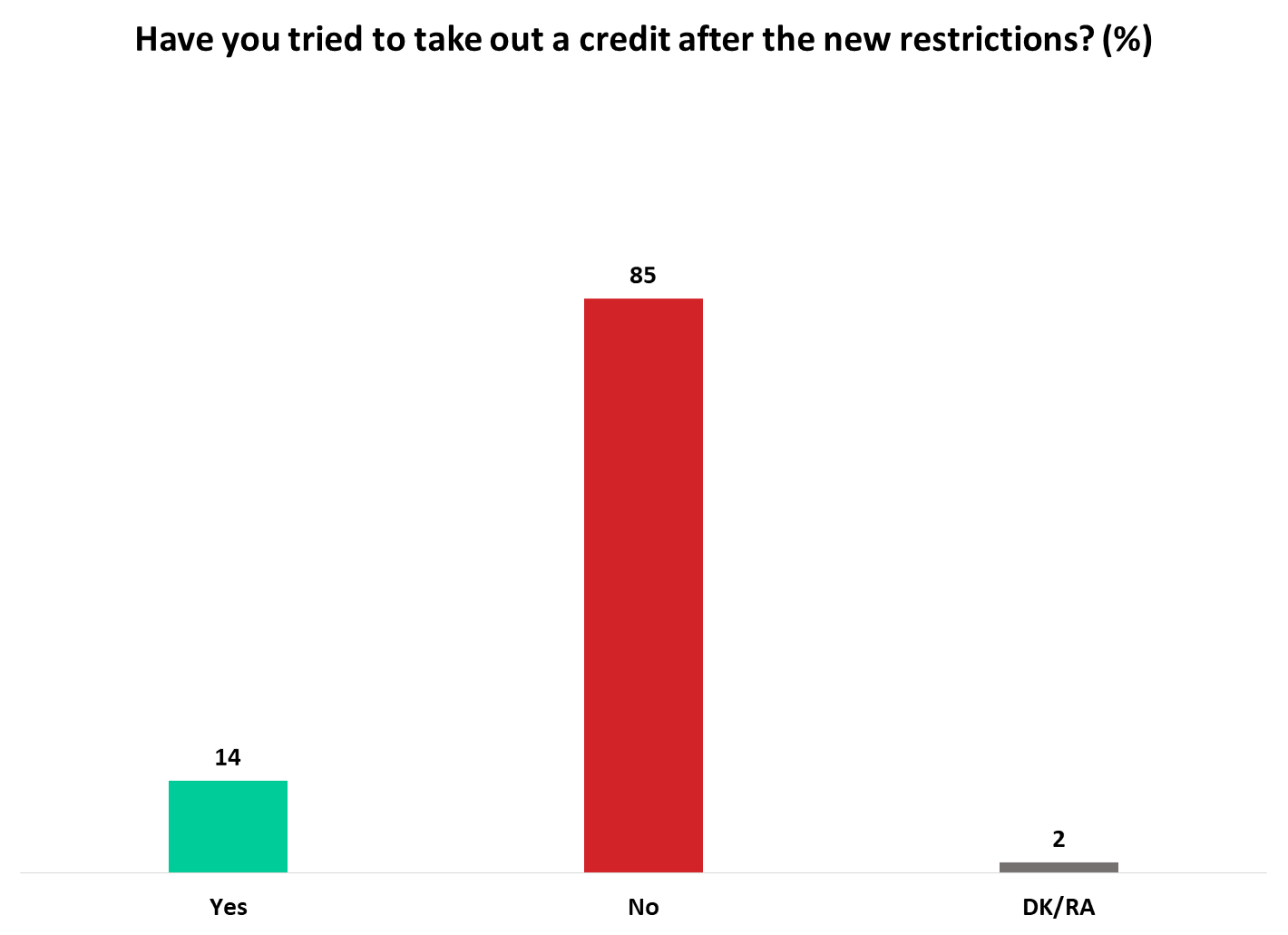 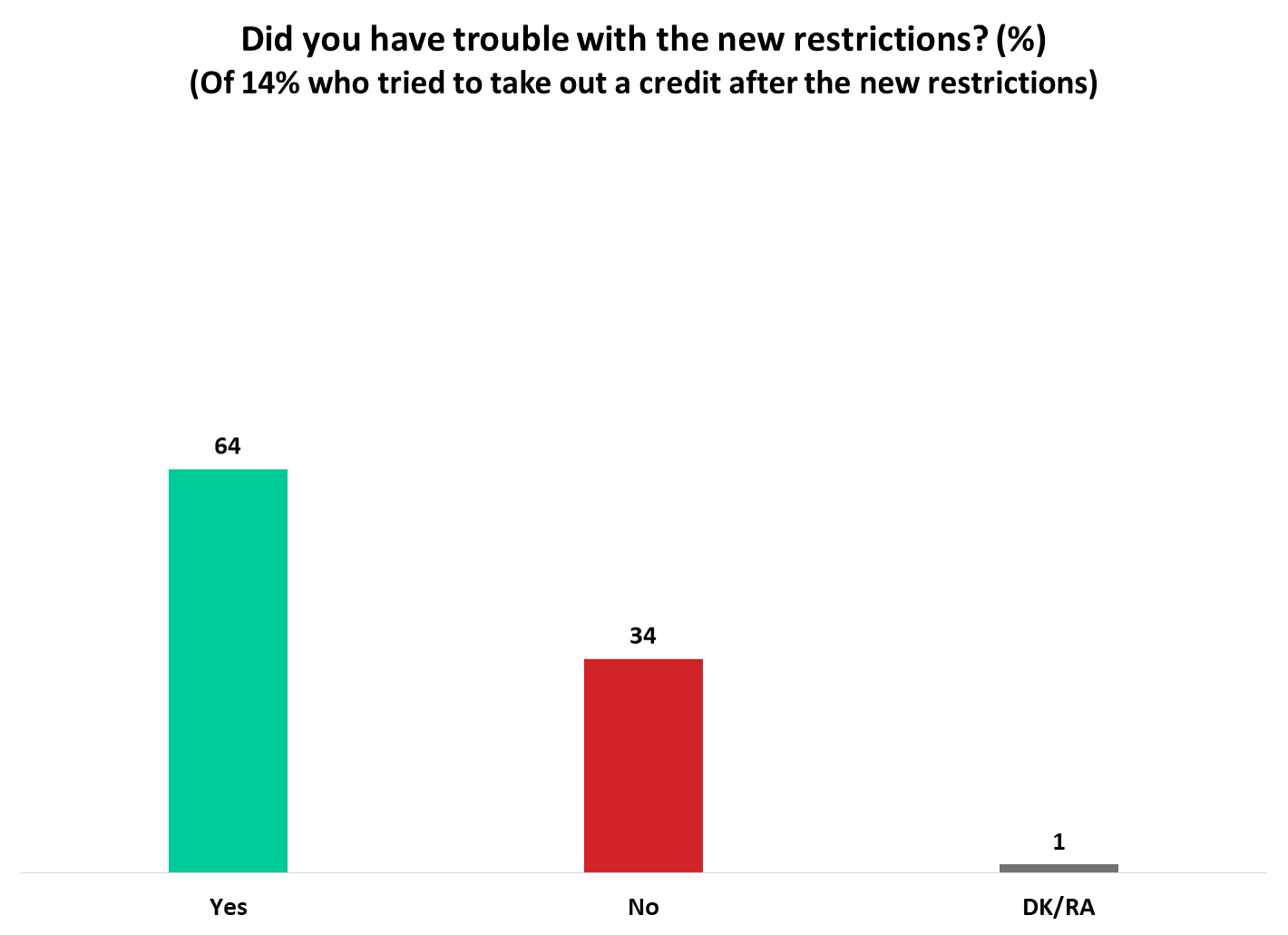 On 1 January 2019, another large-scale state initiative was launched, introducing a mandatory participation of employees in the defined contribution pension scheme. Eighty-seven percent of the survey participants were aware of the new pension scheme but the majority of people (53%) assessed this programme negatively. 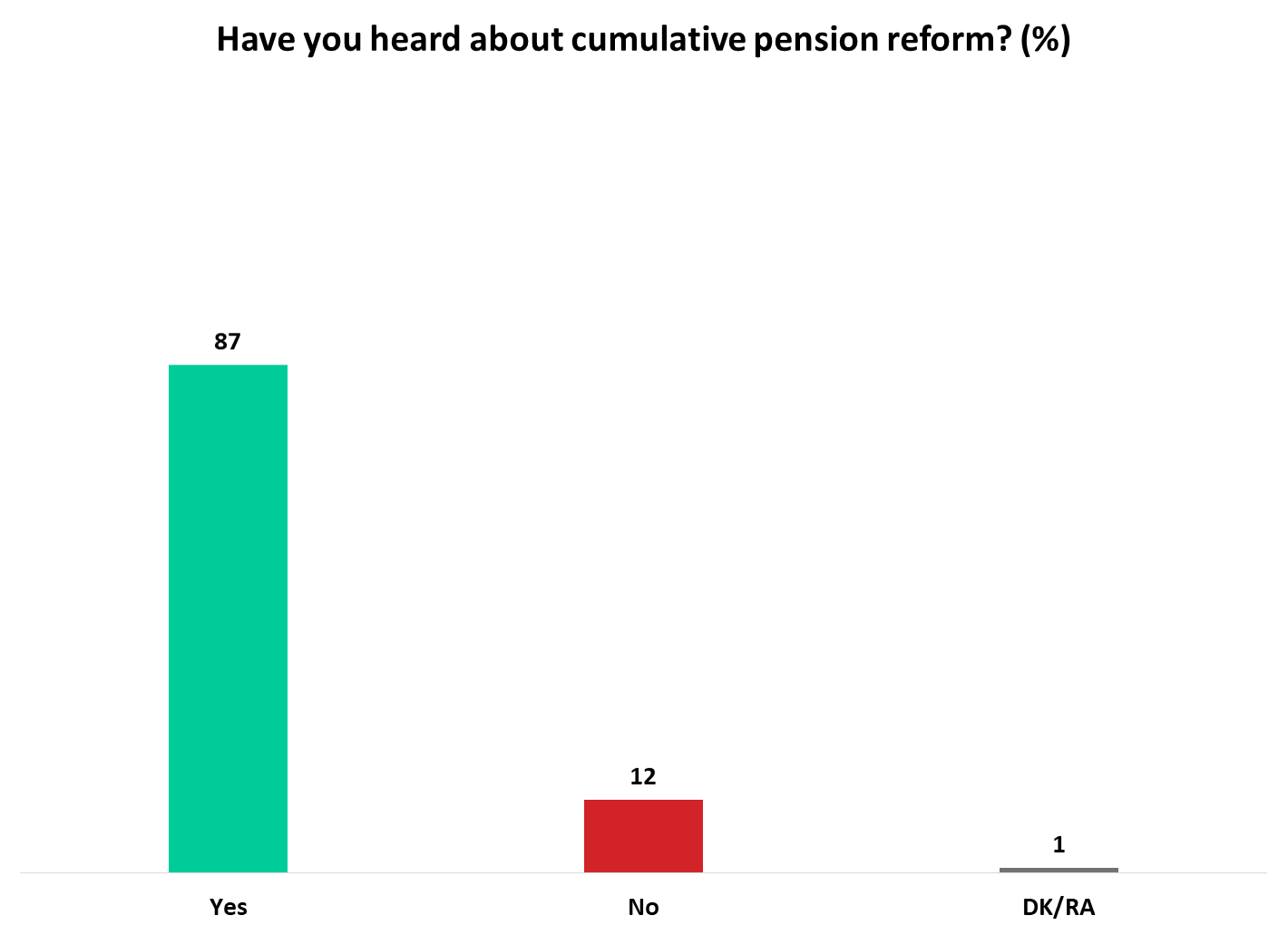 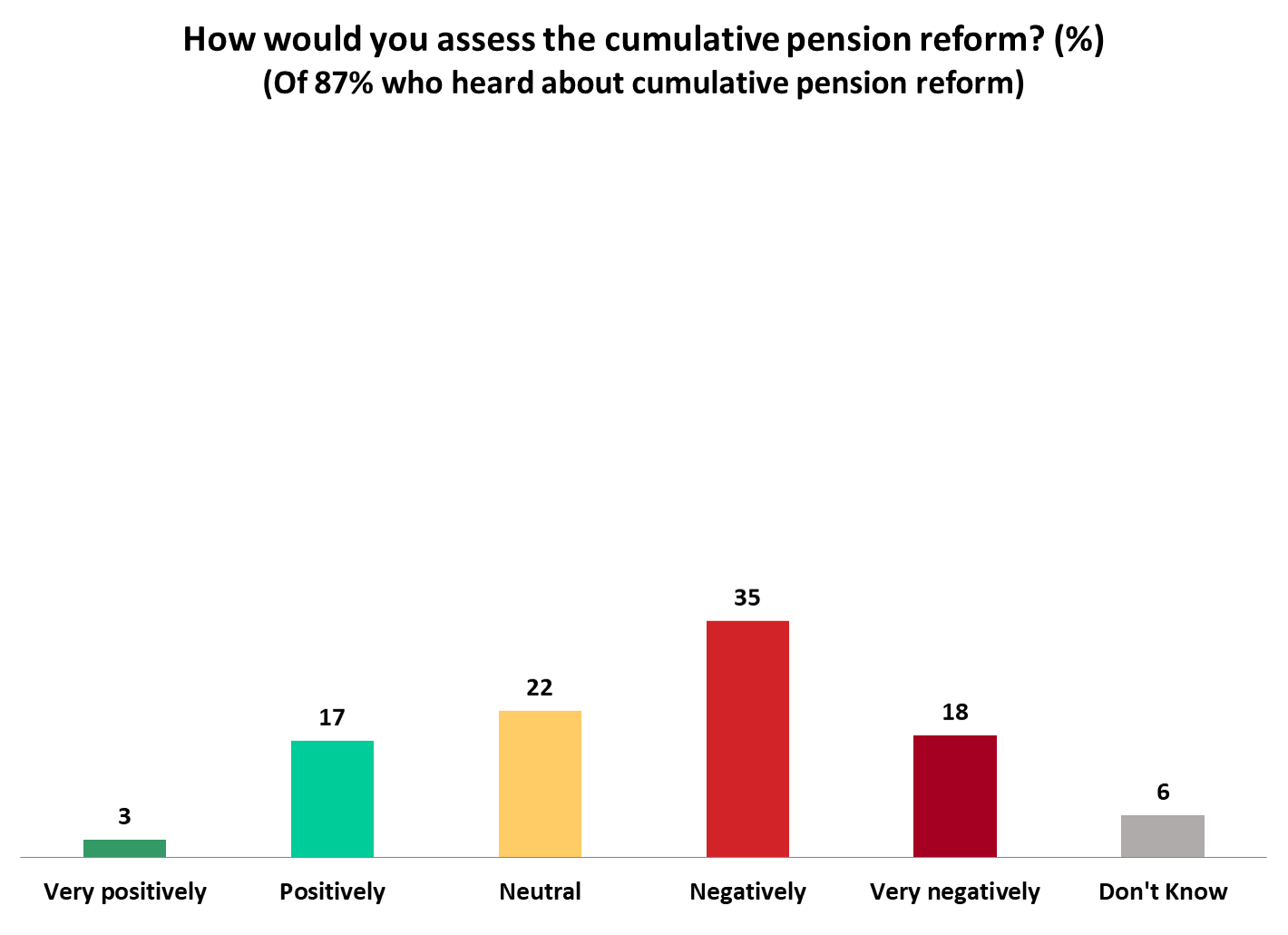 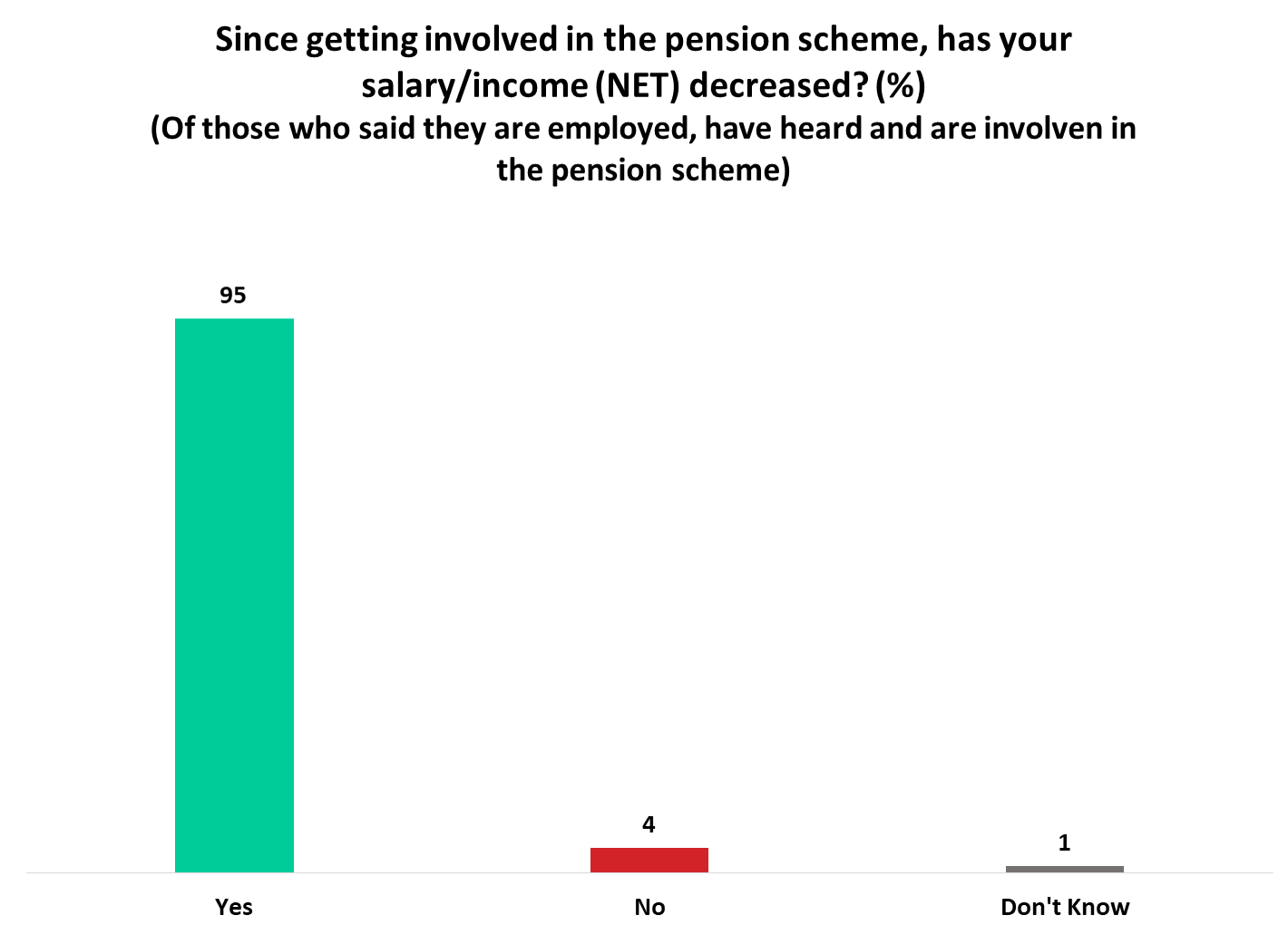 At the beginning of this year, the minister of education said that, starting from 2020, the general skills examination exam would not be mandatory for admission to universities at the bachelor level, while the exit examinations for the 11th and 12 th grade school pupils will be abolished altogether in the next two years. During the survey, we asked for the Georgian population’s opinion about this issue.

The majority of the survey participants did not agree with the education minister’s initiative and thought that passing the general skills examination should be mandatory. The abolition of exit examinations had even more opponents, specifically, 73% of the respondents did not want these examinations to be abolished. 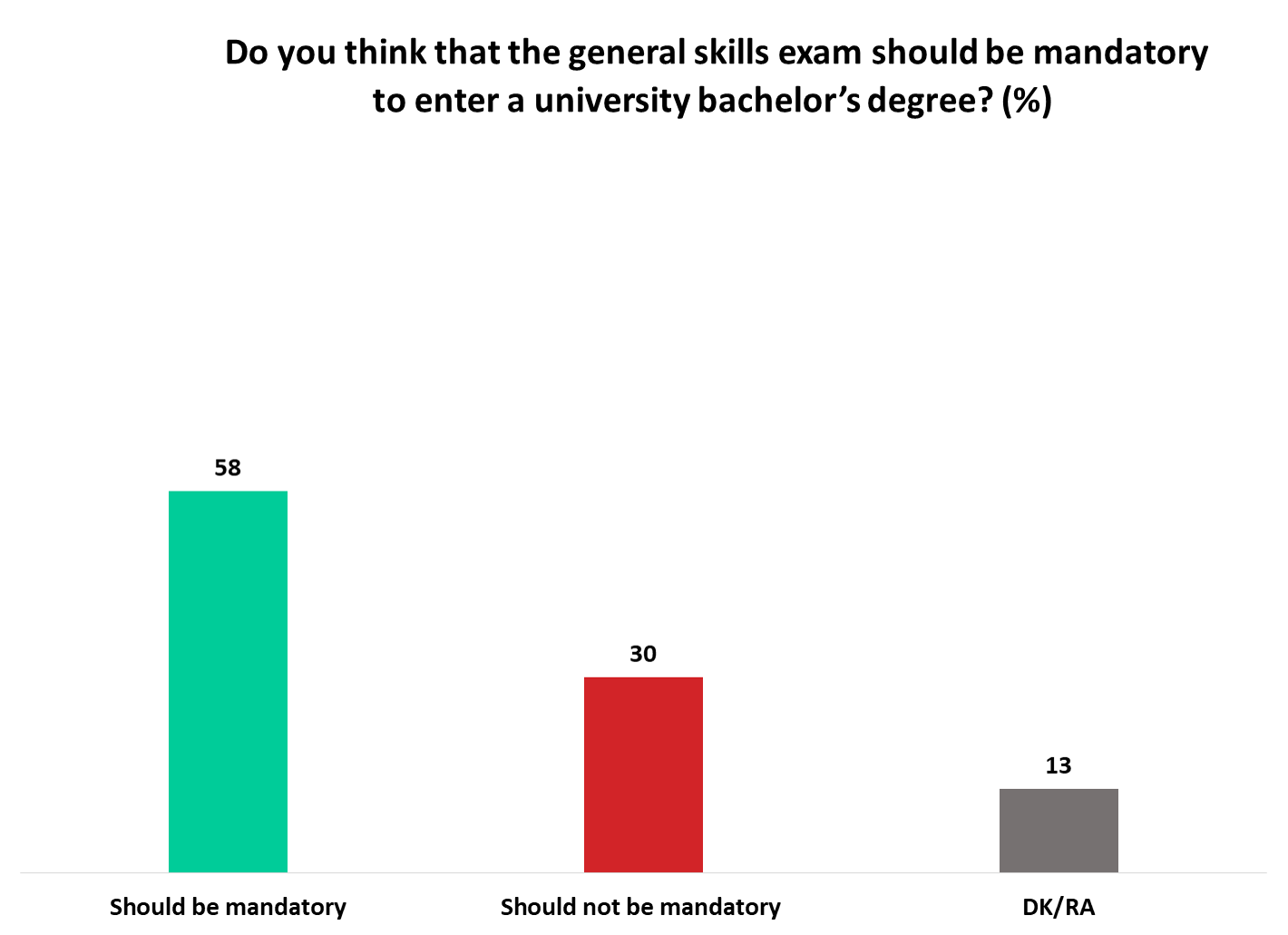 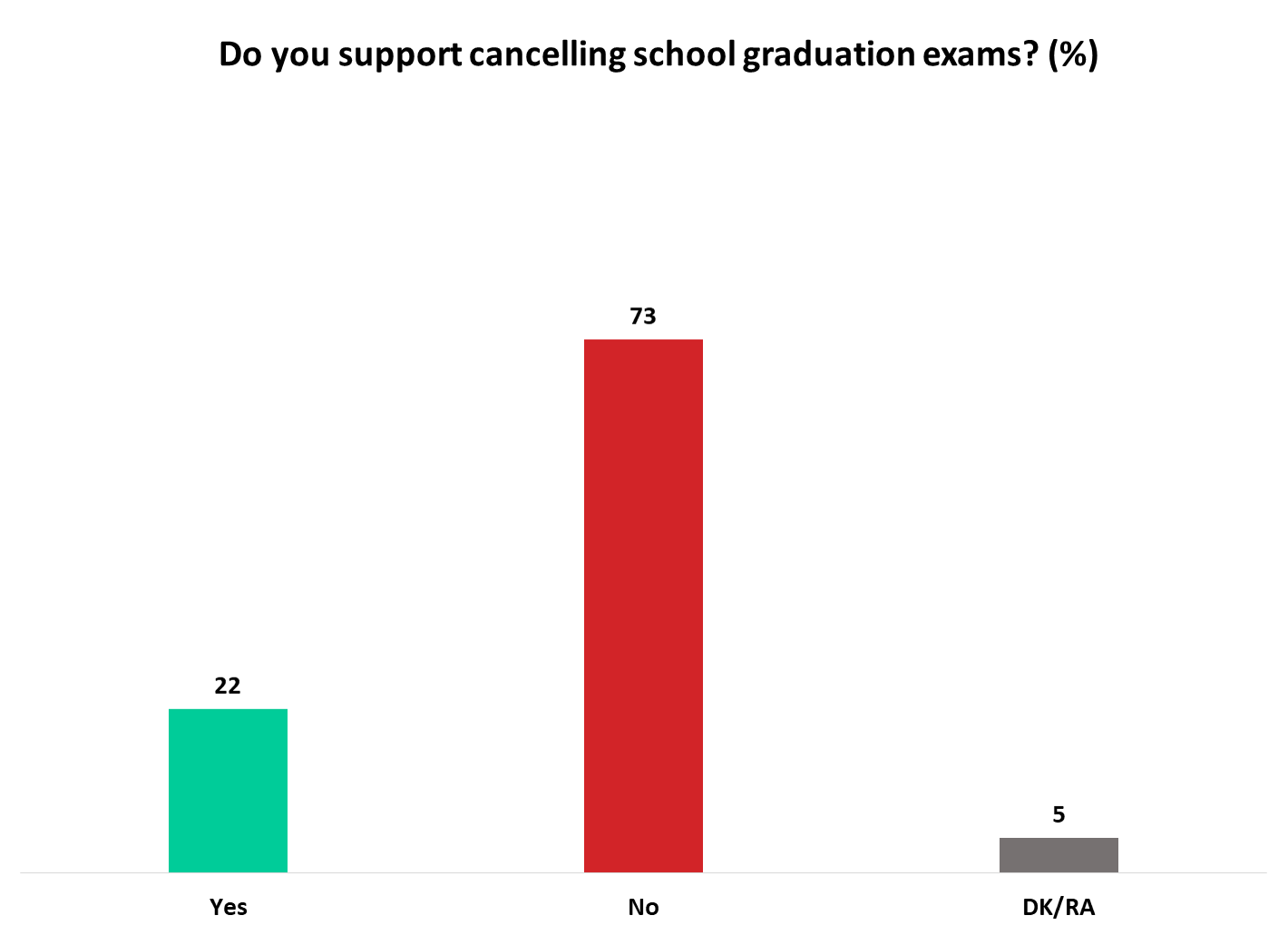 In September 2018, Transparency International Georgia published a study about school education, according to which, in the past six-seven years, the quality of school education in Georgia has remained virtually unchanged, while the funding of this programme from the budget doubled during the same period. 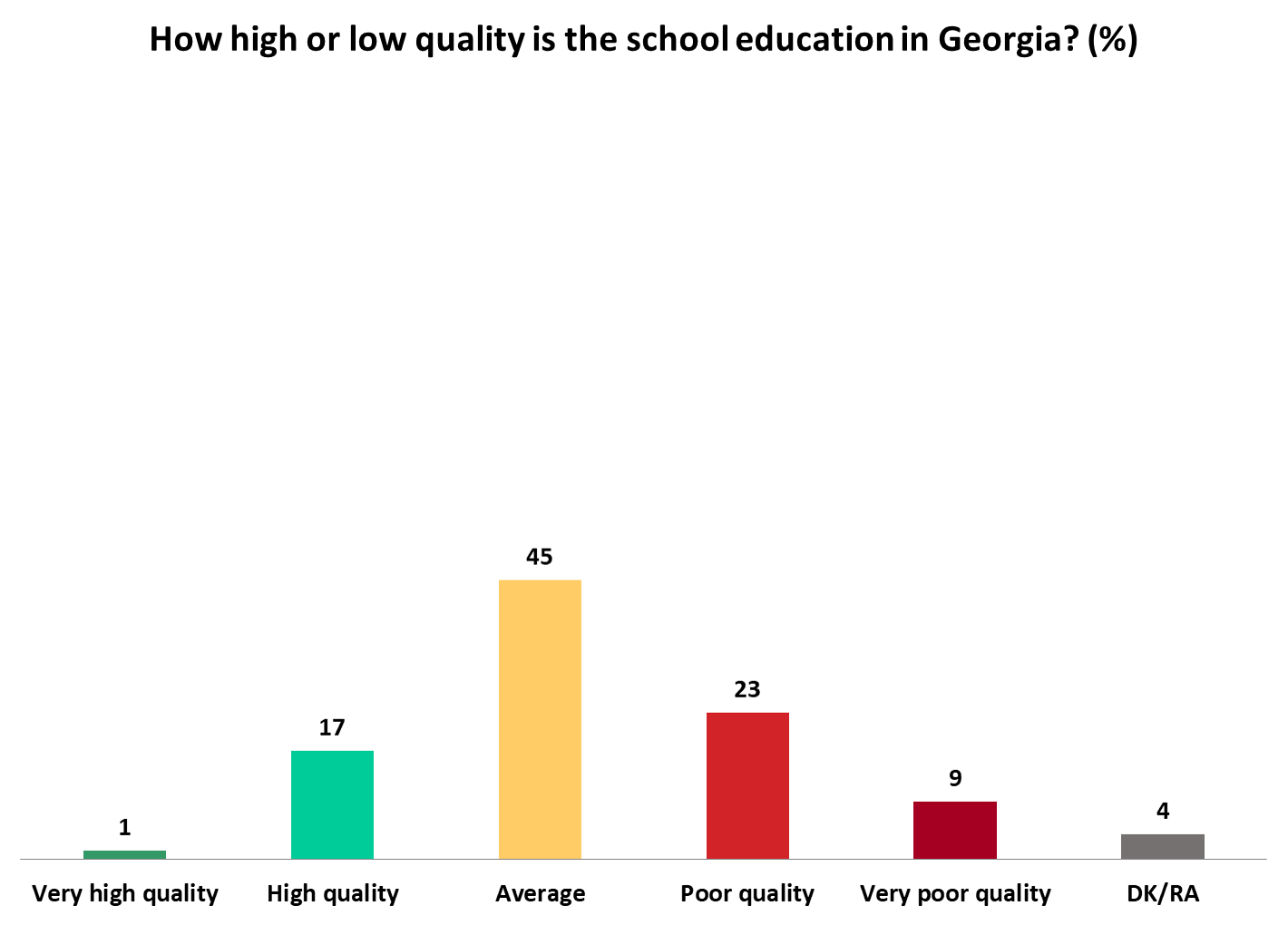 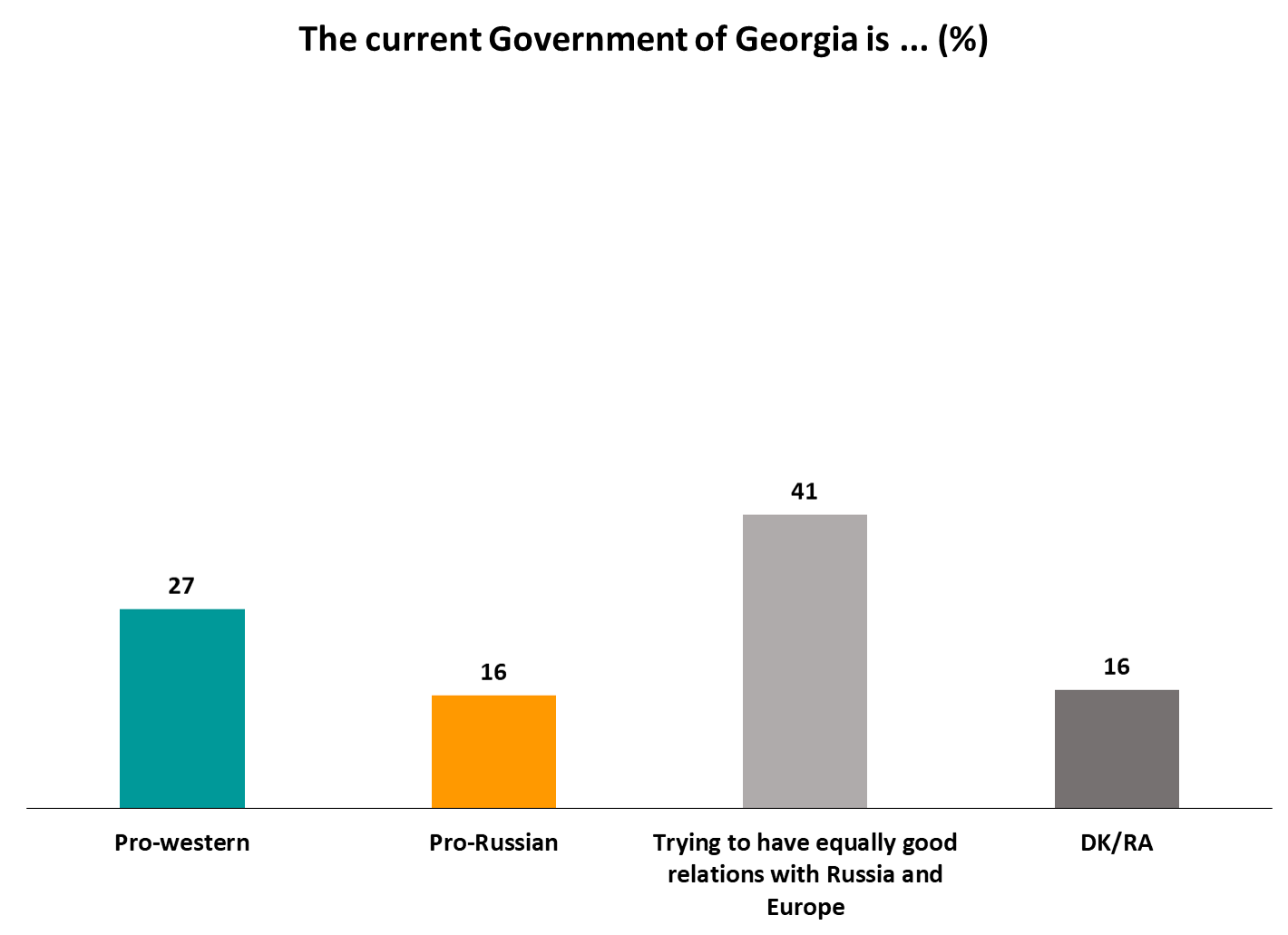 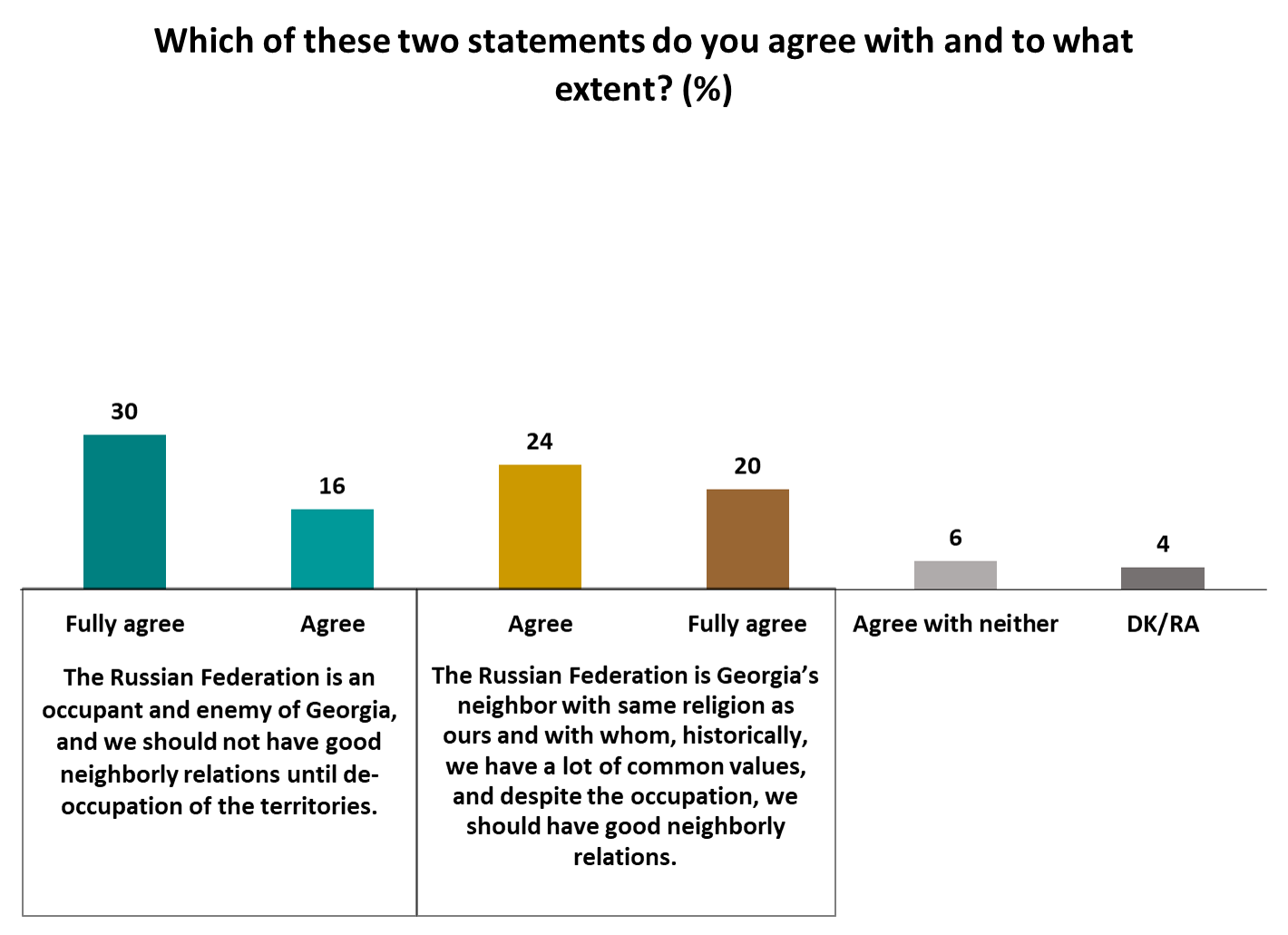 The survey has shown that 36% of the population is aware of special Facebook pages, which disseminate fake news and are allegedly backed by the government or the opposition. Recently, and especially during the 2018 Presidential Election, dozens of pages were created on the country’s most popular social network, Facebook, which were disseminating false information. Fifty-nine percent were not aware of such pages. 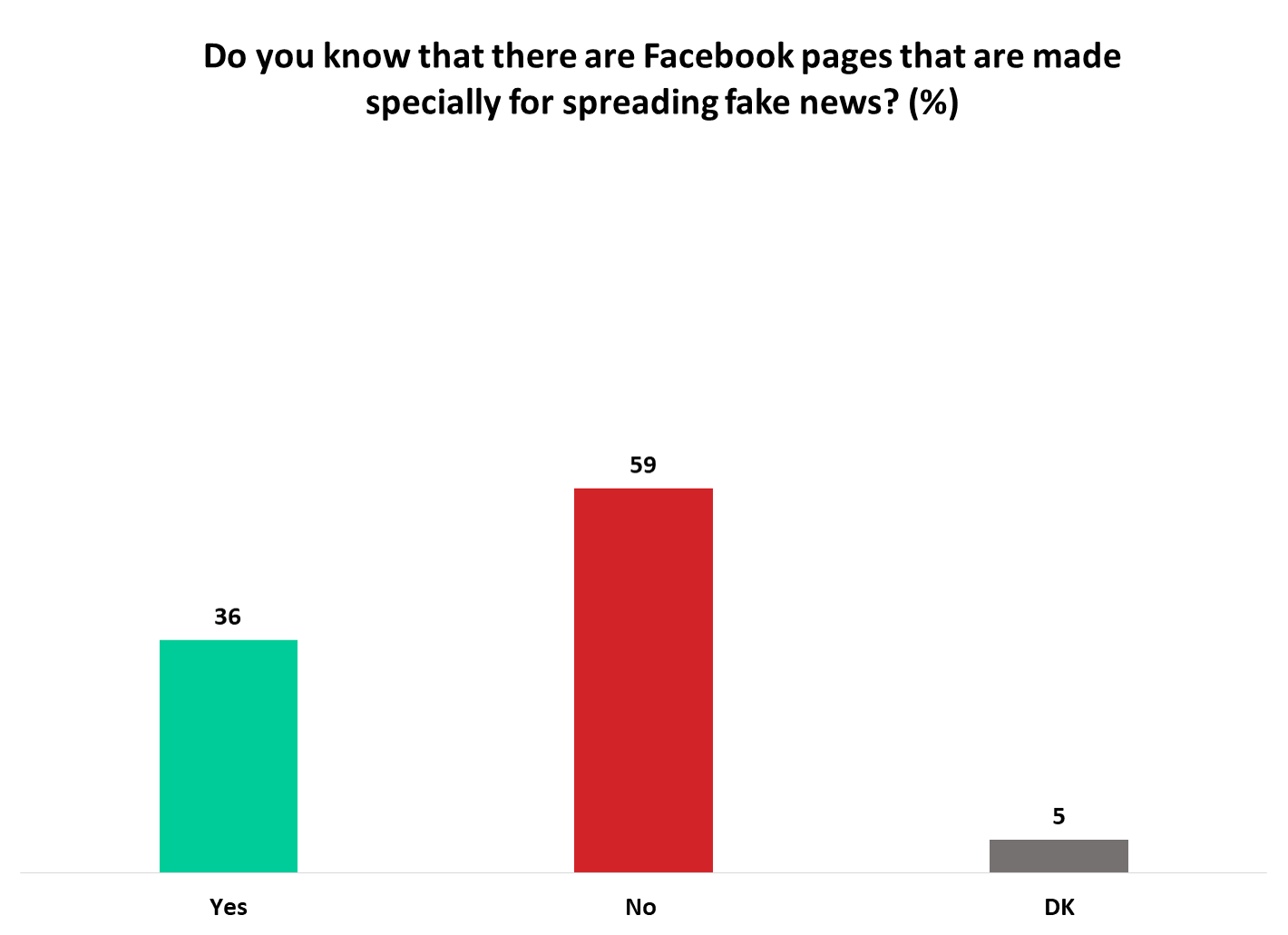 Of 36% who were aware, 15% thought that the government backs the fake pages, while 10% believed it to be the opposition. The majority – 60% - said they did not know or refused to answer. 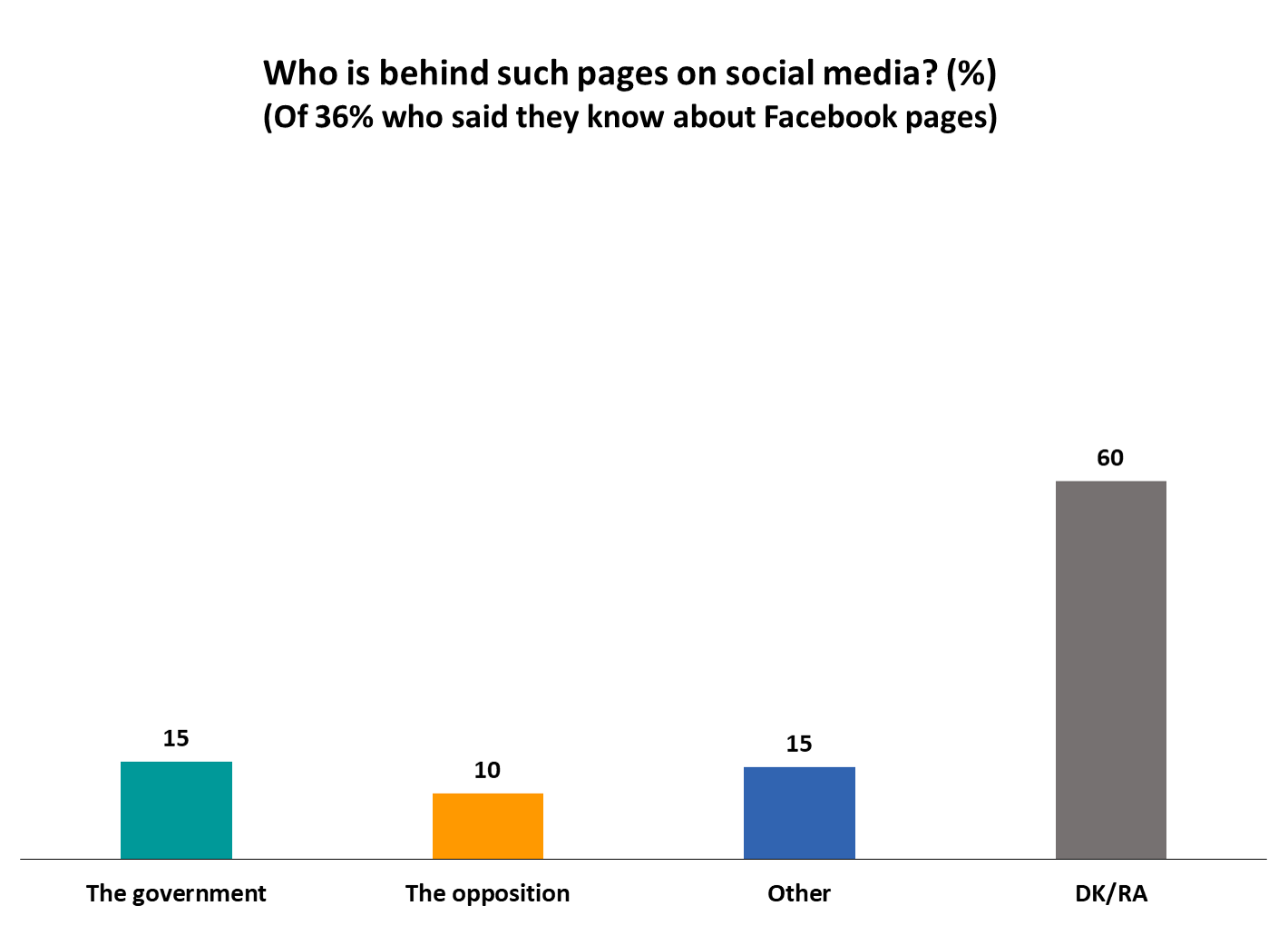 Interestingly, of the 15% who answered “Other” to the question “Who is behind fake pages?”, almost half (46%) explained when asked to specify that they implied “both the government and the opposition” by “other”. 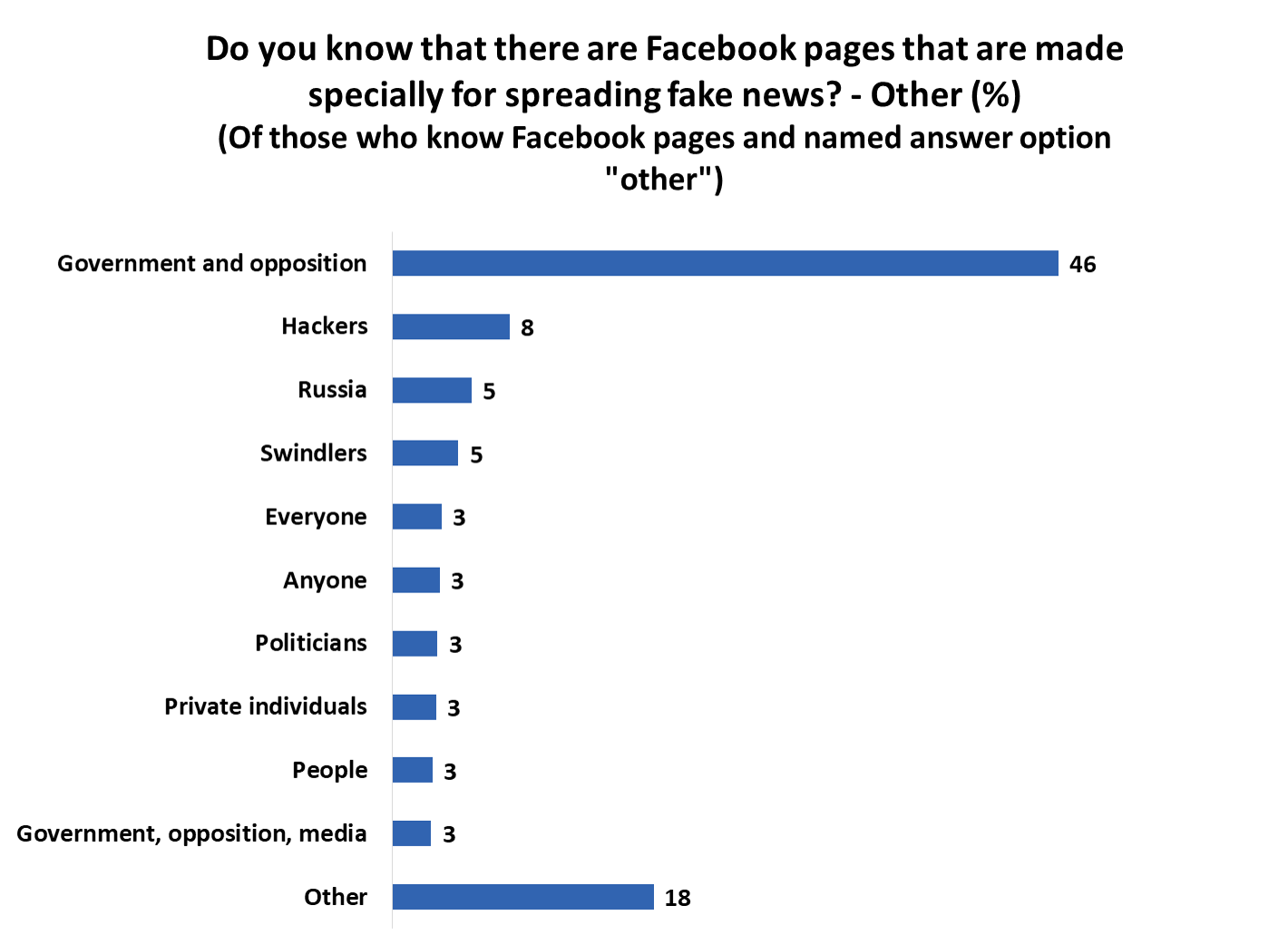 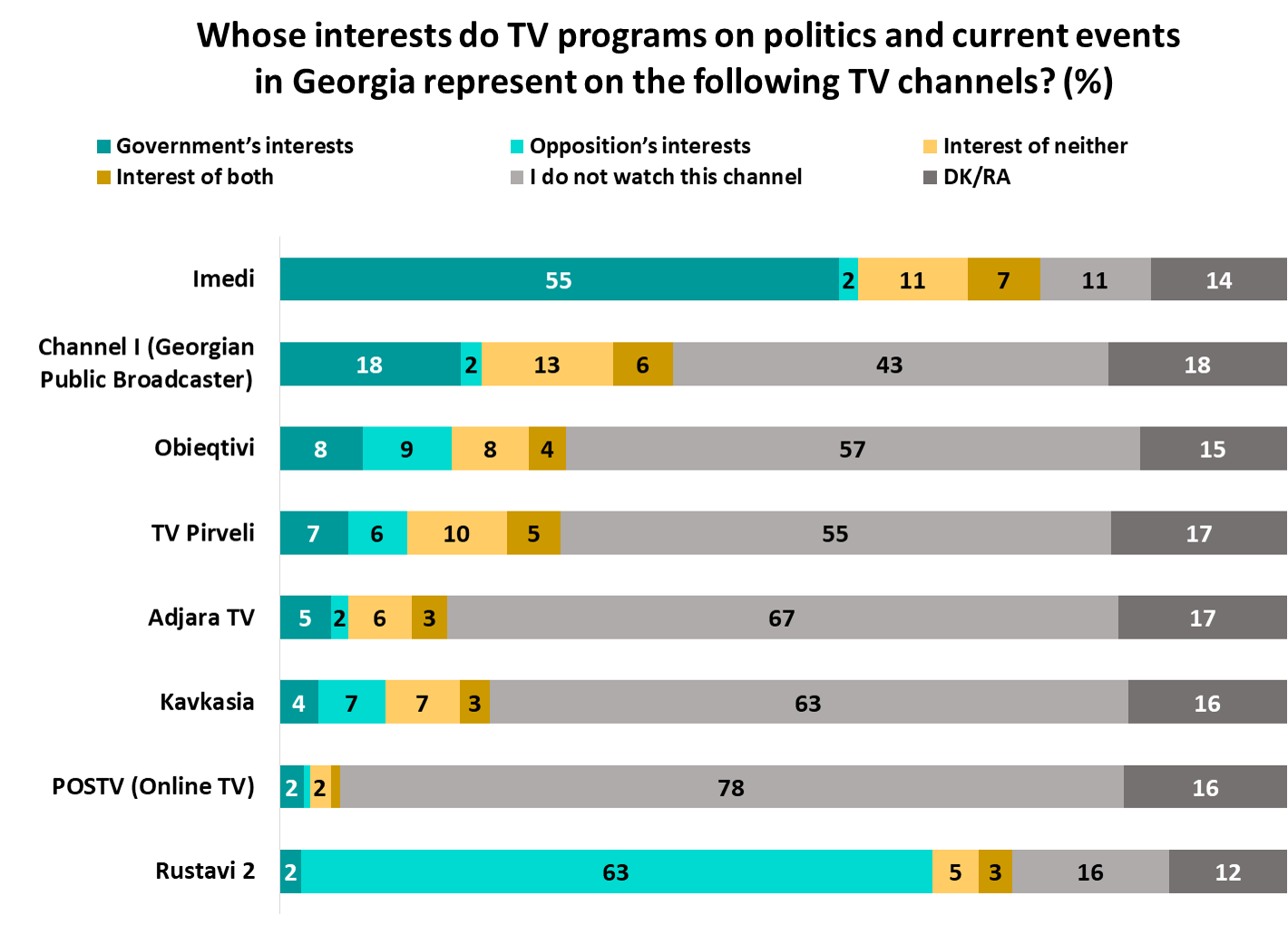 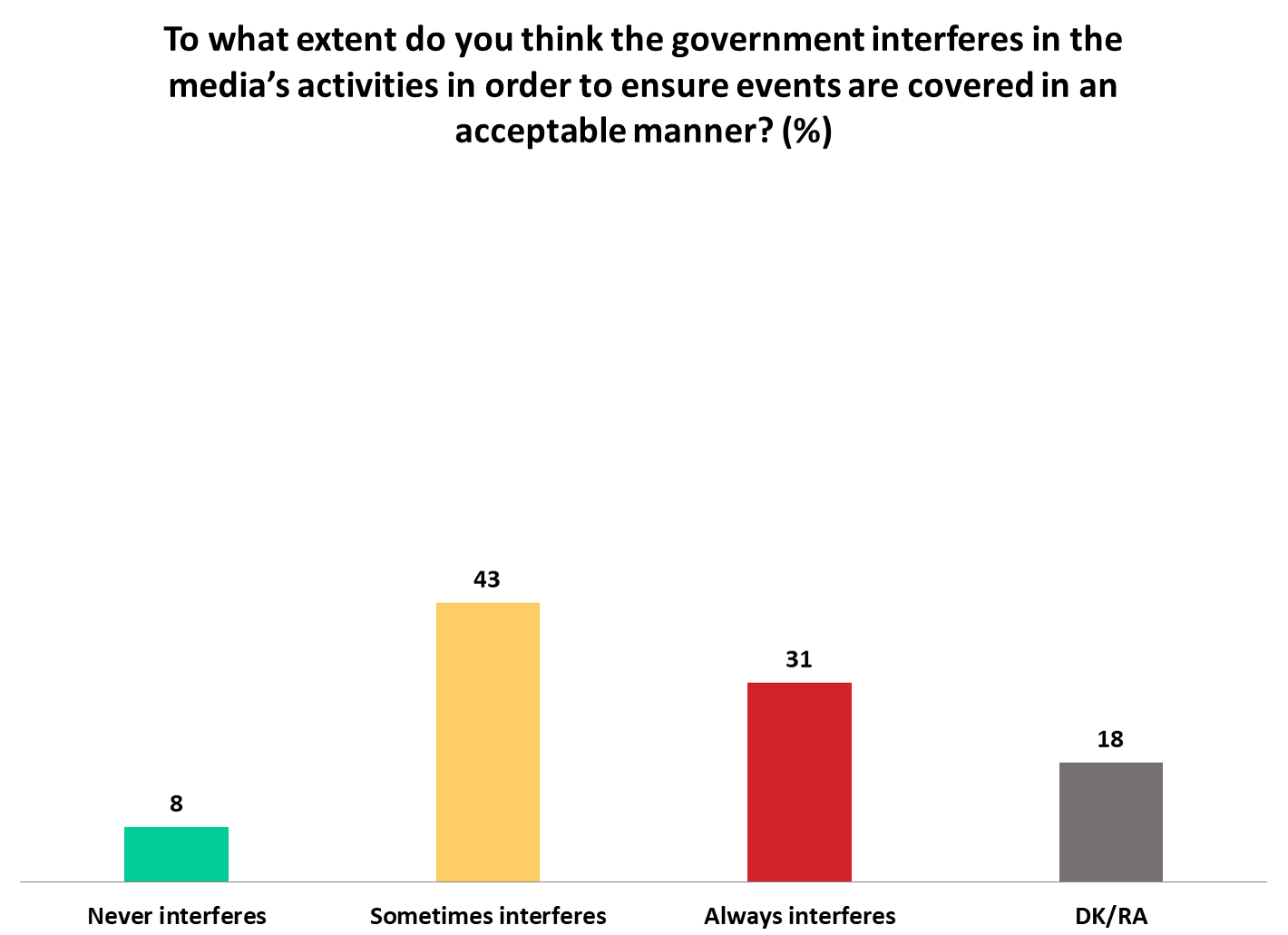