We have checked the official website of the Oni Municipality (http://oni.gov.ge/) and assessed the level of its transparency and completeness in accordance with the practice established in the majority of municipalities.

As revealed by our research, the Oni Municipality fails to publish most of the public information on its website.

See detailed information in the tables below: 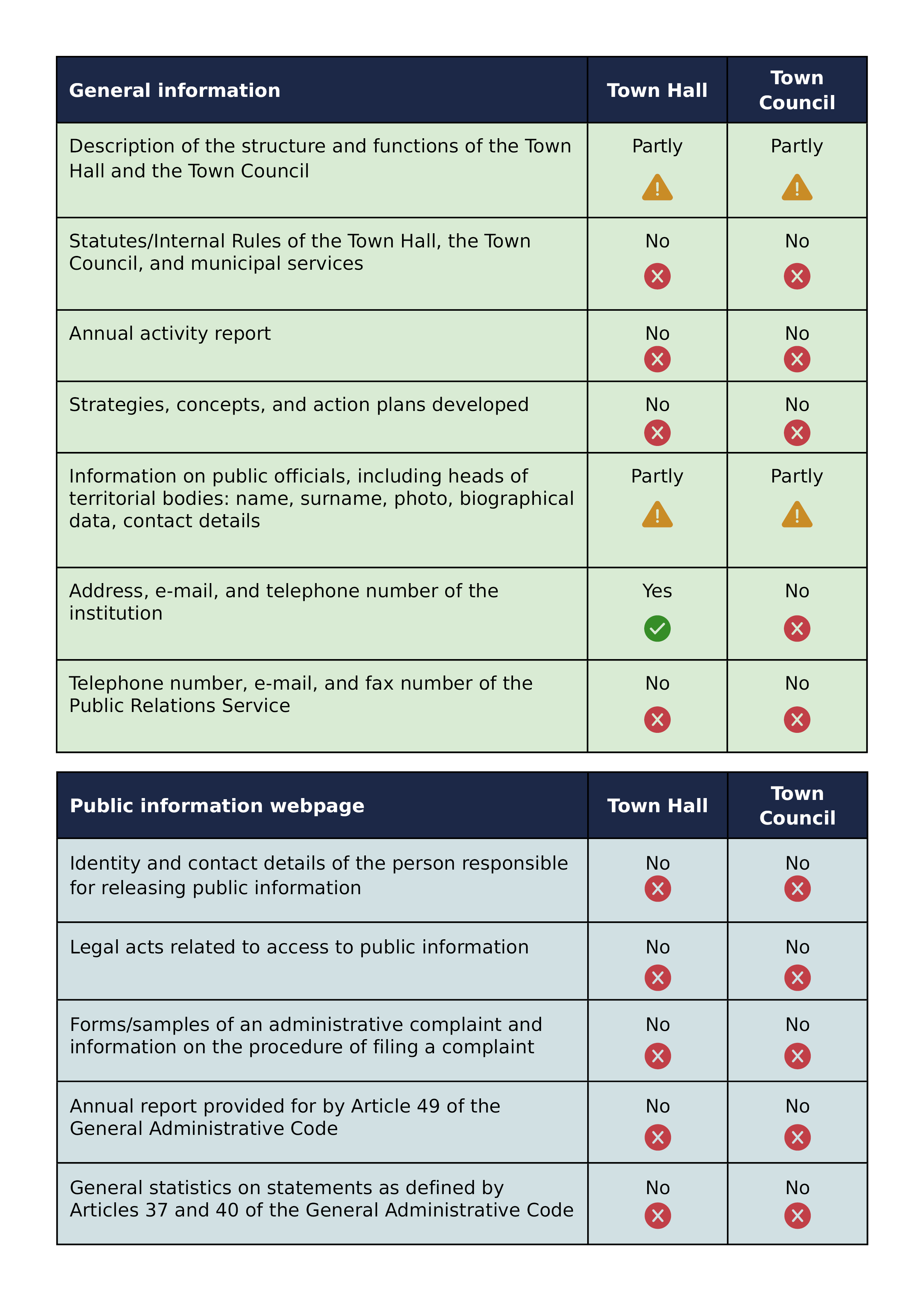 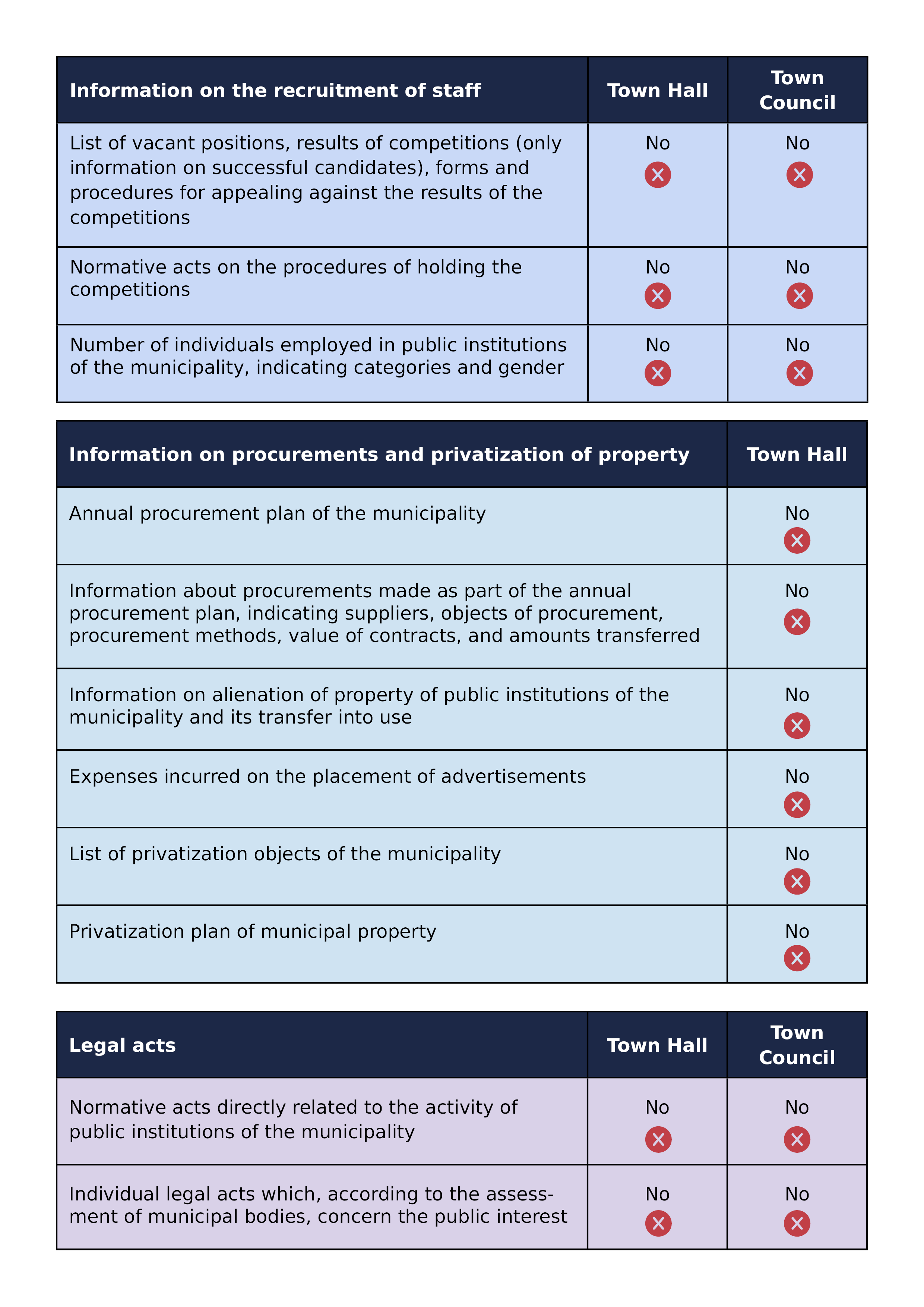 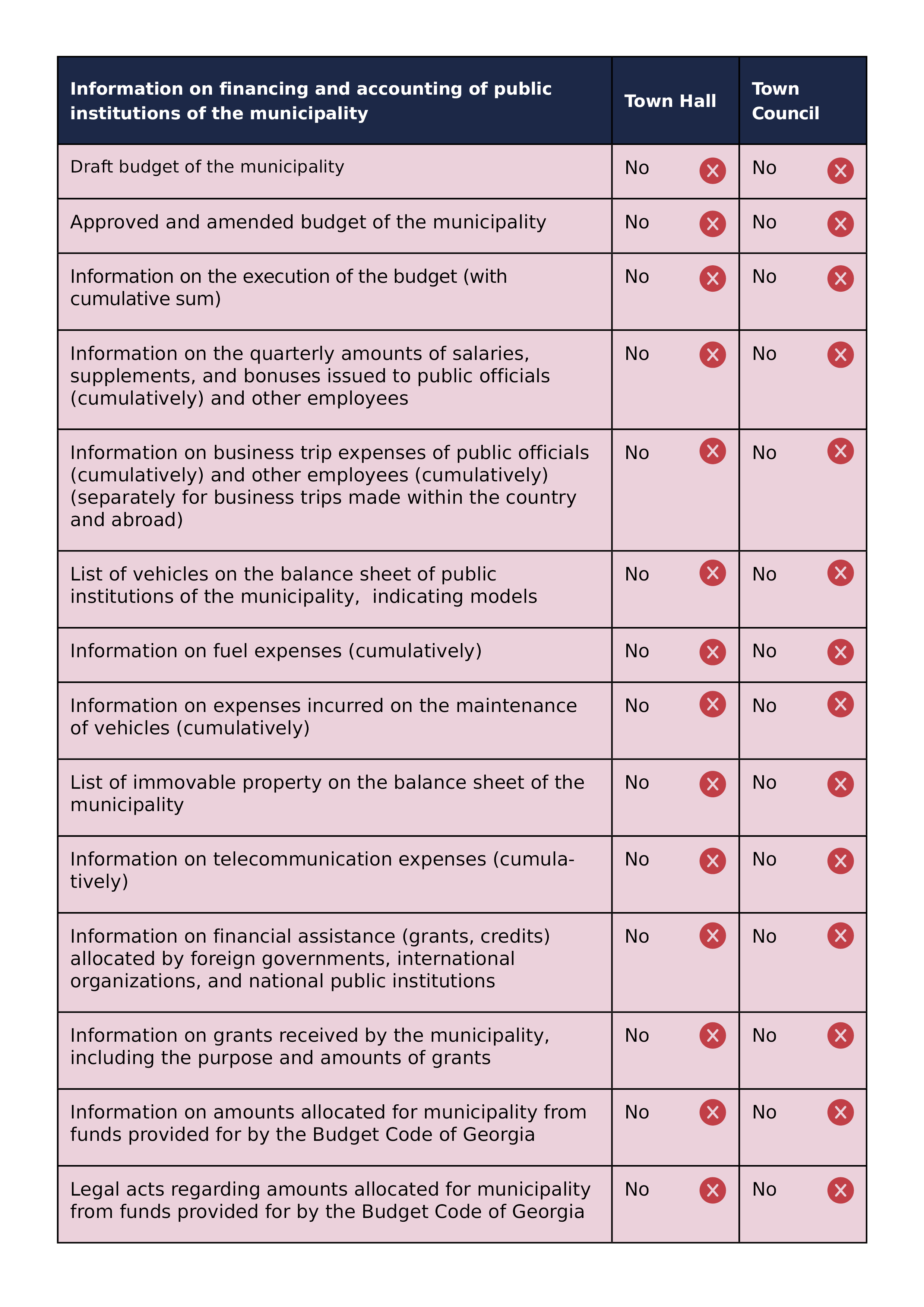 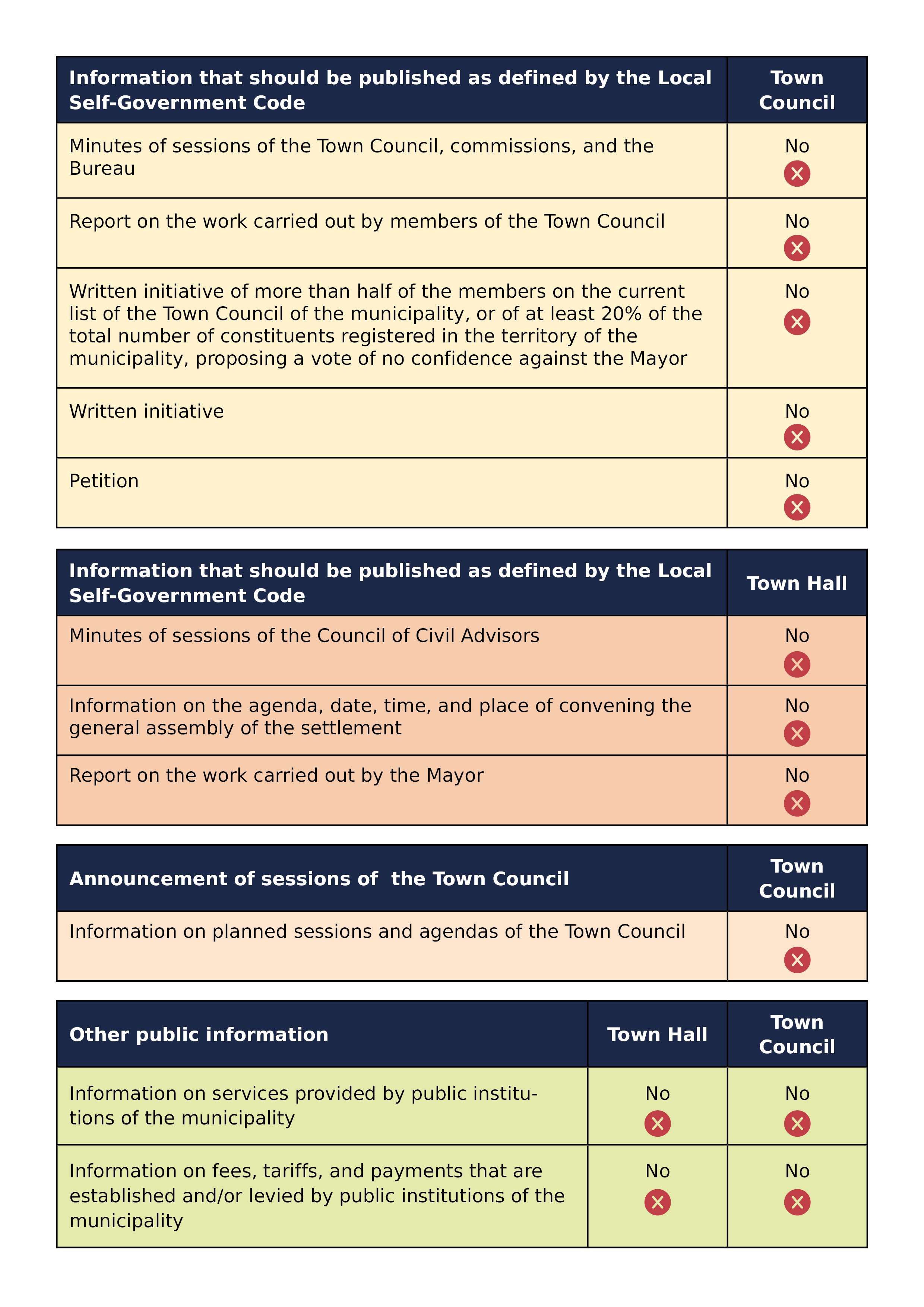 TI Georgia calls upon the Oni Municipality to fulfil the obligation provided for in the General Administrative Code of Georgia and to adopt the legal act related to the proactive publication of public information as soon as possible, as well as to ensure that the information is uploaded fully to the official website.

[1] By Ordinance No. 4 adopted on January 21, 2016, the Town Council established the procedure of proactive publication of public information, although it invalidated the document by Ordinance No. 18, which was adopted on August 26 of the same year.