Transparency International Georgia continues to monitor public procurement. This time, we analyzed the results of tenders announced by municipalities[1] in 2015.

Follow this link for a full dataset on municipal tenders. 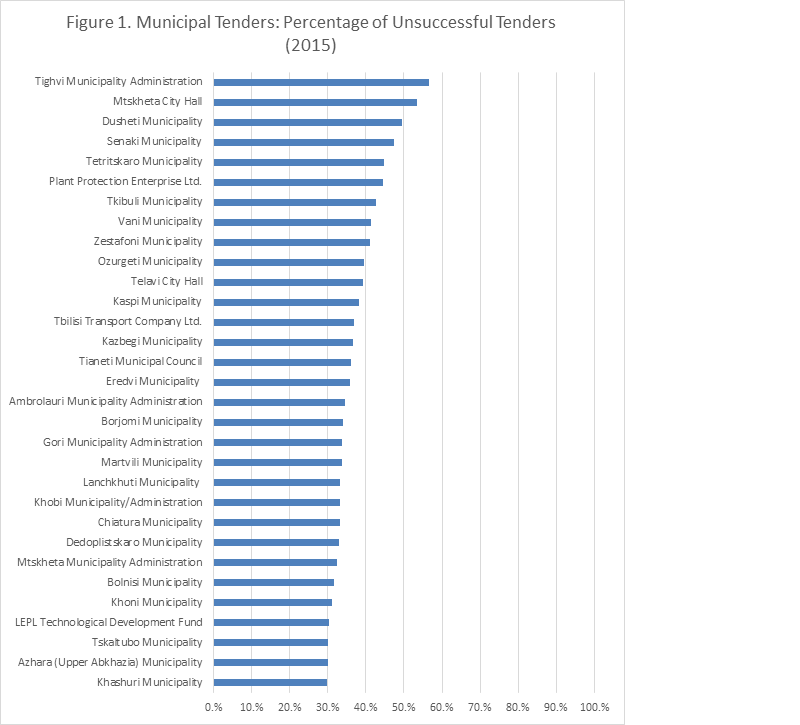 [2] Failed – a status automatically assigned to a tender that did not receive any bids.

[3] Completed with a negative outcome – a status assigned to a tender after an authorized representative of a procuring entity uploads a corresponding tender committee protocol and other documents (if applicable) confirming that one or more contestants with the lowest bid had been disqualified. This status cannot be assigned to a tender that did not receive any bids.