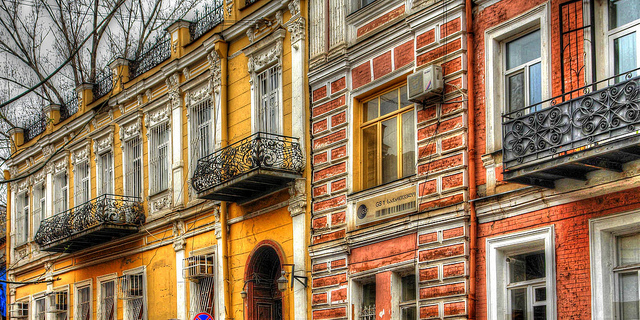 On March 5, the Tbilisi Development Fund announced a competition for the urban development concept of the city's historic part. The Fund had been receiving bid proposals for five days, from March 9 to March 13 inclusive, and the estimated project cost amounted to Gel three hundred thousand (300,000). To participate in the competition, candidates were required to submit: (1) concept-based vision of the urban development of Tbilisi’s historical part, incorporating textual and other visual material, (2) schedule for the implementation of relevant operations, and (3) the project budget. The companies willing to participate in the competition were additionally required to have previously implemented no less than five projects in the fields of cultural heritage and urban planning. The winning company is supposed to submit its concept note to the Tbilisi Development Fund within six months.

As noted in the minutes of the March 13 meeting of the Fund, the only one contestant bidding in the competition was GeoGraphic Ltd, remote sensing and geographic information systems consulting center. The company was announced winner in the bidding by the commission on March 20.

Information on the winning company

The GeoGraphic Ltd was founded in 1998. The company operates in the field of spatial data collection, processing, and analysis. According to the GeoGraphic’s website,  the company has implemented several projects related to urban planning, including the Batumi Land Use Master Plan, the reconstruction of “Zeda Ubani” in Mtatsminda, and the Geoinformation System of the historic part of Tbilisi. Based on the tendermonitor.ge data, GeoGraphic took part in 63 tenders over the period from January 2011 to December 2014, of which it won 39 and lost 20, the remaining 4 tenders had been suspended.

The director of GeoGraphic Ltd is Giorgi Gotstiridze who also possesses 50% of the company's shares. The other 50% of the shares are owned by Malkhaz Khurtsidze. Both owners are affiliated with the former government officials. According to the 2010 asset declarations of the former Deputy Minister of Justice, Jambul Ebanoidze, and the former Deputy Minister of Economics, David Giorgadze, Gotsiridze and Khurtsidze together with the above senior officials co-own 220 thousand square meters of land plot in Gudauri. Moreover, in his asset declaration, David Giorgadze indicates that his wife, Darejan Kartvelishvili, was administrative assistant in GeoGraphic Ltd. In 2012, Malkhaz Khurtsidze donated GEL 60,000 to the National Movement. Finally, on June 25, 2014, his partner, Giorgi Gotsiridze, was appointed as a member of the State Commission for the Development of Georgia’s Mountains.

These links do not constitute an obvious violation of law. We think, however, that the competition set up by the Tbilisi Development Fund raises concerns due to two major reasons:

Due to the above circumstances, we believe that the tender was not held in the conditions of healthy competition and could not ensure rational spending of state funds. Therefore, we suspect that the Tbilisi Development Fund had already selected the company to whom it would award the contract prior to announcing the competition and the bidding was a mere formality.