There is a well-founded assumption that activation of Otar Buzariashvili is directly linked to Otar Chalatashvili's appointment: 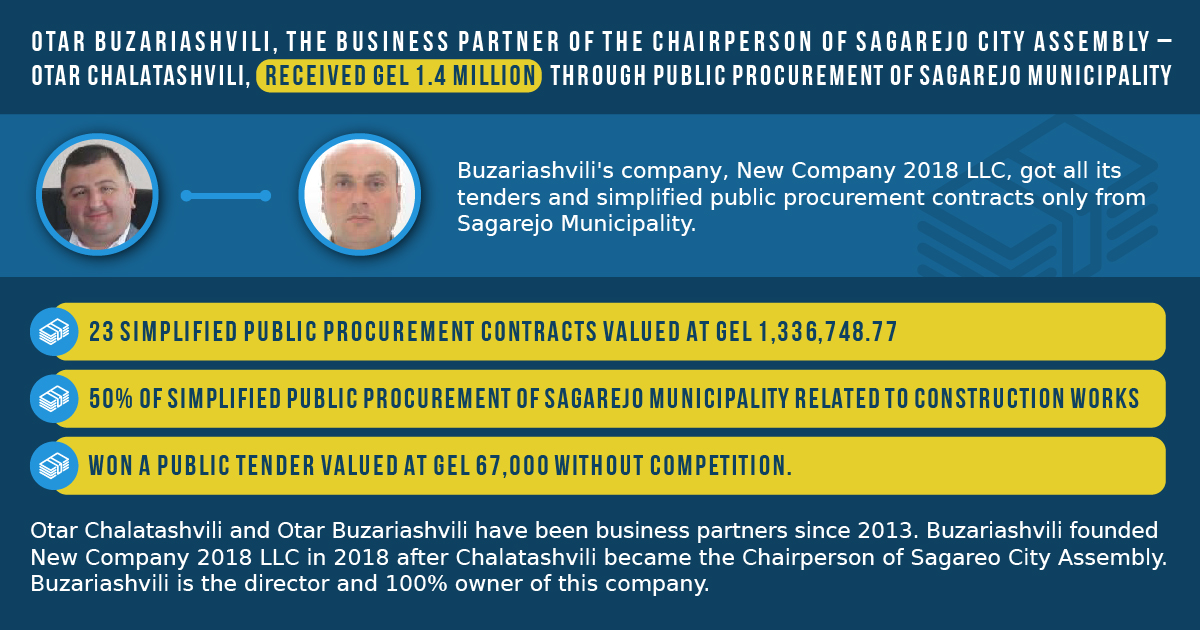 Otar Chalatashvili's business partner received GEL 1,403,997.13 from Sagarejo municipality in 2019, while Otar Buzariashvili and his companies have not participated in public procurement in other years. 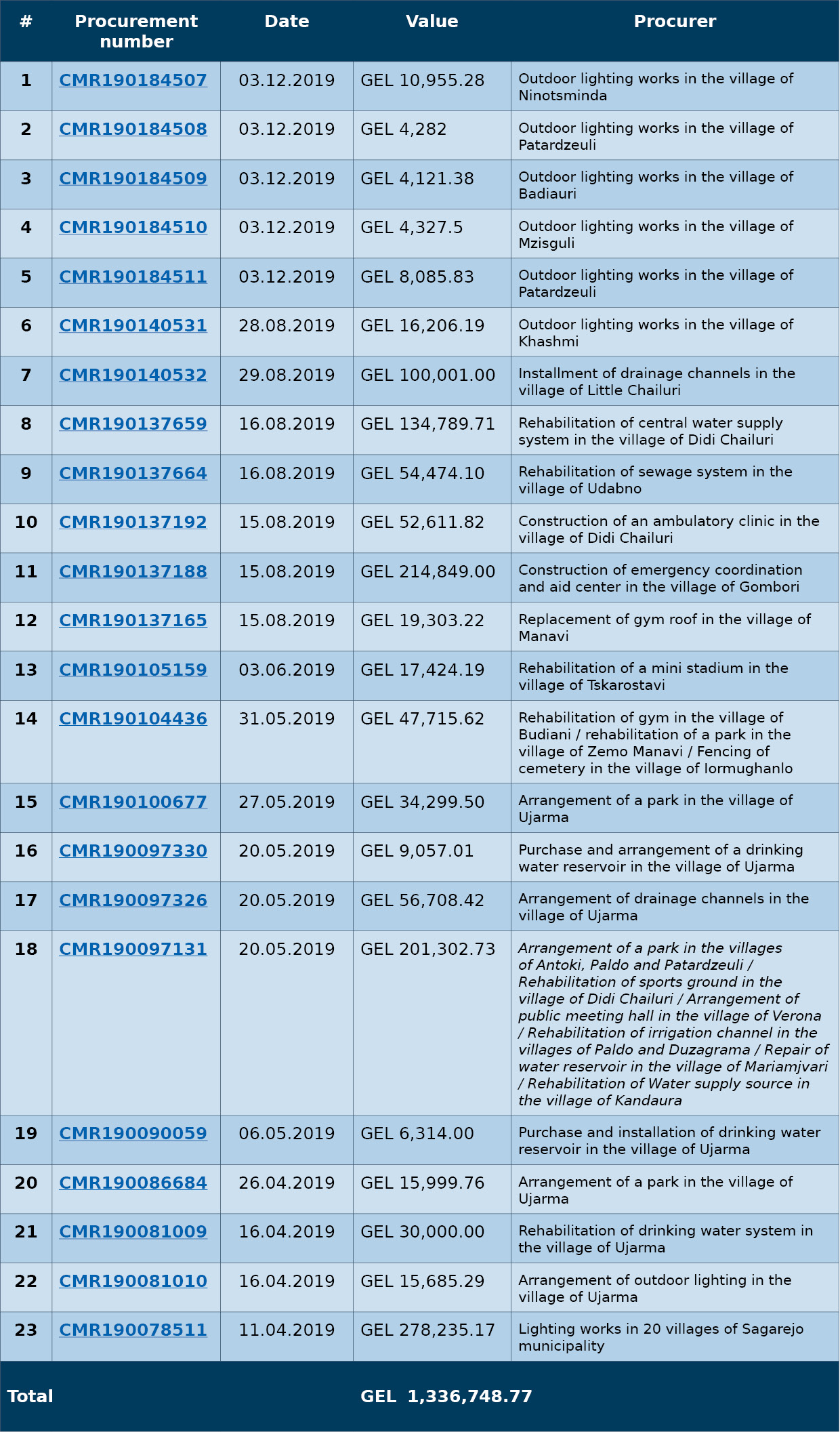 In addition, Buzariashvili's company won the tender of the Sagarejo Municipality (NAT190017588) on September 30, 2019, which was valued at more than GEL 67,000. The goal of this procurement was to buy outdoor lighting works in Sagarejo and its villages.

It is likely that Otar Buzariashvili's company will win the tender announced by Sagarejo Municipality on November 15, 2019 - NAT190021717, which will have to do outdoor lighting works on Satave Street in Sagarejo. New Company 2018 LLC has only one competitor in this tender and on December 5, 2019, it was disqualified.

Apart from the aforementioned, a violation was detected in the asset declarations of Otar Chalatashvili. Namely, in the declarations filed in 2018 and 2019, as part of his business activities, he has listed three companies: Chalius LLC (ID: 404988019), CFJ & Partners LLC (ID: 205284002) and Nazvrevi LLC (ID: 405034074). Regardless of the requirements of the law, he did not transfer his shares in these companies to another person. We call on the Civil Service Bureau to study this issue.

Transparency International Georgia calls on the Anti-Corruption Agency of the State Security Service and the Prosecutor General's Office to investigate the activities of New Company 2018 LLC to detect possible corrupt transactions in Sagarejo municipality’s public procurement.