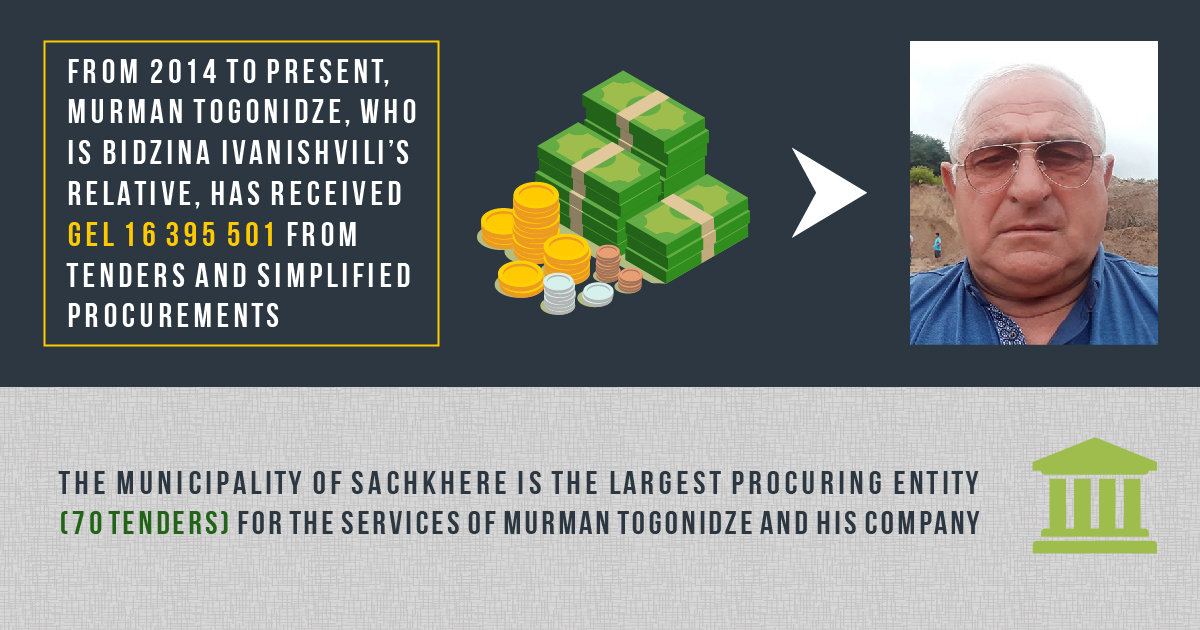 Murman Togonidze, who is a relative of Bidzina Ivanishvili, the chairman of the Georgian Dream-Democratic Georgia party, has received GEL 16,395,501 from tenders and simplified procurements from Imereti’s individual municipal budgets since 2014.

Murman Togonidze is the husband of the sister-in-law of Bidzina Ivanishvili’s sister, Maguli Ivanishvili.

The Municipality of Sachkhere is the largest procuring entity for the services of Murman Togonidze and his company (70 tenders and 3 simplified procurements). The municipalities of Chiatura, Lagodekhi and Baghdati are also among the procuring entities. 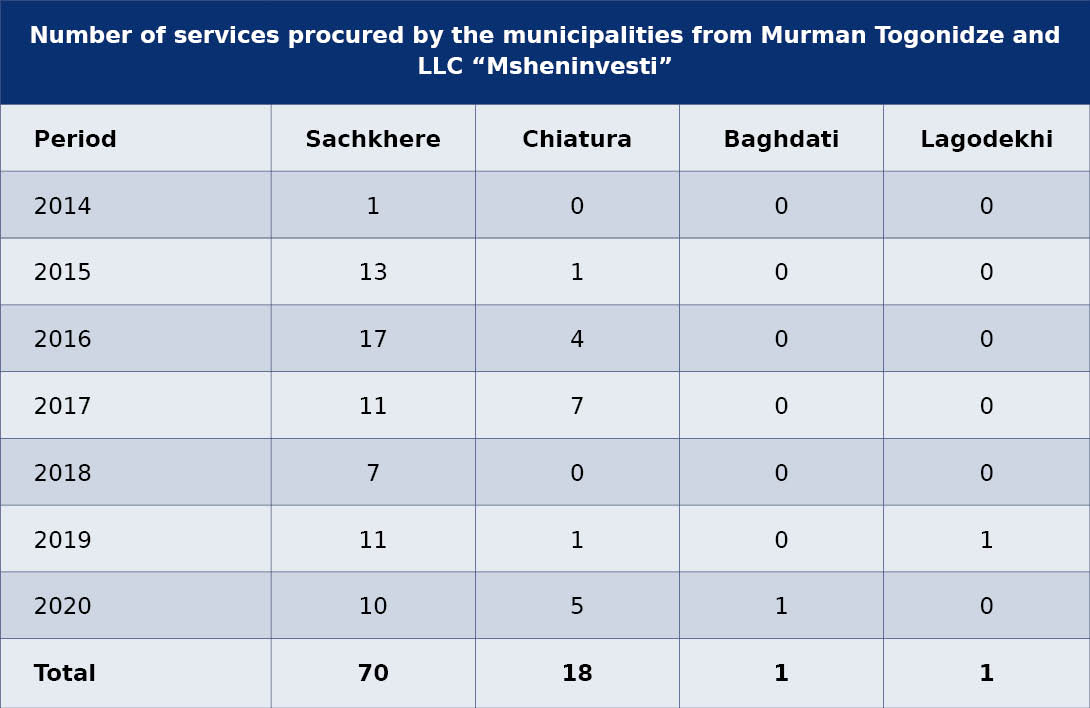 Murman Togonidze and LLC “Msheninvesti” signed 9 simplified procurement contracts with the municipalities of Sachkhere and Chiatura in 2014-2016. The total value of the contracts was GEL 388,112. 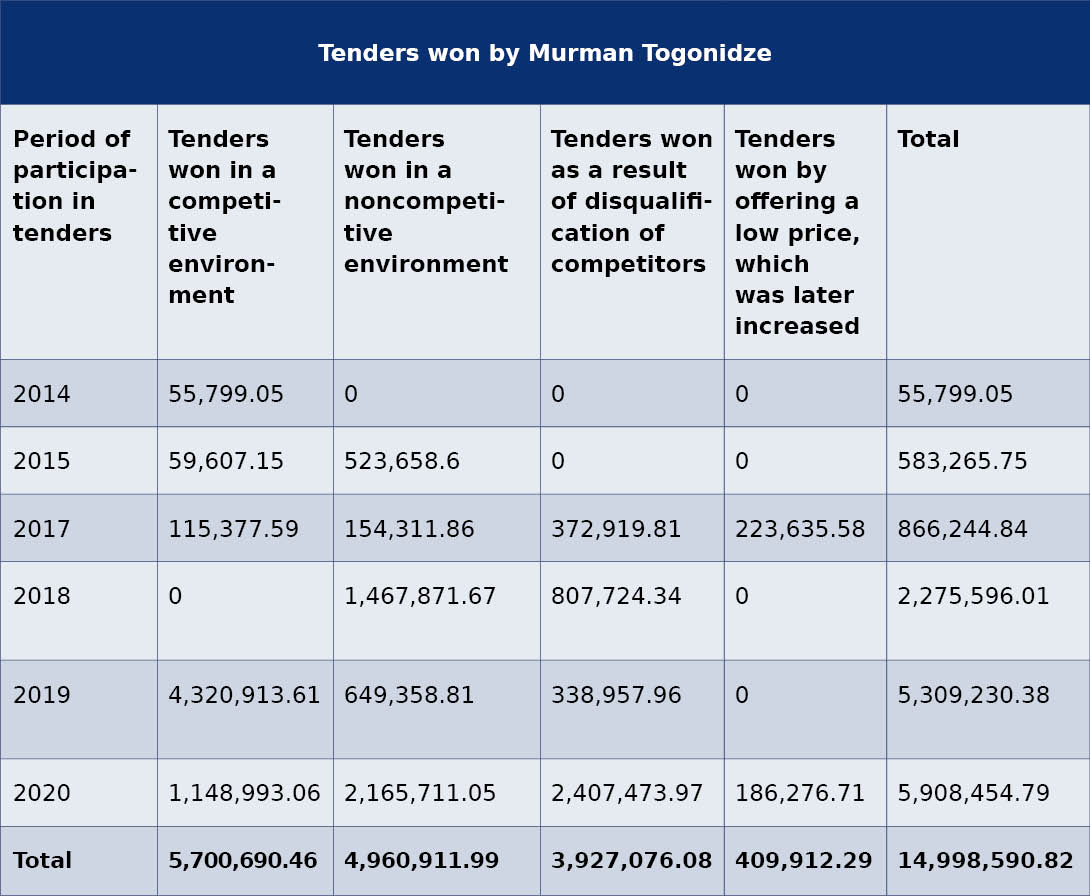 Murman Togonidze served as the Director of the LLC “Sachkhergza” in 2017-2018. In this period, LLC “Sachkhergza” won 2 tenders from the municipality of Sachkhere, the total value of which was GEL 120,521. This company continues to participate in tenders after the change of management.

TI Georgia calls upon the Anti-Corruption Agency of the State Security Service and the Prosecutor’s Office to investigate the tenders won by individual entrepreneur Murman Togonidze and LLC “Msheninvesti”, to determine if they were placed in an advantageous position and if there were any signs of corruption.