The following are the proposed amendments to the Labor Code of Georgia:

A new provision is added to the Law of Georgia on the Elimination of All Forms of Discrimination, according to which the principle of equal treatment is guaranteed in access to job promotion, terms of termination of a labor contract and remuneration, membership and activity of employer and employee organizations, etc. The general provisions on the prohibition of discrimination naturally cover these type of relations, but the indication of specific sphere of activities can bring about more clarity and thus support the effective implementation of the law in practice.

Discrimination in pre-contractual relations is a problem in Georgia. Particularly notable are the instances of various types of discrimination in vacancy postings. There are instances described in “Avoiding and Fighting Against Discrimination” [3] when a number of vacancy postings on different internet webpages include requirements of specific sex, age, family status, as well as such subjective categories, such as “fully without any hang-ups”, etc.

We consider that the initiated amendments do not create new mechanisms for restoring violated labor rights and the parties to the dispute will take the matter to the court. However, the amendments allow for the establishment of additional legislative guarantees for the development of an environment where labor relations are practiced in a fairer environment. Moreover, the Public Defender will have a clear legal basis to respond within his powers to instances of discrimination. [4]

Transparency International Georgia welcomes the harmonization of anti-discrimination legislation with the European Union law. It is important for the implementation of the law to be carried out in line with the purposes of the law, including a careful in-depth review of instances of types of discrimination and involvement of all parties. This will ensure that the amendments do not serve as unsubstantiated barriers in labor relations. At the same time, it is important that all relevant groups of society, which will be directly impacted by the law, to be fully aware of the stipulations of the new law. It is also important to conduct a Regulatory Impact Assessment on the draft law.

This blog was prepared with the ﬁnancial support of the USAID Good Governance Initiative in Georgia (GGI), under the project “Enhancing Transparency and Accountability of the Parliament”. TI Georgia is responsible for the content of the blog. The views expressed in the blog do not necessarily reﬂect the views of the US Agency for International Development (USAID) or the Government of the United States 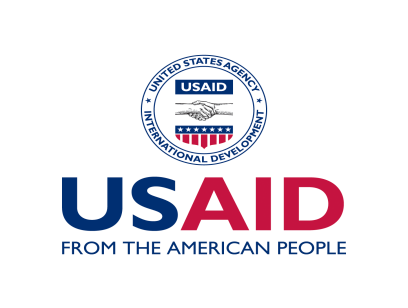 [4] It is interesting to note the Public Defender’s recommendation, according to which the Public Defender should have the power to reveal a violation and make a record, and later the General Courts will have the right to assess the violation. According to the Public Defender, this mechanism is important in the process of monitoring of vacancy postings and subsequent procedures of imposing legal responsibility on the employers/disseminator. http://www.ombudsman.ge/uploads/other/4/4427.pdf pg. 26