Some Political Ads Might be Illegal - საერთაშორისო გამჭვირვალობა - საქართველო

Prior to the Presidential Elections, 10 political parties (including five qualified parties) formed a coalition named “The Power is in Unity”. This coalition presented Grigol Vashadze as its presidential candidate. However, Georgian Election Code does not allow political parties to create an electoral bloc, which will be able to nominate a common candidate. Therefore, only one party the United National Movement could officially nominate Grigol Vashadze (#5). The remaining four qualified parties still decided to nominate their own candidates just formally in order to get free time for ads and state funding for their electoral representatives. The mentioned four parties are:

Transparency International Georgia studies political ads on regular basis. This time the study revealed that the political ads of the above-mentioned four electoral subjects are more a campaigning for Grigol Vashadze rather than for their own candidates. Vashadze is both directly depicted in these ads or his name and electoral number appear at the end of videos (see attached screenshots).

As a result, we have a case when one political party gives certain benefits to other, which is an act of donating. The Georgian legislation does not allow political parties to donate. 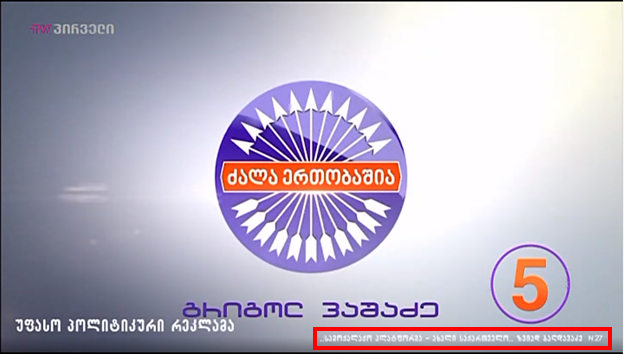 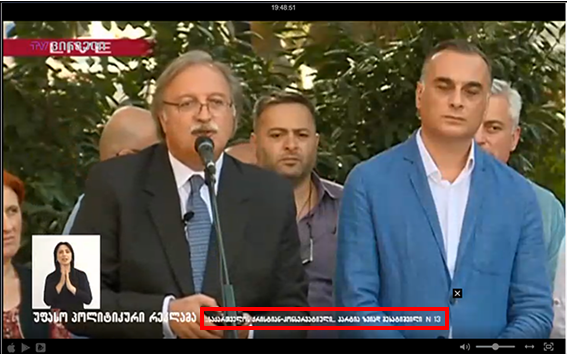 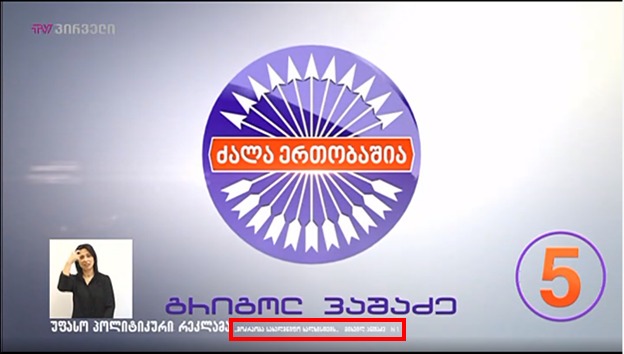 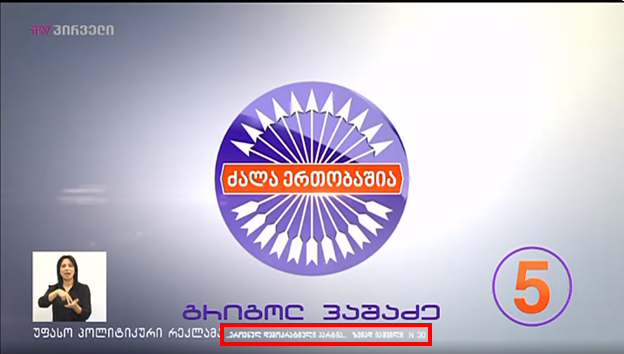