The Process of lifetime appointments of Judges is flawed 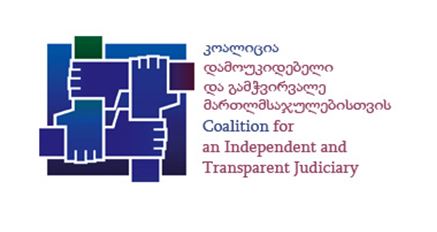 For the first time the renewed composition of the High Council of Justice (HCOJ) is appointing judges for life. As of now, the Council has completed interviews of thirty-eight judges who applied for life tenure. Due to the recent legislative amendments it is expected that more than one hundred judges who are currently on probation may apply for life tenure.[1]

Until now, the observation of interviews has demonstrated that the renewed composition of the Council does not impartially handle appointments and the process is mostly superficial.

The monitoring of interviews has revealed a number of problematic issues:

As an example, Vakhtang Mchedlishvili, the Council member selected based on the President’s quota, posed a legal question to one of the candidates who is a Council member and also a court chairman. He asked the candidate to list the absolute rights from the European Convention on Human Rights. This question clearly irritated the majority of the HCOJ members. Some of them tried to give a hint to the candidate, who eventually gave a wrong answer in response to a simple legal question.

It is clear that the candidate did not manage to demonstrate minimal knowledge of the Convention, even though he is a member of the Council and is obliged to assess candidates’ familiarity with the case law of the European Court of Human Rights when making judicial appointments.

As an example, some Council members clearly demonstrated support for a candidate who recently won a defamation dispute in the first-instance court against a private person. Certain members of the Council applauded this decision as important and precedential. Such an assessment of this particular court decision by the Council members is problematic because the decision is not final, and a preliminary expression of opinions on the ongoing dispute may potentially influence the court.

In sum, the observation of interviews demonstrated that the Council has not managed to make judicial appointments in a way that would not lead to doubts of partiality and have not ensured assessment of candidates based on integrity and qualifications. In this context, evaluation of the work of judges, a part of the assessment process which is closed to the public according to the law, becomes even more important.

We call on the High Council of Justice:

The American Chamber of Commerce and the Association of Law Firms of Georgia refrain from expressing their opinion on the issues discussed in the Statement.

[1] According to the June 16, 2017 amendments to the Organic Law on Common Courts, judges appointed for a 3-year probation period prior to July 1, 2017 can apply to the Council to request that it terminate the evaluation procedure and appoint them for life.