Overview of TV Procurements Made by Local Municipalities

The study revealed the following:

According to the data of the State Procurement Agency, in 2020 procurements from local televisions (so-called regional broadcasters) for disseminating of various information[3] was made by a total of 18 municipalities.[4] The total sum paid for procurements exceeds GEL 686 thousand.[5]

In terms of money the biggest procurers are Rustavi, Marneuli, Gurjaani, Kutaisi and Ninotsminda municipalities, whereas between the broadcasters the biggest tender, worth of GEL 160 thousand, was won by Kvemo Kartli TV-Radio company. 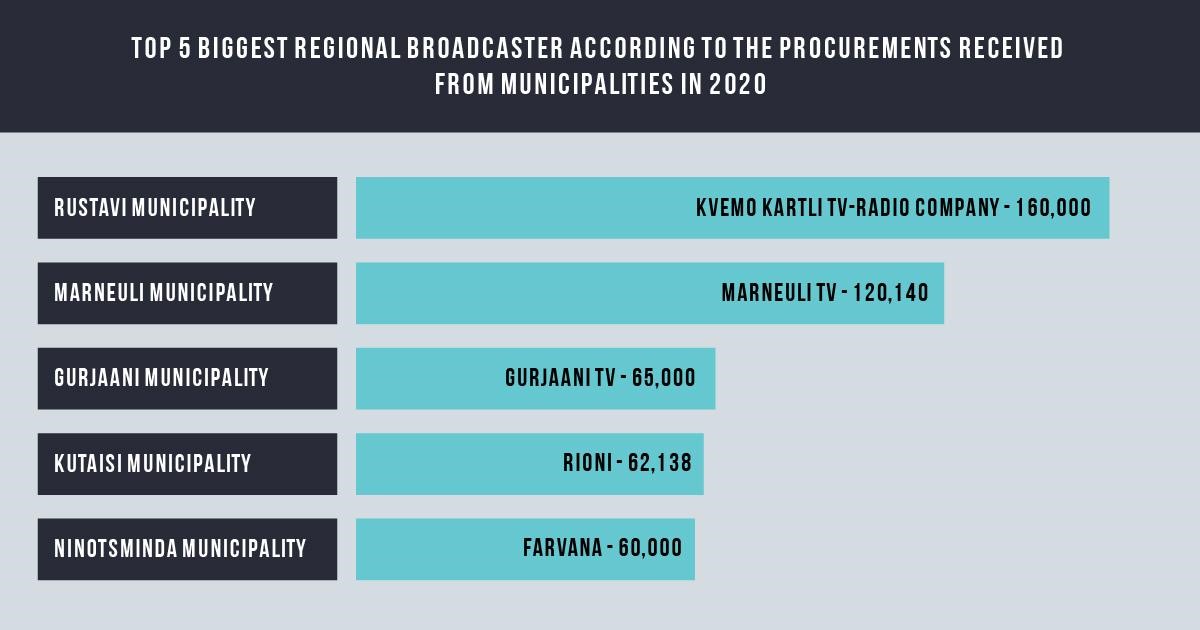 Type of Procurements Conducted by Municipalities

In addition to broadcasting services, in particular cases, procurement implies the dissemination of information not only via television, but also via other platforms of the broadcaster like Radio, Web and Facebook pages. 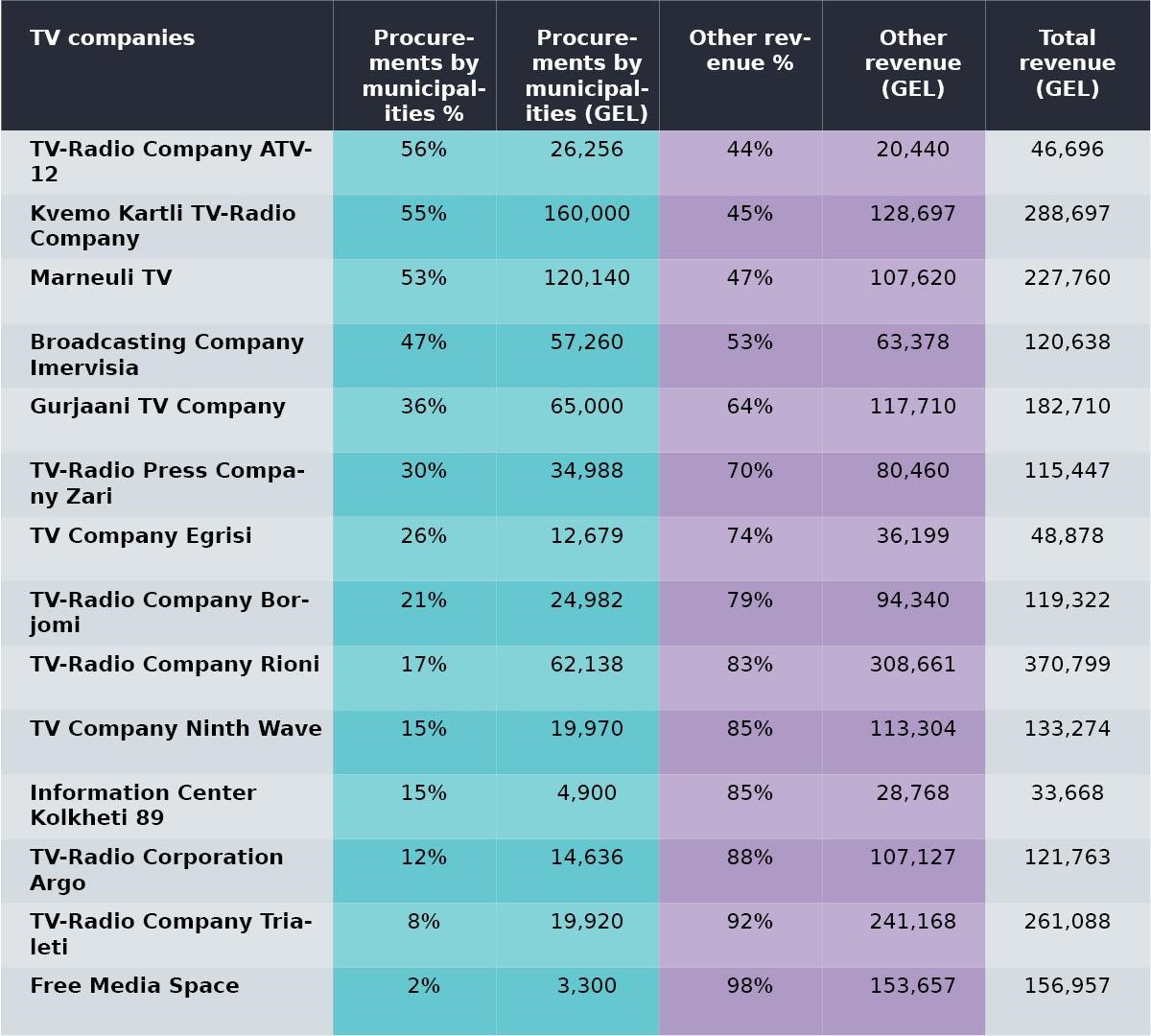 According to the data of 2020, 89 TV channels are broadcasting in the country.[8] However, according to the total revenue, none of the regional televisions are included in the top ten. 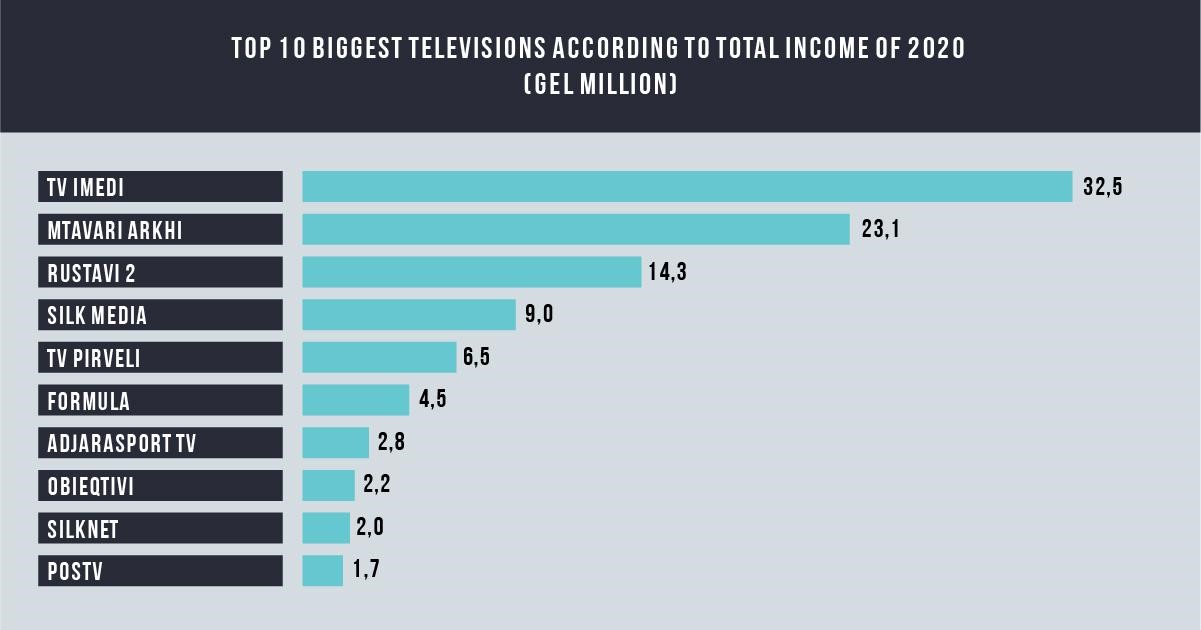 Moreover, the 10 most profitable TV companies occupy 91% of the market. The funding left for the rest of the TV channels equals only GEL 10 million. 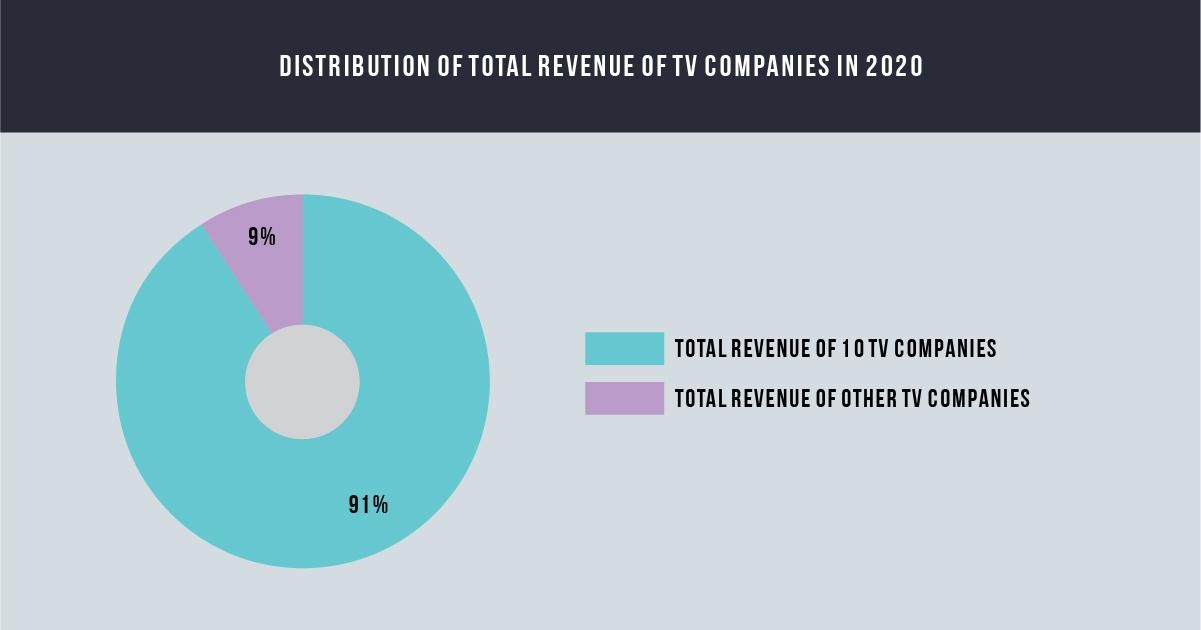 [1] The study does not include Tbilisi Municipality, for the list of the municipalities, visit ​​http://mreg.reestri.gov.ge/

[2] The amount of actual payment is counted, Last seen on Public Procurement website 27.12.2021

[5] Including the simplified procurements in the amount of GEL 43 thousand.

[6] According to the Law on Broadcasting it is prohibited to finance a broadcaster by an administrative body, political party, official or public servant, as well as to purchase its services and direct or indirect financing or co-financing of the preparation and / or broadcasting of broadcasting programs, except in cases such as educational, cultural, public, Security and law enforcement programs. The administrative body is authorized to purchase the services of the broadcaster for the placement of social advertisements.