The companies in which Badri Nemsadze, Director of the Municipal Transport of Zugdidi, and his spouse, Ekaterine Keburia, own stakes – Zugdidi Auto Trans Georgia, Zugdidi Auto Trans and Clean City – are wining in tenders announced by the Zugdidi Municipality.

Badri Nemsadze has been in charge of the Municipal Transport of Zugdidi since 2008.

It should also be noted that Badri Nemsadze failed to indicate his and his spouse’s stakes in his asset declaration that he filled out on March 28, 2018, which is a violation of the requirements of the Law on Conflict of Interest and Corruption in Public Service.

In the view of TI Georgia, the fact that the companies in which Badri Nemsadze and his spouse own stakes win in tenders and the aforementioned circumstances give rise to doubts regarding the transparency of the process and the impartial approach of the procuring organizations.

Therefore, we call upon: 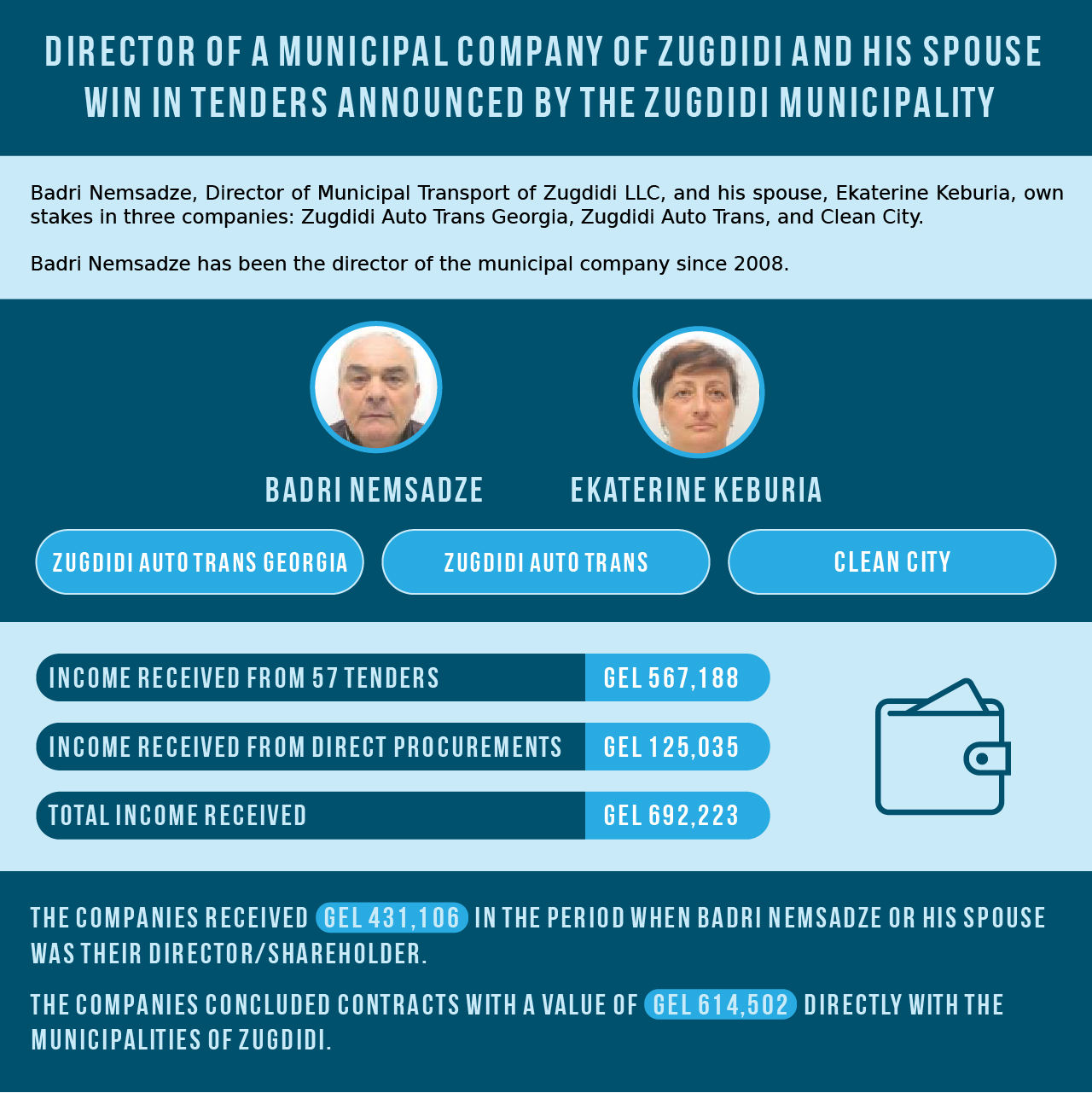