Abuse of power for personal gain is common among Georgia’s public officials, while the authorities do not react to such cases effectively. Meanwhile, petty corruption is still extremely rare.

This is what we learned from the public opinion survey which the Caucasus Research Resource Centers (CRRC) conducted upon Transparency International Georgia’s request from 20 February to 5 March 2019. During the poll, 2087 individuals were interviewed throughout the country and the margin of error is +-2.3 percent.

According to the survey, only 1% of the respondents recalled a case over the preceding 12 months where they or their family members had been asked to pay a bribe for public services. This is identical to the results of similar surveys conducted in recent years. 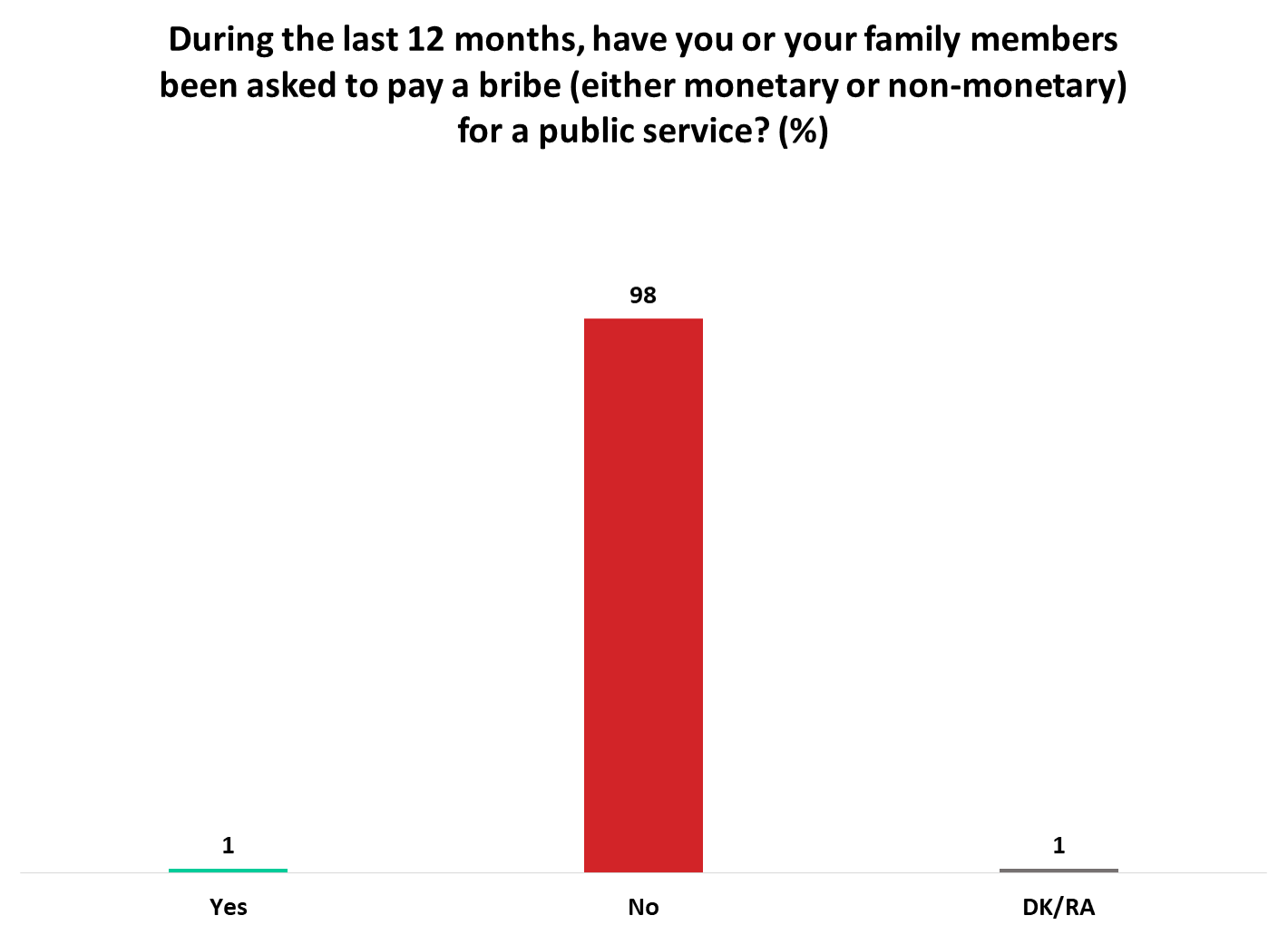 At the same time, citizens believe that other forms of corruption are common in Georgia. According to the poll, 59% of the respondents think that abuse of power by public officials is common, while 36% think that the same kind of action for personal gain is common too. On the other hand, 21% and 15% respectively believe that such actions are not common. 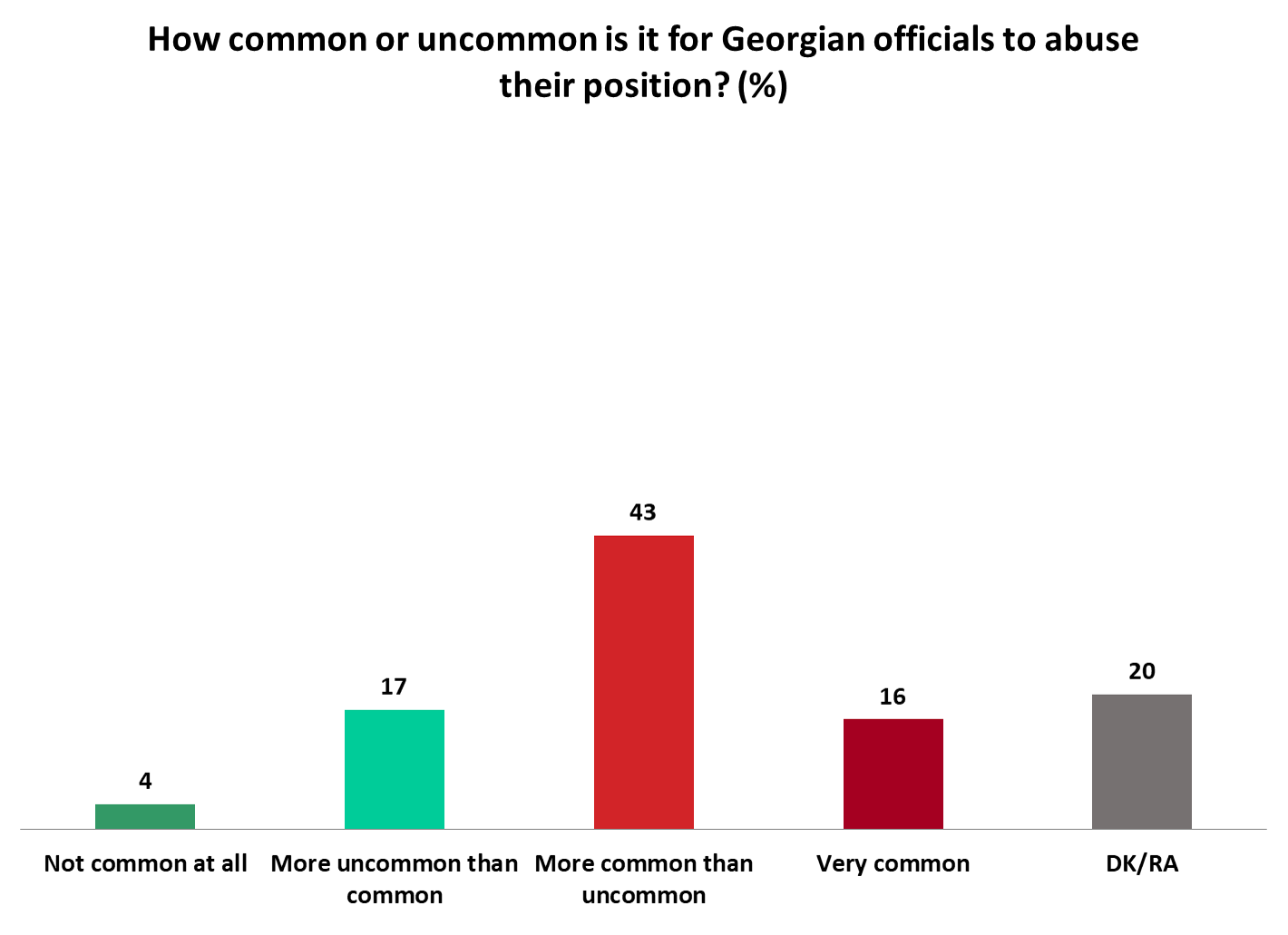 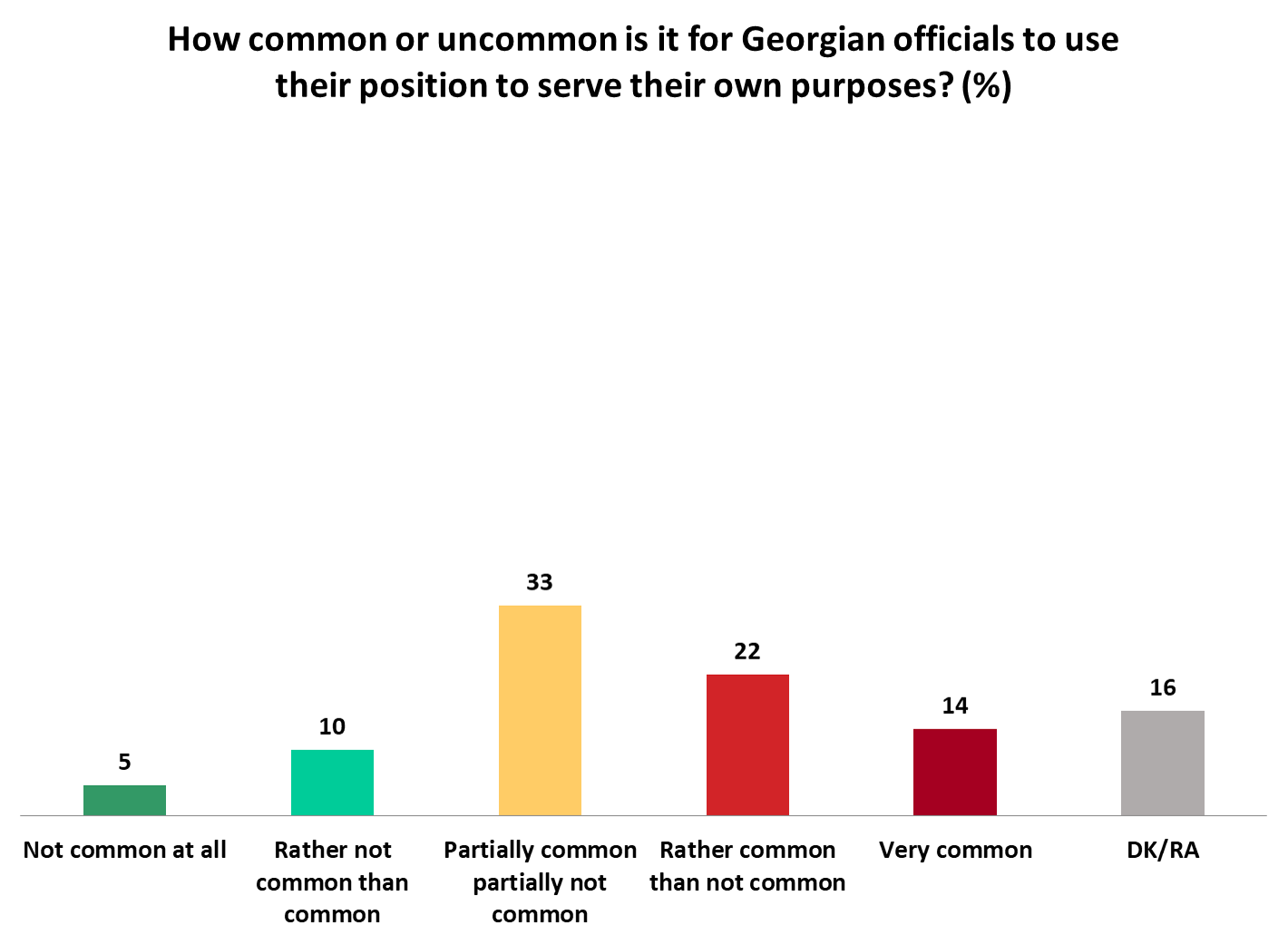 As for the goals of the abuse of power, the respondents who think that such action is common believe that its goals include securing employment for family members, relatives, and other individuals with close links to the official in question (91%), protecting one’s own business (86%), embezzlement of public funds (79%), and getting bribes in exchange for “settling” problems (58%). 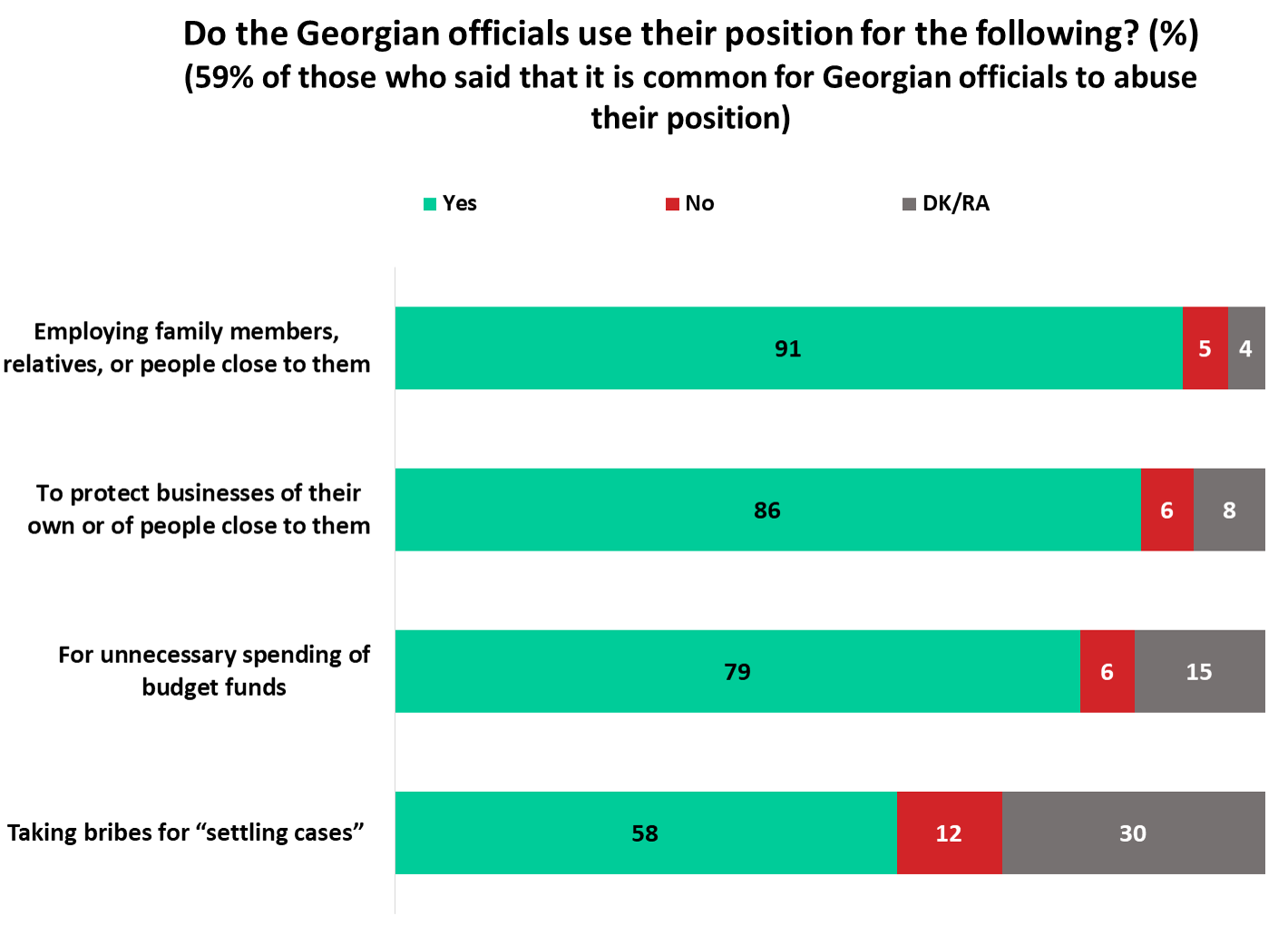 A majority of the respondents (52%) also believe that it is common for the companies with links to public officials to be favored in the public procurement process. 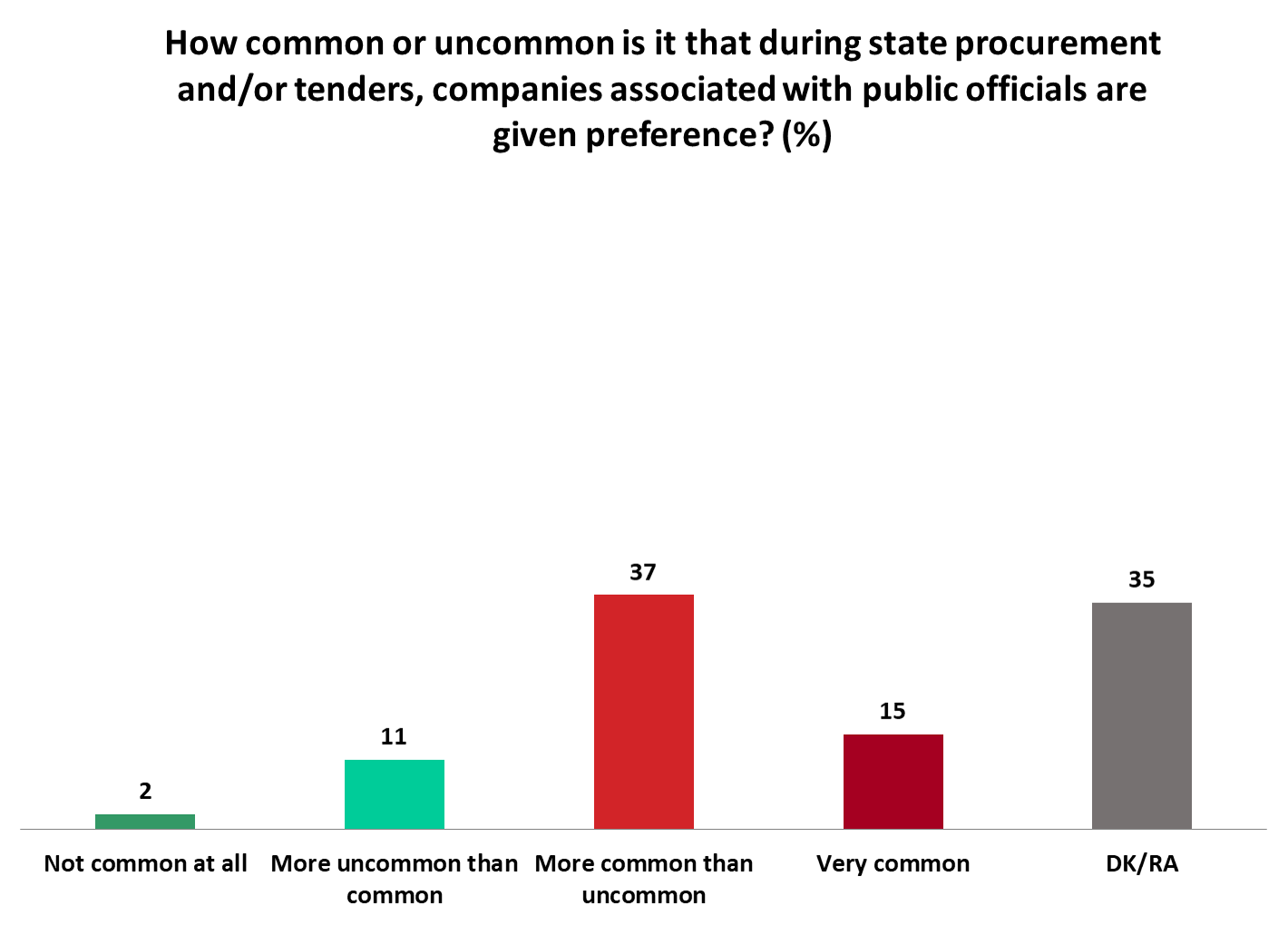 A majority of the respondents (51%) believe that instances of corruption are not investigated properly when they involve high-ranking officials or influential individuals with links to the ruling party. 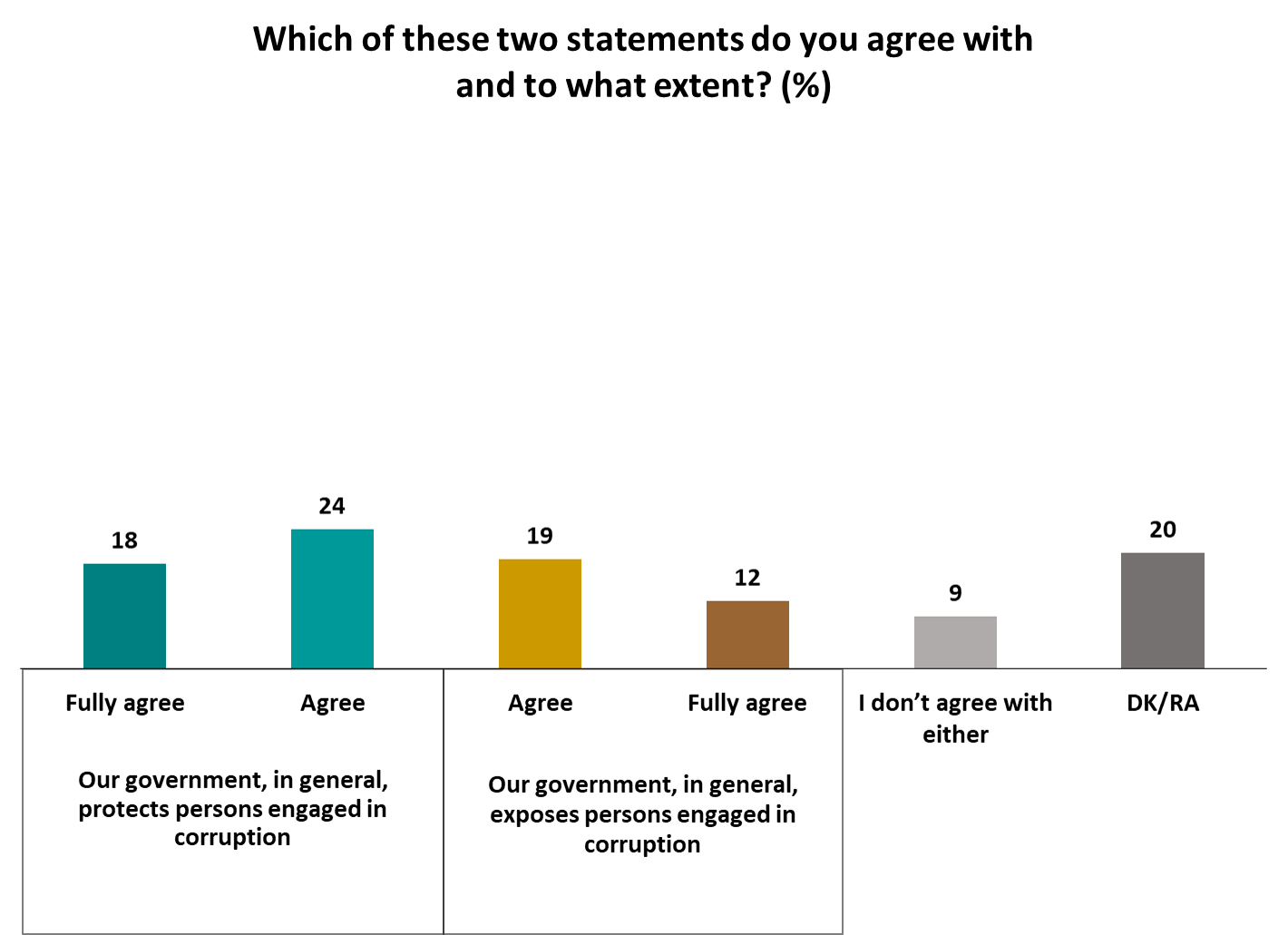 In the context of the above two questions, the respondents were also asked about the activities of former Chief Prosecutor Otar Partskhaladze. The respondents who have heard of Partskhaladze mostly share the views that he is involved in corruption, enjoys the government’s protections, and has retained influence over the Prosecutor’s Office. 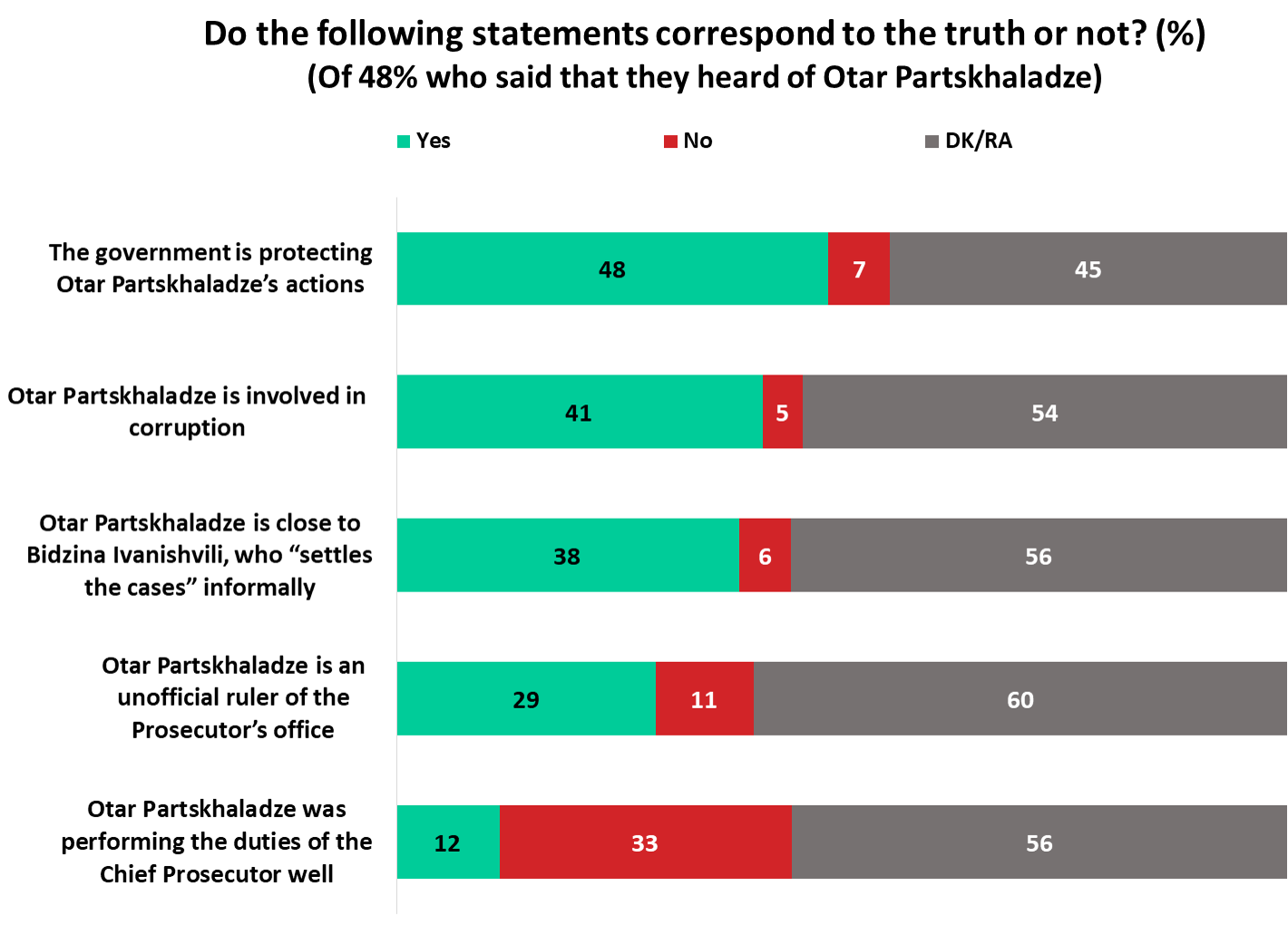 According to the respondents, professionalism is not the most important factor for employment in civil service. The largest number of respondents (31%) identified personal connections as such factor.