Corruption Perceptions Index 2016: Georgia is the world's 44th and the first in the region - საერთაშორისო გამჭვირვალობა - საქართველო

Corruption Perceptions Index 2016: Georgia is the world's 44th and the first in the region

Tbilisi, 25 January 2017 – In the Corruption Perception Index (CPI) 2016 study published by Transparency International Secretariat today, Georgia scored 57 points placing it 44th among 176 countries. According to the 2016 Index, the level of corruption perception is the lowest in Denmark and New Zealand (90 points) and the highest in Somalia (10 points). Georgia's indicator is the best in the regions of Eastern Europe (with the exception of the EU member states) and Central Asia.

CPI, published by Transparency International Secretariat annually since 1995, is based on expert opinions of the level of corruption in the public sector. Since 2012, the study is conducted using a different methodology which allows to compare the results across different years. CPI is prepared based on the studies conducted by different reputable international organizations, each of which contains the assessment of the situation with regard to corruption in various countries.

Compared to the previous year, the improvement of Georgia's index (57 points instead of 52) indicates some (albeit small) progress made by the country with regard to perceived corruption (the change in Georgia's rating is negligible as it can be the result of changes that occurred in other countries). In addition, the fact that Georgia's index in 2012-2016 changed only slightly points to the absence of any substantial progress in terms of the country's anticorruption policy.

In terms of the positive steps recently made with regard to anticorruption policy in Georgia, worthy of note are the important amendments made to the relevant legislation that envisage the creation of the system of monitoring public officials' asset declarations and the improvement of protection for whistle-blowers.

At the same time, in order to ensure subsequent progress in combating corruption in Georgia, other important measures need to be carried out: 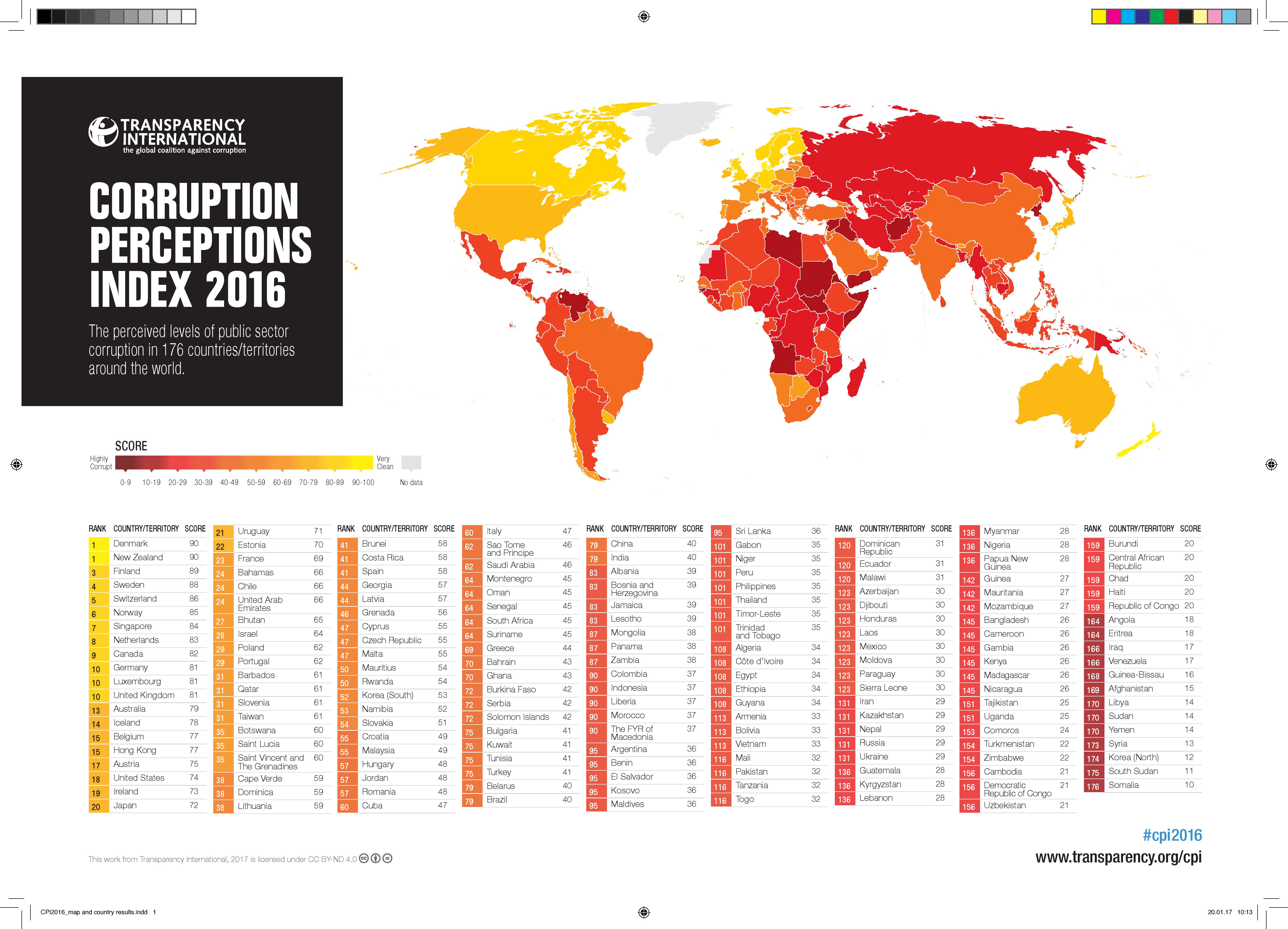