The Mayor of the Khelvachauri Municipality Zaza Diasamidze is building a house without a permit, and the construction expenses are not disclosed in the asset declaration.

Transparency International Georgia found that Zaza Diasamidze started construction in 2019, on the land belonging to his wife, Tamila Tchurkveidze, although he only reported this in the asset declaration submitted in 2022. The information about the donated land plot can be found in the asset declaration submitted by Zaza Diasamidze in 2019, submitted as the Head of Division of the Khelvachauri District of the Adjara Police Department of the Ministry of Internal Affairs (MIA).

Tamila Tchurkveidze received a 500-square-meter plot of land in 2018 upon a deed of gift from her father. The plot is located in Akhalsopeli, 240 meters from the Gonio-Apsaros highway.

A month later, Tamila Tchurkveidze applied to the Batumi City Hall for permission to utilize a homestead for building a house; the City Hall approved the application in October of the same year. In December 2018, Diasamidze’s wife agreed an architectural project with the Batumi City Hall, however, according to the letter of the City Hall’s Urban Development and Policy Service a construction permit was never issued for this architectural project, consequently, Zaza Diasamidze and his wife never paid a construction permit fee.

Having a construction permit before building a house is required under the 57thDecree of the Government of Georgia on “the Rule for Issuing Permit and Permit Terms for Construction”. In 2019, then the Head of Division in the Khelvachauri District of the Adjara Police Department of MIA, started construction without a permit, disregarding requirements of the law. Now, the house is nearing completion.

According to Google Earth, active construction on the land plot belonging to Zaza Diasamidze’s wife commenced in f 2019.  The satellite records show that a two-story house with an area of 252 square meters has already been roofed: 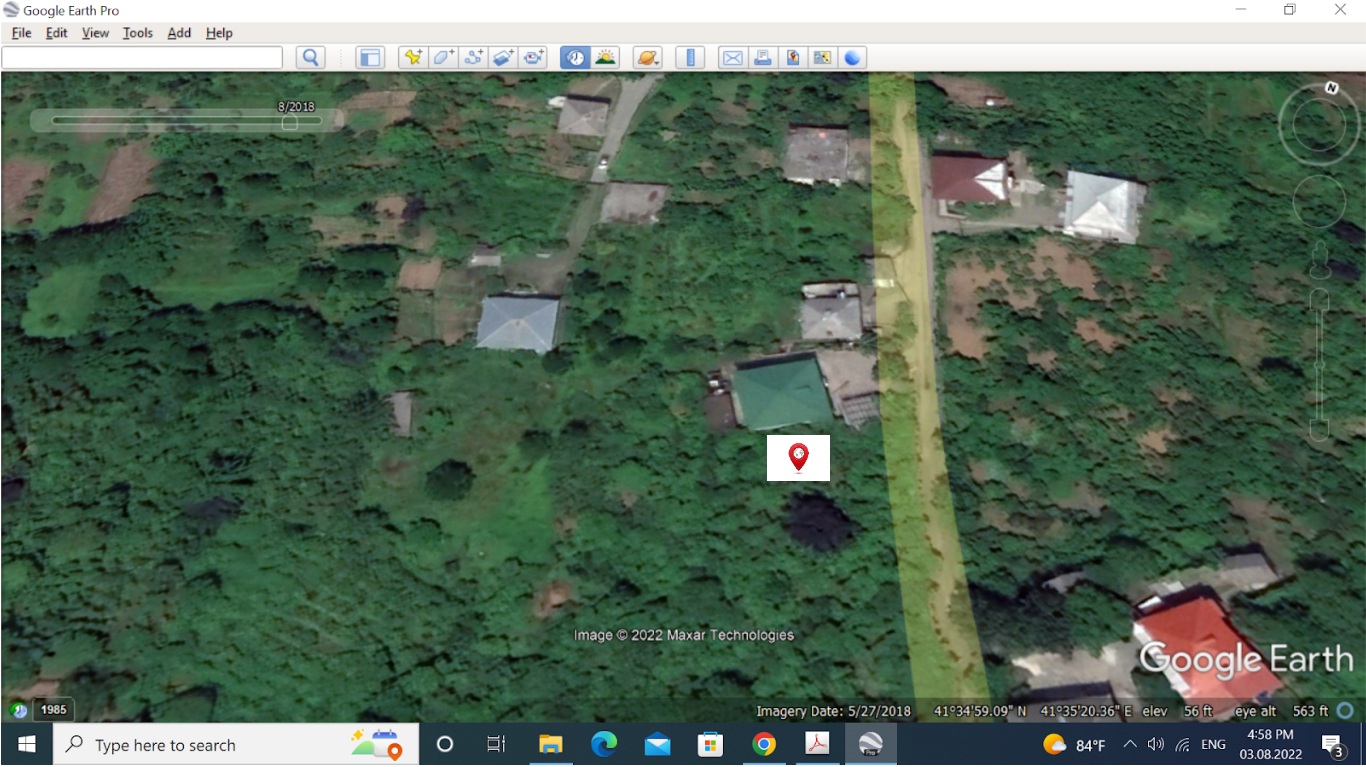 The land plot in the beginning of the construction (October 2019) 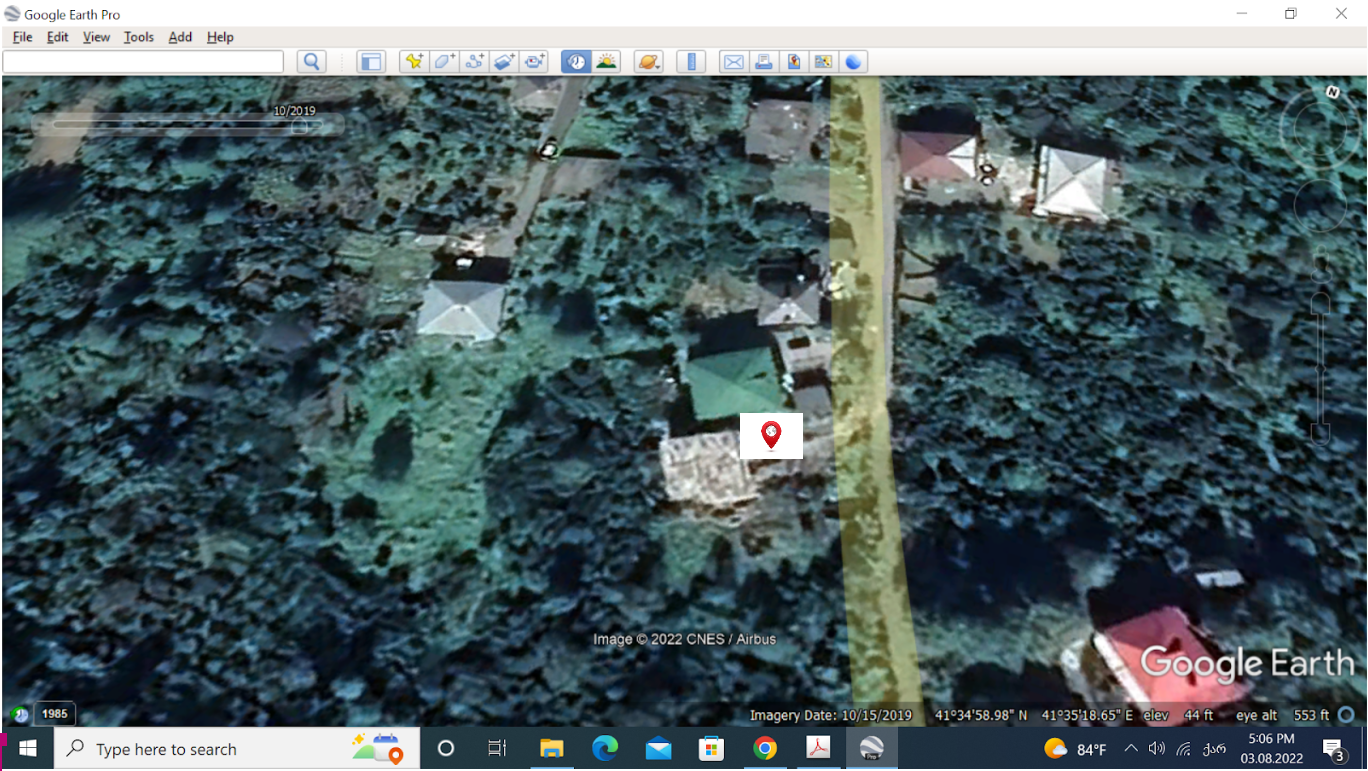 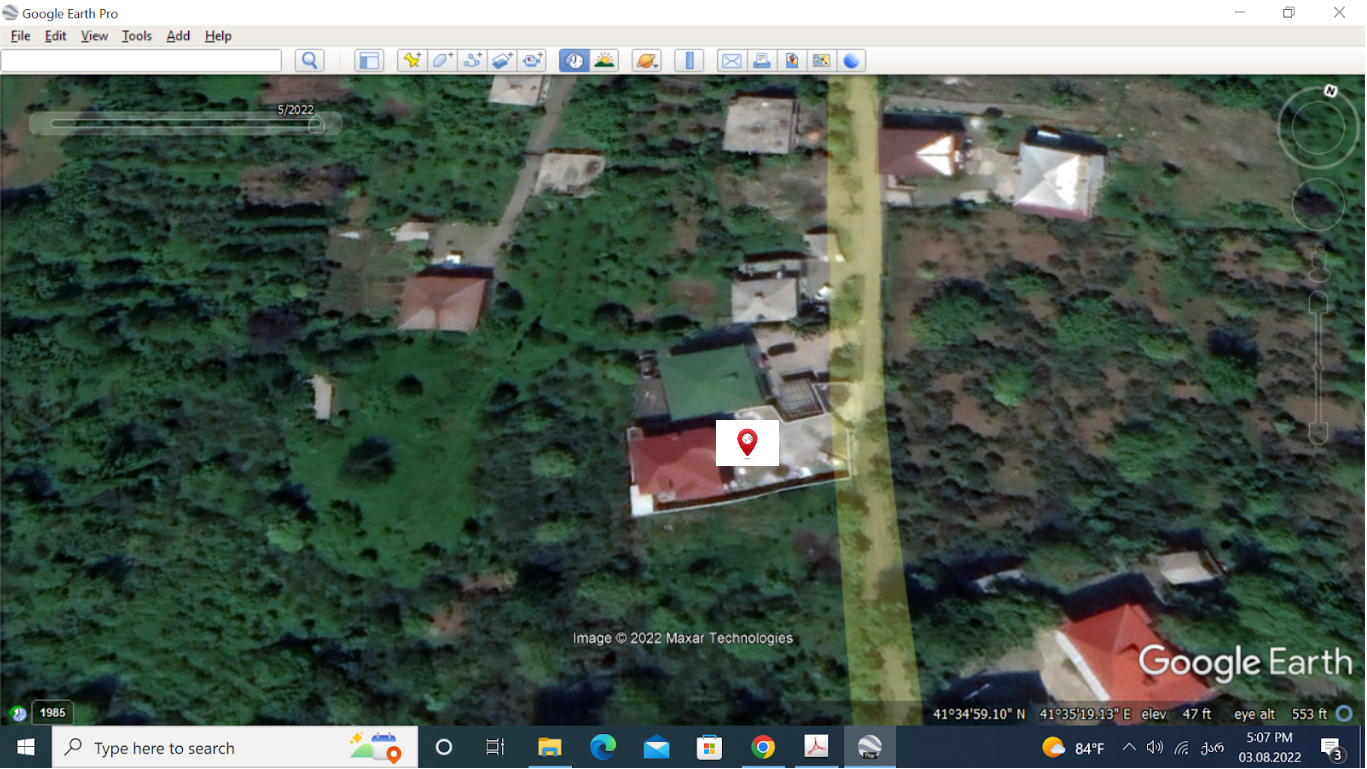 Inaccuracies in Asset Declarations of the Mayor

Even though satellite images confirm the construction of the house, Zaza Diasamidze did not indicate building expenses from his and his wife’s income in asset declarations submitted in 2019-2022. According to the Article 15 of the Law on Conflict of Interest and Corruption in Public Service, a public official shall indicate any personal and family members’ expenses exceeding GEL 5 000 within the reporting period. Considering market prices and the volume of work (preparing the construction site, pouring the foundation, floor building, fence installation around the property, etc.), the costs of the construction from October 2019 to 2021 substantially exceed the amount of expense specified in the law. As noted above, Zaza Diasamidze did not indicate those expenses in his asset declarations.

Furthermore, Zaza Diasamidze did not indicate income from the alienation of his land plot in the declaration submitted in 2022. Diasamidze possessed a 1002-square meter land plot on Zurab Natchkebia street, Batumi since 2010. At the beginning of 2021, he got a mortgage for this property and on February 18, he sold it to LTD “Batumi Kharacho” for 39,000 USD. In the 2022 asset declaration, as required by the law, Diasamidze was obliged to report alienation of property and respective income.

Furthermore, we urge the Civil Service Bureau to review the violations found in the asset declarations of Zaza Diasamidze and respond in accordance with the law.