A new report by Transparency International Georgia indicates that undeclared business assets of Parliament members and incompatible activities with their status is a problematic issue in the Parliament of Georgia of the 10Th Convocation.

We do not have the capacity to establish whether the undeclared companies are actually engaged in entrepreneurial activities and The Civil Service Bureau should be interested in this issue. As for the conflict of interests, this needs to be examined by the Parliamentary Committee of Procedural Issues and Rules.

The information about MPs’ asset declarations and their shares in companies is given in the report as 16 September 2021.

Based on the study of official data: 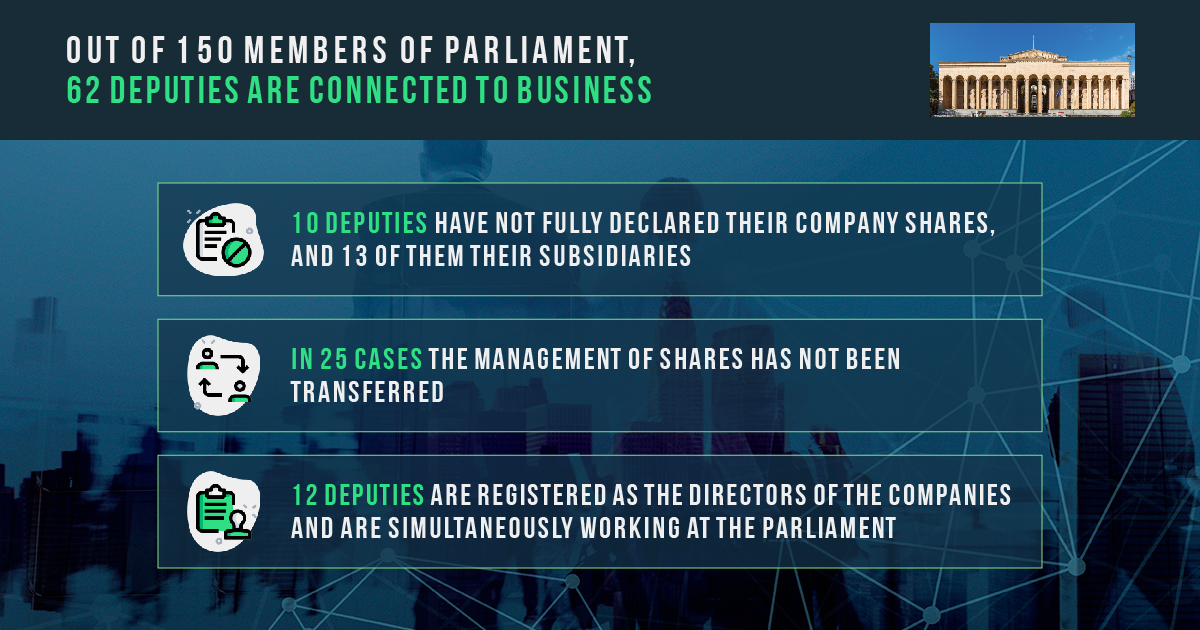 The following MPs hold business assets in the largest number of companies (10 and more):

Activities incompatible with the status of a Member of Parliament

As for entrepreneurial activity, a Member of Parliament has no right to be directly engaged in a repeated activity of managing material and financial assets for profit. Also, an MP is not allowed to directly exercise the powers of a permanent head or a member of a supervisory, control, revision and/or consultative body of an entrepreneurial entity.

According to the submitted declarations, the following MPs indicated the highest annual income from entrepreneurial activities: 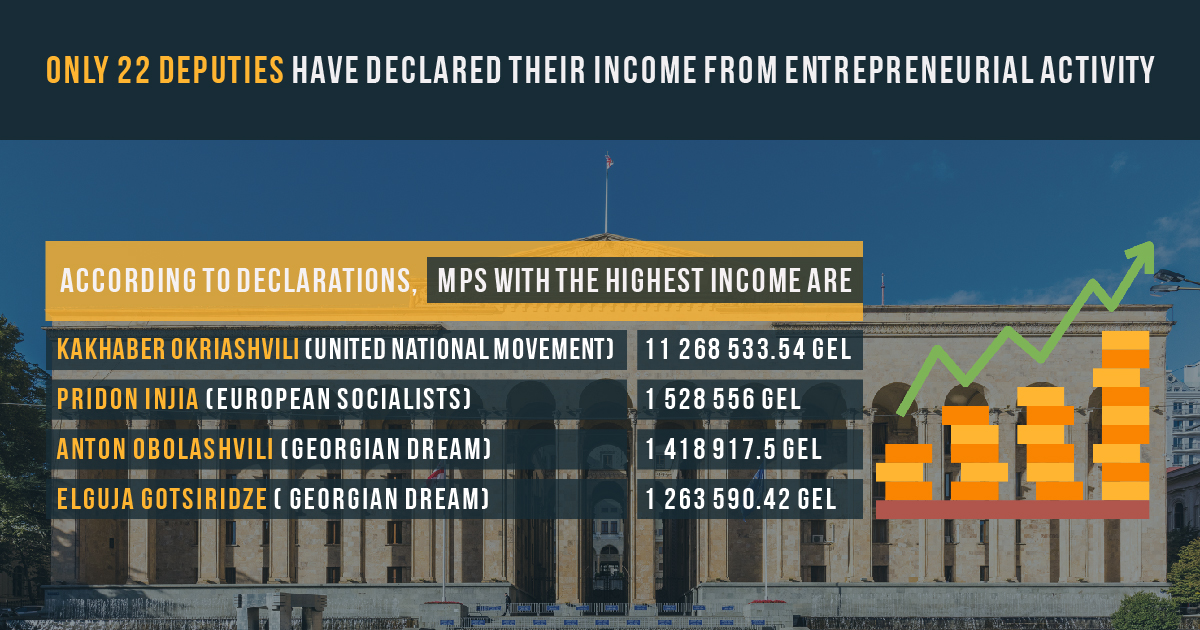 The report about undeclared entrepreneurial activities of Members of Parliament and their business connections is based on information collected from official sources (asset declarations of officials and the website of the National Agency of Public Registry, information requested from the Parliament).