Transparency International Georgia has twice evaluated the performance of the 2017 convocation of city councils in Batumi, Zugdidi, Poti, Kutaisi and Akhaltsikhe. These studies have shown that the problems identified in all the aforementioned City Councils are almost identical.

Ahead of the October 2 local self-government elections, we elaborated recommendations and drafted a review of the problems identified by us. We believe that consideration of these facts will support the City Councils of 2021 convocation in executing their obligations and functions accordingly. The City Councils have critical importance in the process of implementation of a self-governance - they define primary directions of municipalities, control the executive governments and the activities of the public officials and make decisions on issues of local importance.

Expenses of the City Councils: 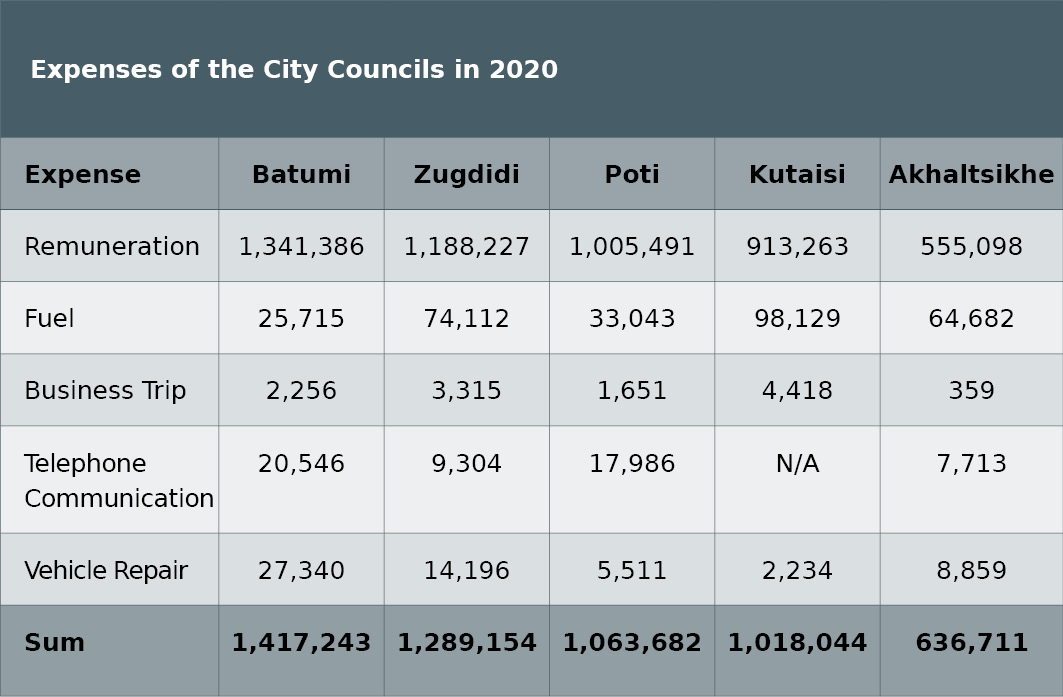 Sessions of a City Council:

Expenditures of a City Council: