Transparency International Georgia analyzed administrative expenses of 9 state representatives in 2020, which in total amounted to GEL 5,182,978. 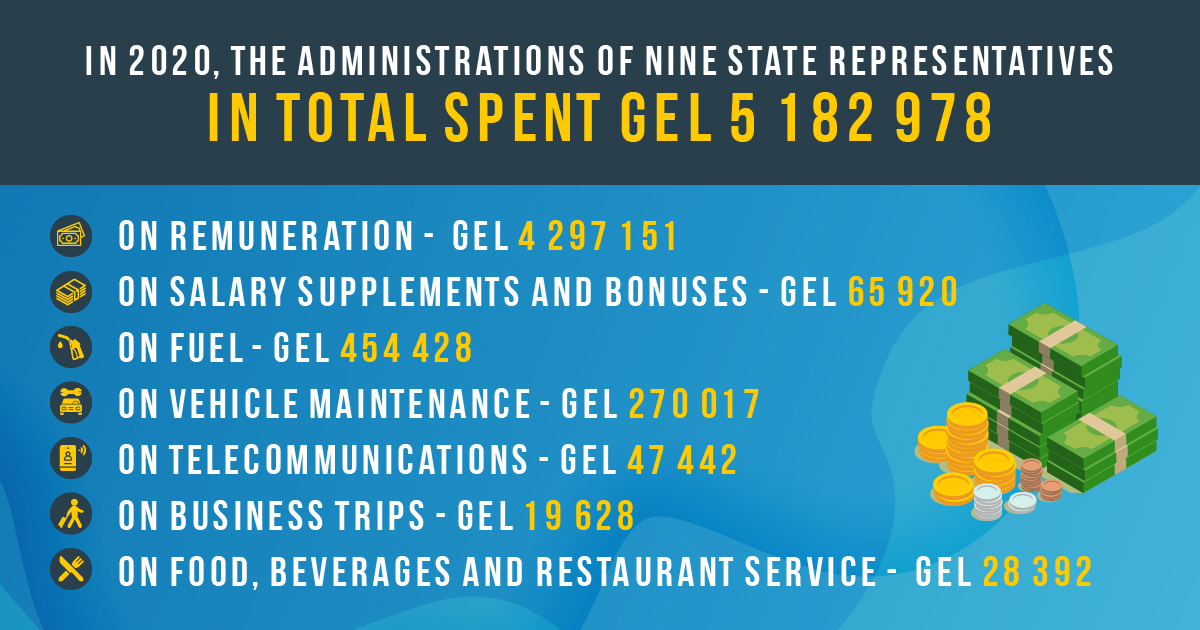 The number of employees:

The information on the remuneration and bonuses of the public officials at the administrations of State Representatives can be found in the table. 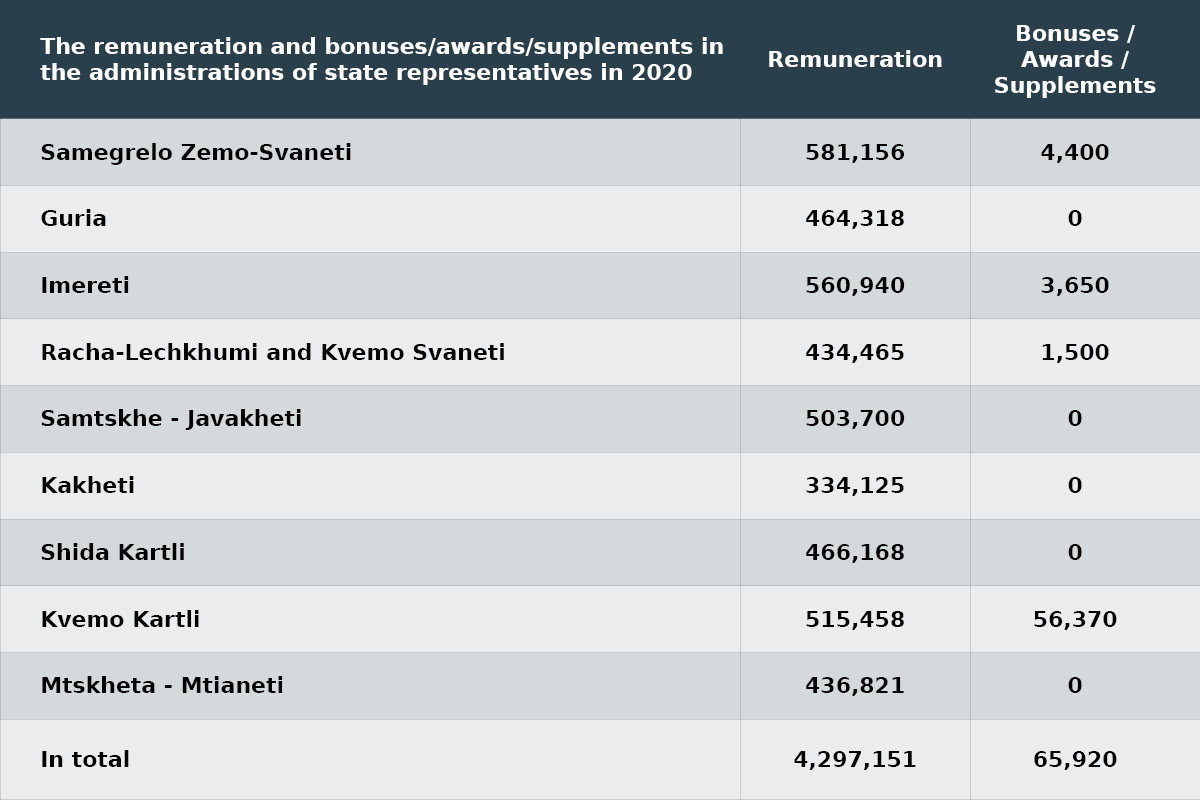 Vehicles and their maintenance: 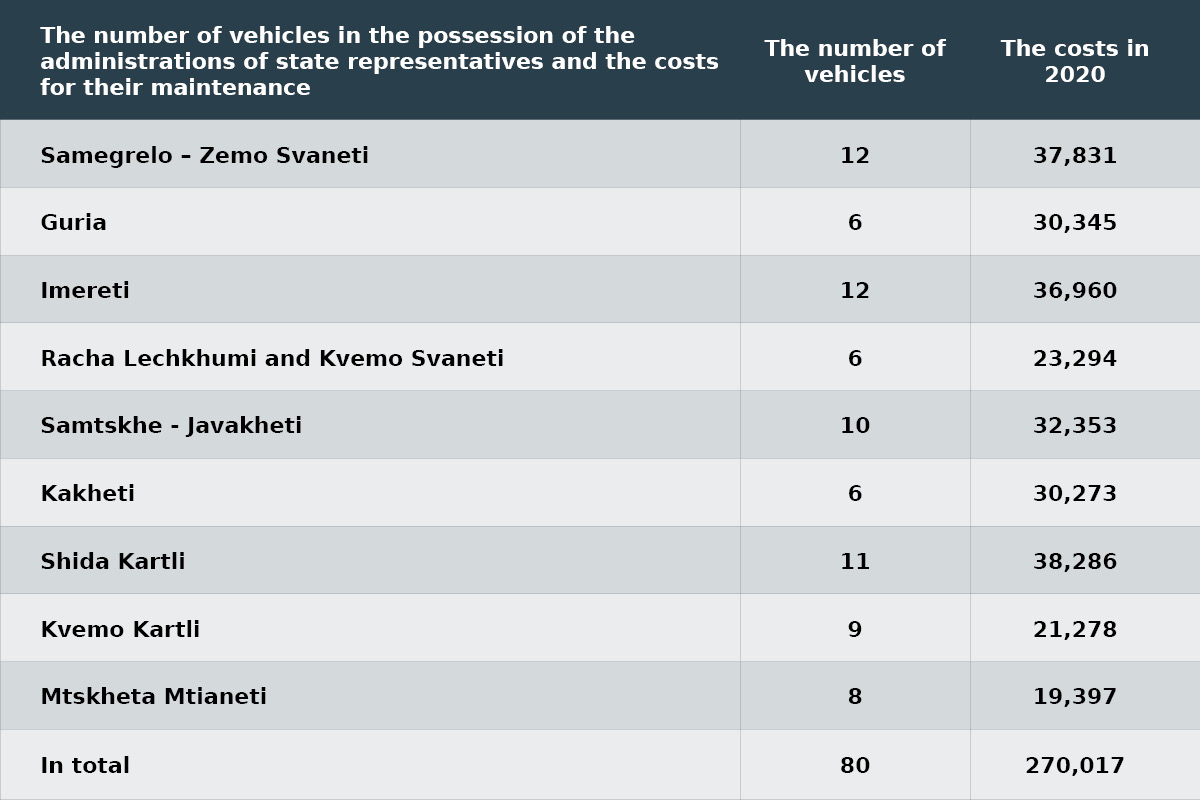 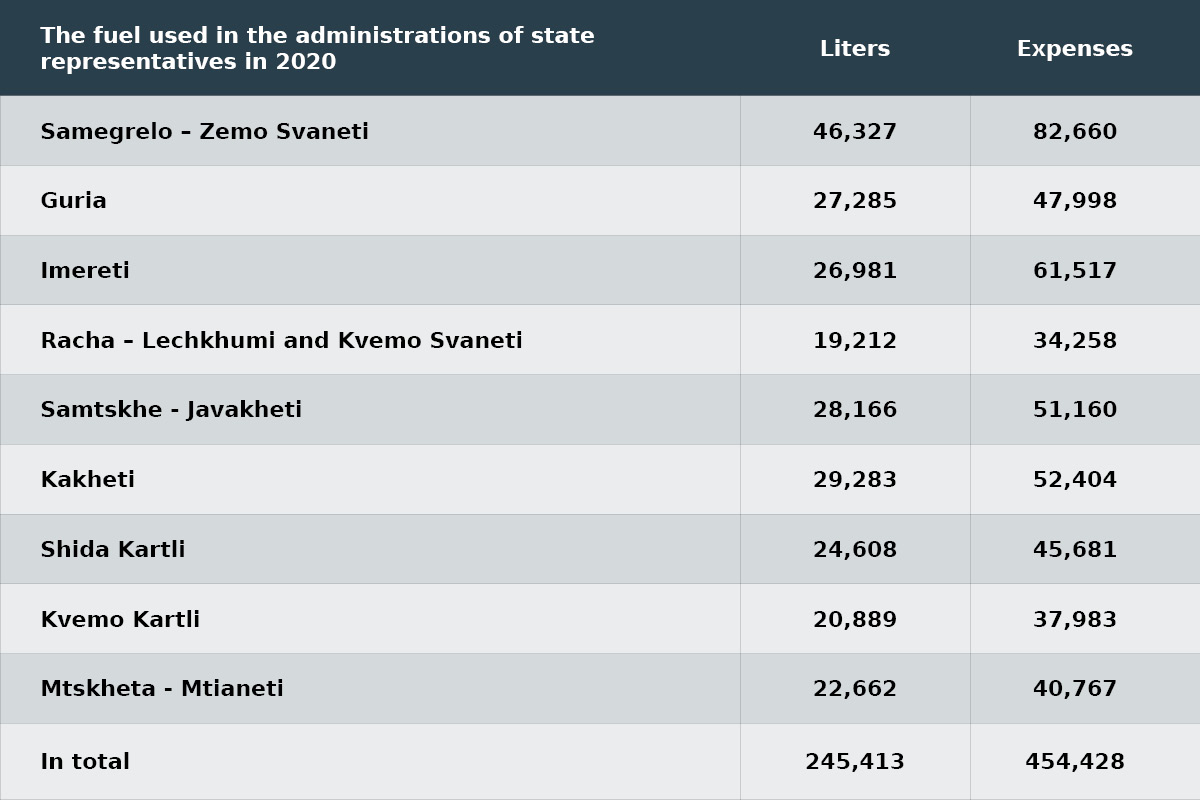 The information about fuel consumption by state representatives can be found in the following table.

For local and international business trips, GEL 19,628 was spent. 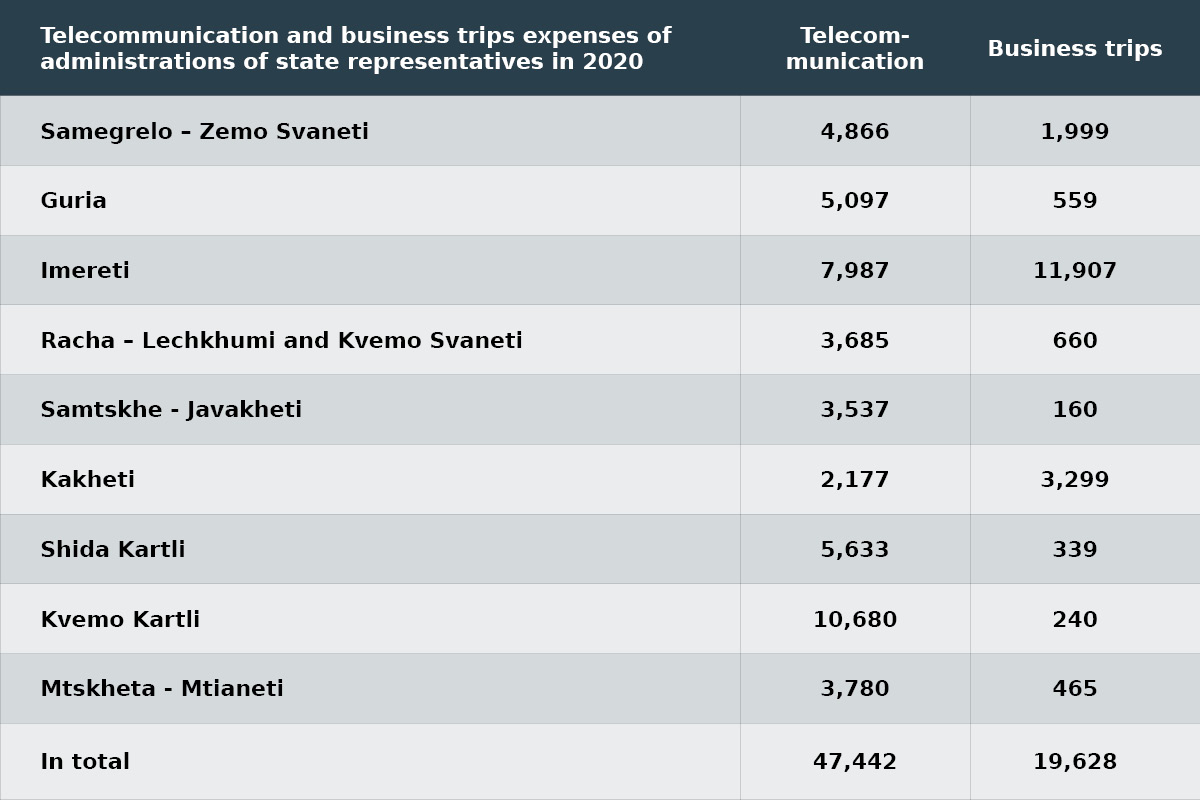 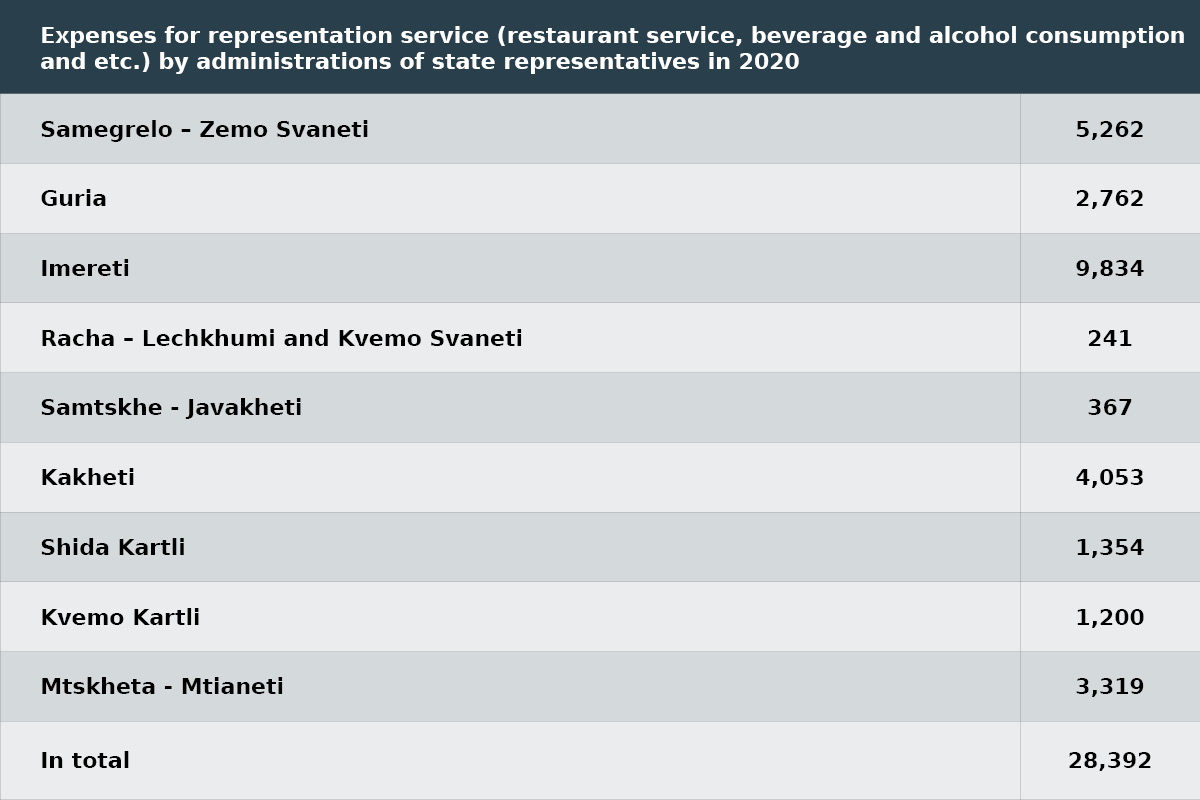