Transparency International  Georgia presents information on the property and business interests of persons nominated as Batumi mayoral candidates, as well as of the persons being the first numbers of the party lists and mayoral candidates of the “Georgian Dream - Democratic Georgia” in the remaining municipalities of Adjara.

The information is based upon the data of the Public Registry, as well as the property declarations submitted by some of the candidates.

Batumi Mayoral Candidates and First Numbers in the List 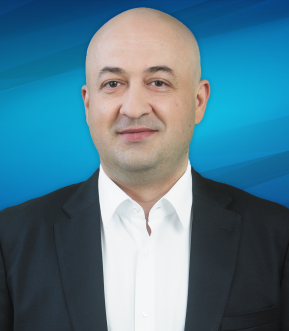 In 1998-2000, he worked as a specialist of the analytical department at the “Marine Bank of Georgia”; he also worked as Head of the Investment Unit. In 2001-2003 he served as Assistant to the Chairman of the Government of the Autonomous Republic of Adjara Aslan Abashidze. He was the Secretary of the Economic Council and later Head of the Treasury of the Autonomous Republic. In 2004-2008, he held managerial positions in private business organizations (LLC ‘Gorgia”, LLC “Deco”). In 2008-2016, he managed various projects under UNDP program, including ENPARD’s European Neighborhood Program for Agriculture and Rural Development (2013 - 2016). From 2016 until being nominated as a mayoral candidate, he was the Minister of Agriculture of the Autonomous Republic of Adjara.

In his property declaration, the mayoral candidate has indicated that he has transferred the right to manage 30% stock in the company   Plastic Card Distribution (tax code - 245437013) to his partner. The same is the case with K & K company (tax code - 245562822) (Lasha Komakhidze owns 50% of the company’s shares).

None of these companies have participated in state procurement before Lasha Komakhidze becoming a Minister of Agriculture or afterwards. 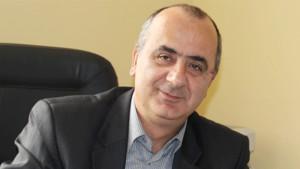 From 2012 up to 2017 local self-government pre-election period, the first number of the Georgian Dream’s proportional list was the First Deputy Minister of Education of the Autonomous Republic of Adjara. In 2008-2011 he served as an Acting Director of Public School # 18 in Batumi. Before that, he was conducting pedagogic activities.

According to the public registry data, none of the companies are registered on the name of Suliko Tebidze and his family members. 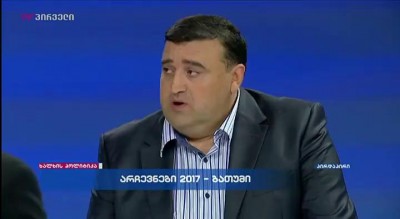 In 2008-2012, Levan Antadze was the Minister of Health of the Autonomous Republic of Adjara. Prior to becoming the minister, he served as a Deputy Mayor and Director of “Batumi Water”. From 2012, he has been first working in the insurance sector and later held the position of Adjara-Guria Regional Director of hospital network “Medalpha”.

Neither Levan Antadze nor his wife has assets in any company. 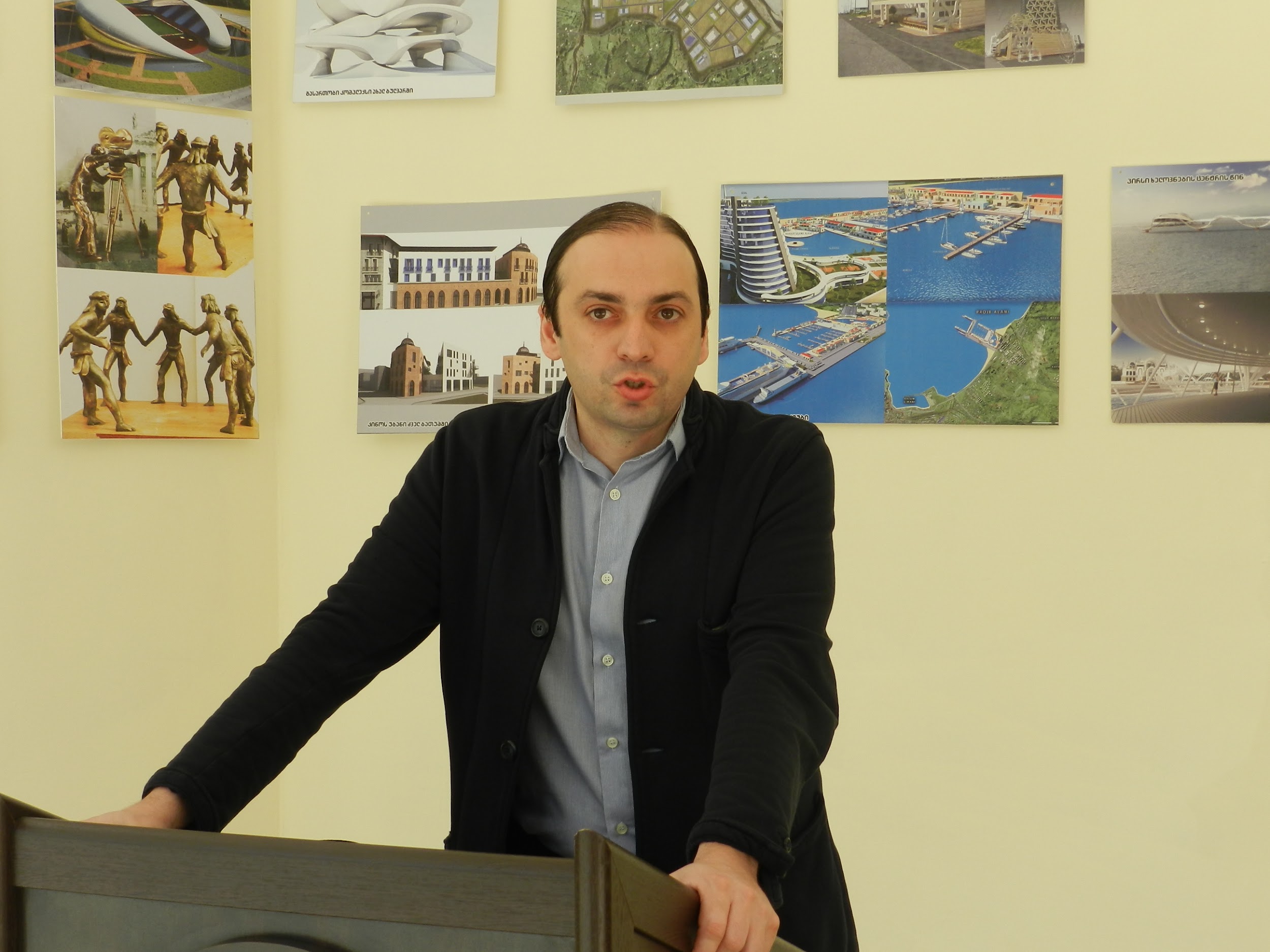 In 2016, Petre Zambakhidze became a member of the Supreme Council of Adjara for the fourth time by the party list of the “National Movement”. Before the first election in the Council, Zambakhidze served as chairman of the Constitutional Commission of Adjara. Even earlier, he worked for various public and non-governmental organizations.

According to the property declaration filed on 16 May 2017, Zambakhidze owns an inherited apartment in Batumi, on Pushkini Street.

The mayoral candidate is not a shareholder of any company. 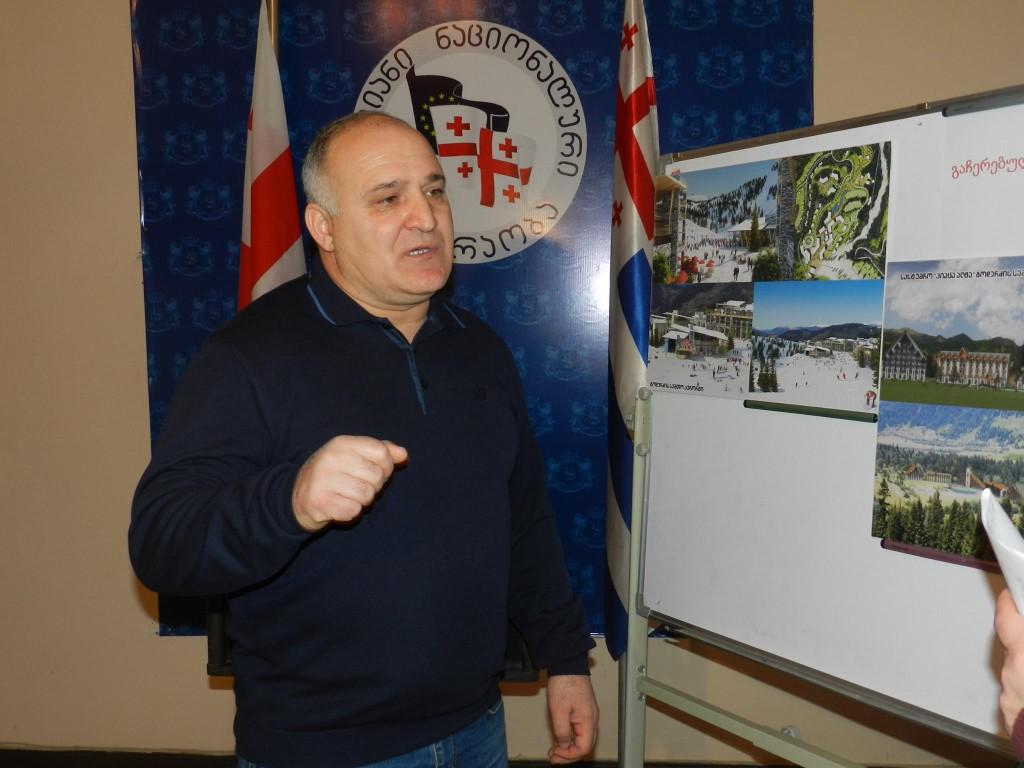 Like Petre Zambakhidze, candidate for Mayor of “European Georgia”, Raul Tavartkiladze was a member of the United National Movement for many years. At different times, he was a member of the Supreme Council of Adjara, Deputy Minister of Education, Culture and Sport of Adjara. After leaving the “National Movement”, he is head of Batumi office of “European Georgia”.

In 2014, Petre Zambakhidze made non-monetary donation worth of GEL 1 200 to the “United National Movement”. 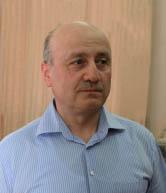 Omar Partenadze is an active member of Batumi Sakrebulo. Prior to being elected in the self-government body by the proportional list of “Nino Burjanadze - United Opposition”, he worked as a head of law department of Batumi Shota Rustaveli State University; before that, he held various administrative and academic positions at the university.

In August-December of 2012, he was a head of a Center for Art and Culture – non-entrepreneurial legal entity of Batumi municipality.

Tengiz Tavdgiridze is heading the “Adjara-Lazeti Harbor Hall of Georgian Society of Knights (Chokhosnebi)”. He is a director and 50% shareholder of "Gandzi" Ltd (c/c 448394568) - according to the registry data, no specific area of ​​the company's activities is defined; He is also chairing the Boards at “Bartskhaneli” - a union protecting interests of citizens and “Dzmoba” –Georgian -Abkhazian Friendship Society.

In August-December of 2012, he was a head of a Center for Art and Culture – non-entrepreneurial legal entity of Batumi municipality.

Tengiz Tavdgiridze is heading the “Adjara-Lazeti Harbor Hall of Georgian Society of Knights (Chokhosnebi)”. He is a director and 50% shareholder of "Gandzi" Ltd (c/c 448394568) - according to the registry data, no specific area of ​​the company's activities is defined; He is also chairing the Boards at “Bartskhaneli” - a union protecting interests of citizens and “Dzmoba” –Georgian -Abkhazian Friendship Society. 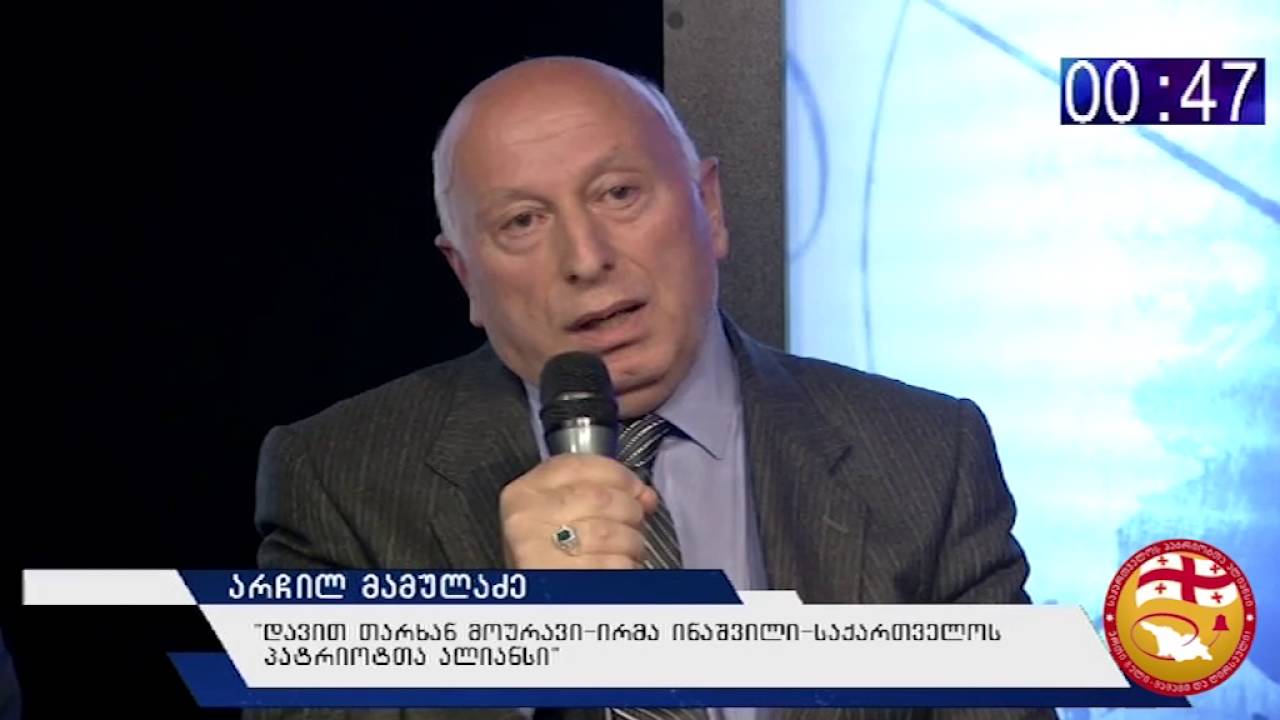 According to the public registry data, Archil Mamuladze, who is a lawyer and economist by profession, is registered as a director of the company “Ozani” (c/c 445388296), which is owned by two citizens of Turkey. In 2010, another company was also registered by Turkish citizens – “FBM” ltd, (cadastral code 445383709), 5% of which is owned by Archil Mamuladze, member of the Allianc of Patriots.

The first number of the Labor Party’s party list is the director and 100 % shareholder of “Jelo-Trans” ltd (c/c 445467423). The company has not taken part in any state procurement. 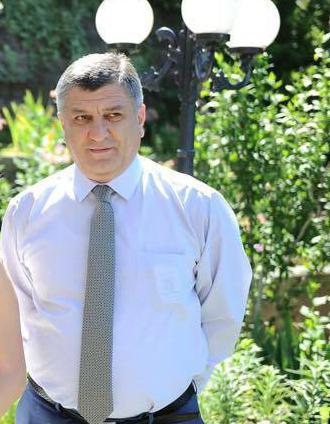 Prior to becoming Deputy Chair of Khelvachauri Sakrebulo, Jumber Vardmanidze worked at the Department of Business Faculty Quality Assurance at Batumi Maritime Academy. He used to teach history at different universities.

By the declaration filed on 28 September 2017, he owns two plots of land and a house in Makhinjauri. In 2015, he was donated a commercial space in Batumi, at 6 Chavchavadze Street, with an area 121 m2.

Jumber Vardmanidze and his family members have no interests in commercial organizations.

In 2006-2014, he was first head of the Legal Department at “Batumi Sea Port” and then - a Managing Director. He was conducting private law practice. Prior to being nominated as a mayoral candidate, he served as a Deputy Minister of Education, Culture and Sport of Adjara.

According to the same declaration, Mirian Katamadze received 40 000 GEL in 2016 from ownership 25% of shared in solidarity liability company “Mgeladze, Palavandishvili, Katamadze and Partners” (tax code: 245564214) (currently, Katamadze has his share management tittle transferred to his business partner - Kakha Palavandishvili). Mirian Katamadze was the director of the society until January 6, 2017. On the same day Mirian Katamadze gave up the position of a director in another company – “Reliable Legal Consulting” ltd (c/c 445477608). His brother Mirza Katamadze became 100% shareholder. 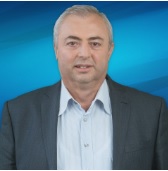 At different times,Levan Gorgiladze worked as a doctor, head of Batumi Medical-Criminalist Laboratory. In 2012-2016, he was Deputy Health Minister of Adjara. Currently, he is a Director of Batumi Regional Center for Infectious Diseases, AIDS and TB.

Till present, Levan Gorgiladze is a 100% shareholder of LLC “Levgori” (tax code: 445398891). The company registered in 2012 is engaged in provision of medical care and public nutrition. According to the State Procurement and Competition Agency, the company has not participated in state tenders.

In 2004-2005, he worked as an investigator in Shuakhevi; then, he served as a senior investigator of the Adjara Office of the Ministry of Internal Affairs of Georgia; in he held the position of Deputy Head of Khulo Regional Division. In 2012-2014, he was the head of Shuakhevi regional division of MIA. Prior to being nominated as a mayoral candidate, he served as a head of Khelvachauri district division of MIA.

By the declaration  filed on 23 June 2017, Pridon Putkaradze inherited a flat, a house and a lot of land in Shuakhevi in 1990.

In his declaration, Pridon Futkaradze has not indicated that his wife Nestan Putkaradze owns 50% of the shares in the company “Ecotour GE” (tax code: 2009/248435475) registered in 2009. The company has not taken part in any state procurement.

In 2006-2007, he served as a lawyer at the Ministry of Education, Culture and Sport of Adjara. In 2008-2011 he served at the legal department of Adjara Environment Protection Division. In 2009-2011, he was a lawyer at the legal department of Batumi Regional Center of the Revenue Service of the Georgian Ministry of Finance. In 2011-2017, he was first an officer at “Batumi Port”, then head of the shift at checkpoint Sarpi. From the beginning of 2017 till being nominated as a mayoral candidate of Khulo, he was a deputy director of “Goderdzi Resorts”, a limited liability company under the Ministry of Finance and Economy of Adjara.