A member of Senaki City Council - Dato Adamia and his company - Dagi LTD won 87 tenders since 2011. The company also won 80 simplified procurements. The total value of the contracts summed up to GEL 6,779,143. 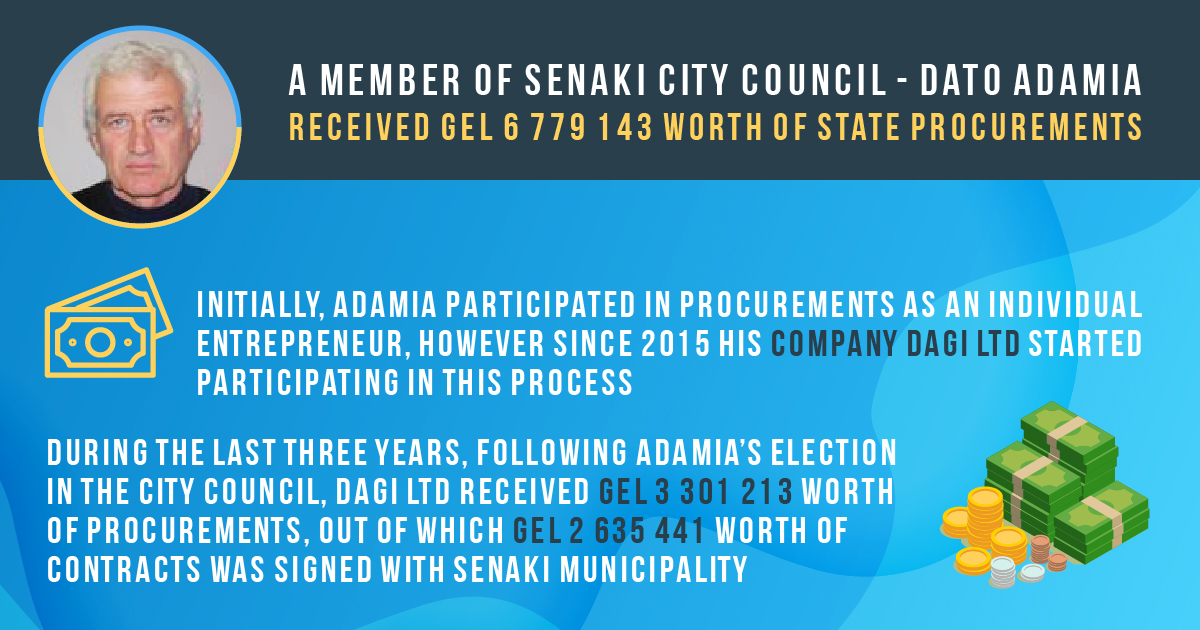 Dato Adamia became a member of Senaki City Council in 2017 from the Georgian Dream party. He is the Director and the sole owner of Dagi LTD. The company has been participating in state procurements since 2015. However, Dato Adamia had participated in state procurements as an individual entrepreneur since 2011. In both cases, the main purchasers are Senaki municipality, its legal entities, and various public schools in Senaki. 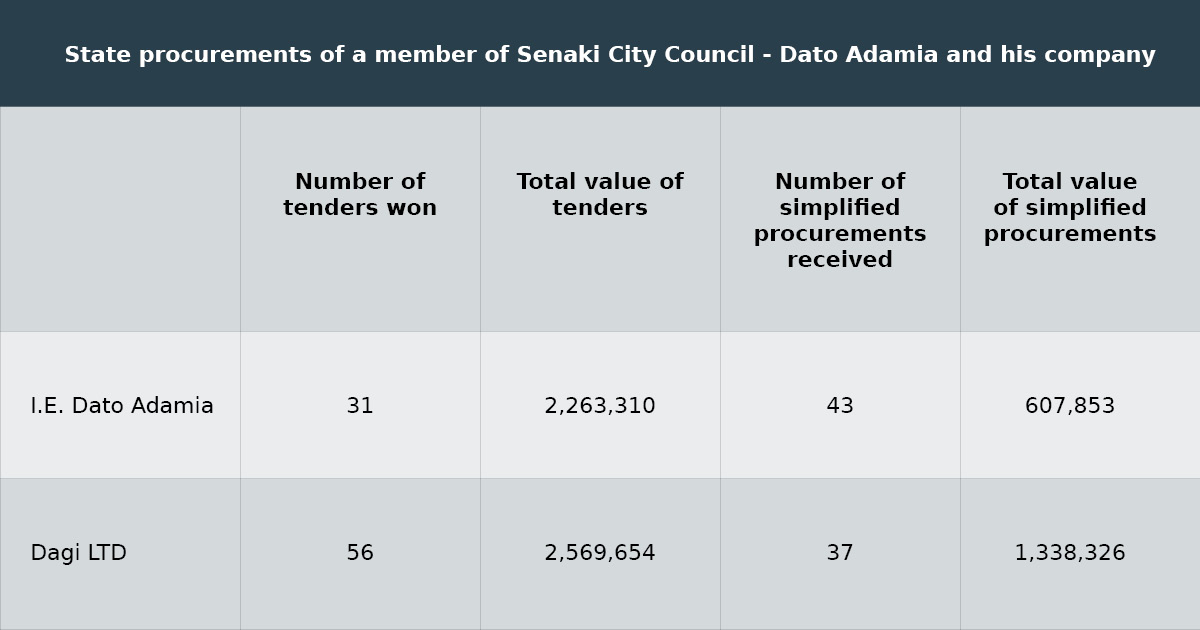 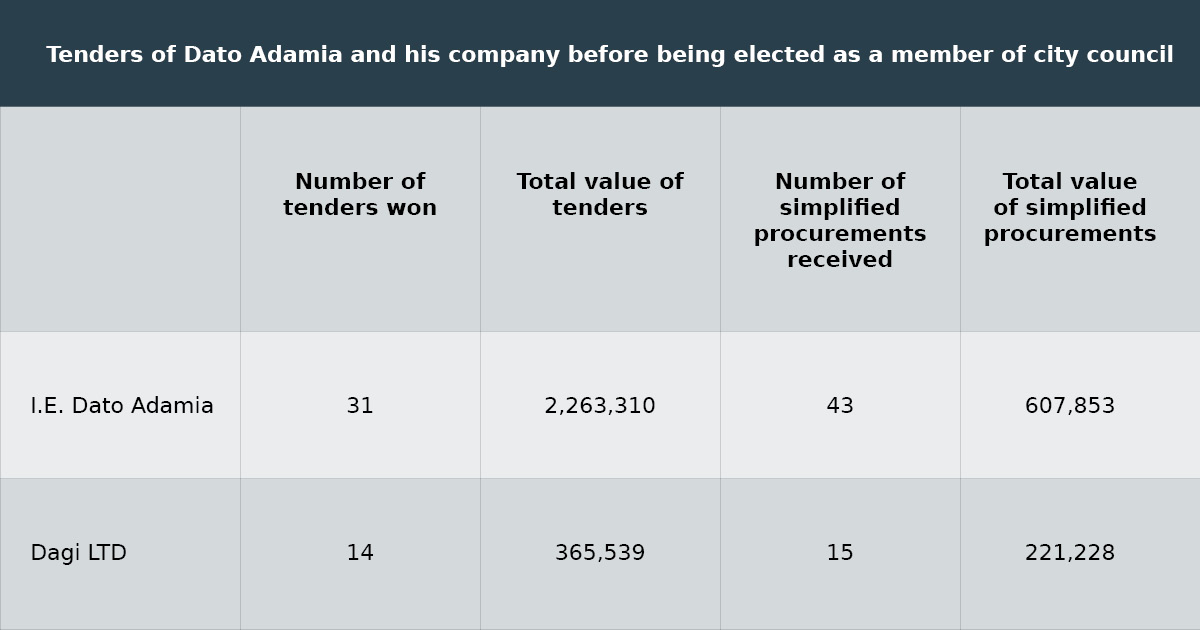 Dato Adamia has not participated in state procurements as an individual entrepreneur since he was elected as a member of the City Council. Instead, his company Dagi LTD participates in the state procurement. The LTD received GEL 3,301,213 worth of tenders and simplified procurements since November 2017, out of which the contracts worth of GEL 2,635,441 come from Senaki municipality and its legal entities. Dagi LTD won 42 tenders, out of which 22 were the tenders of Senaki municipality (the total value of the contracts is GEL 1,570,154). In 7 cases out of 22, the competitors were disqualified and the company did not have any competitor in 5 tenders.

The company received 13 simplified procurements from Senaki municipality (the total value of the contracts is GEL 1,065,287) 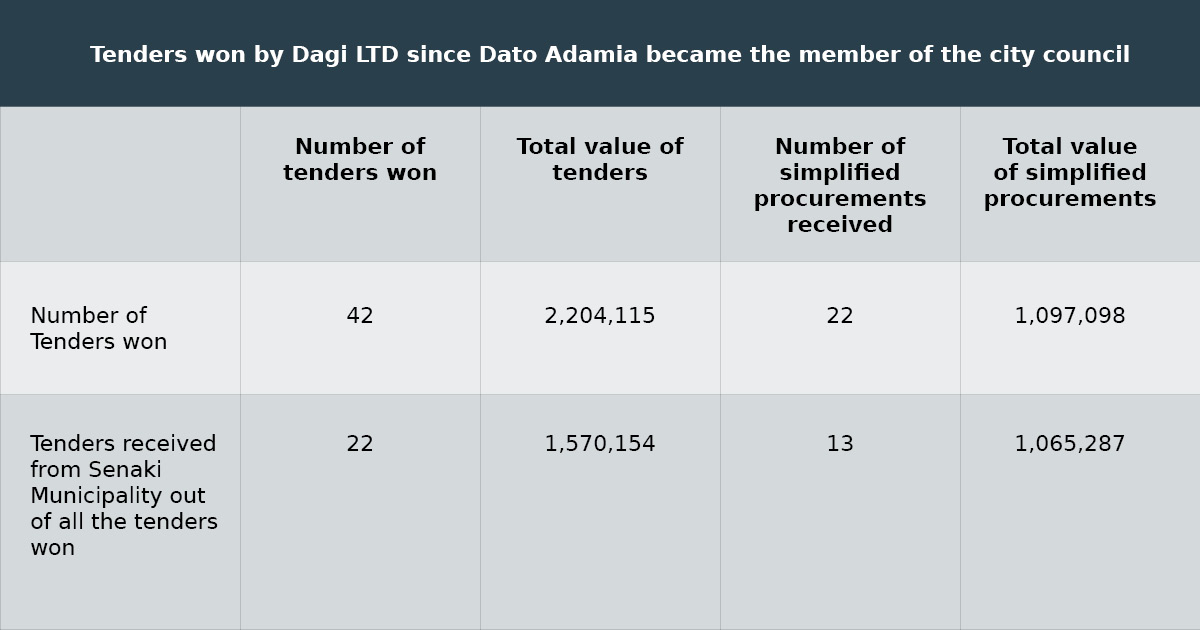 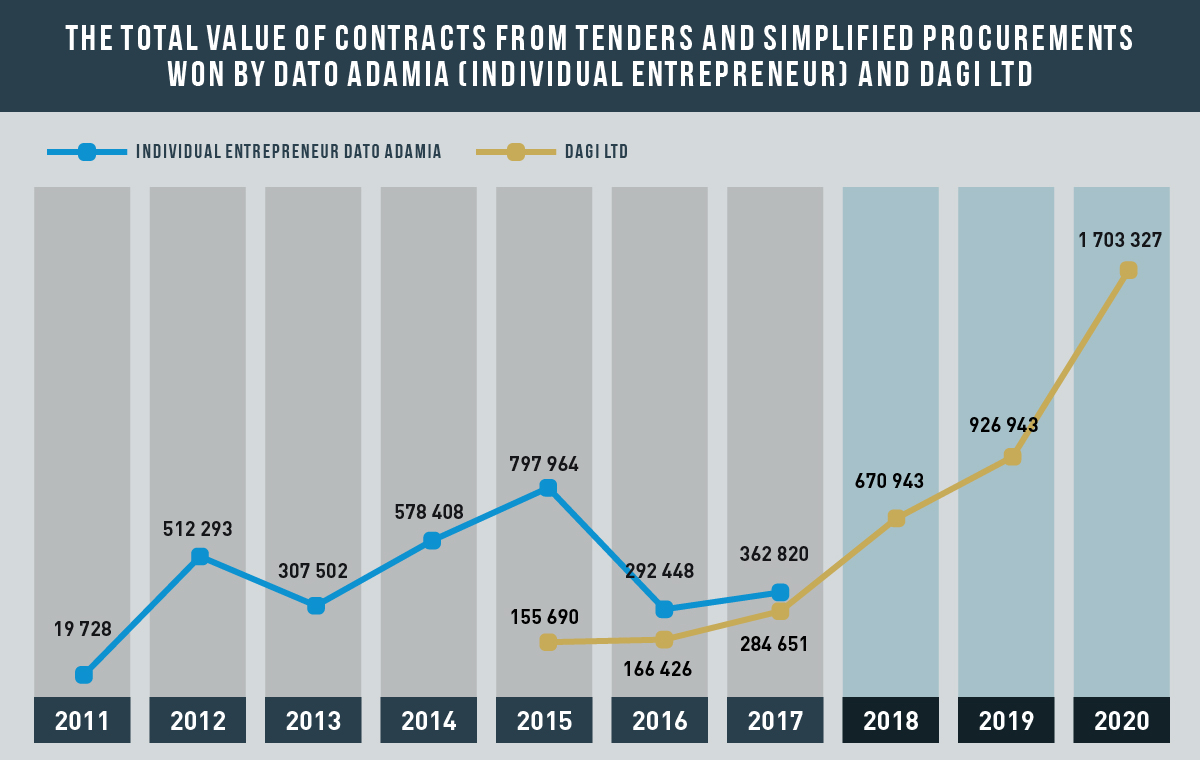 According to Transparency International Georgia, Dagi LTD’s involvement in Senaki municipality’s state procurements raises suspicions on the legitimacy of the process. Therefore, we call upon the Anti-Corruption Agency of State Security Service to study these procurements and determine whether there are any alleged signs of corruption.