The former company of the Chairman of the Education and Culture Commission at Batumi City Council Irakli Pataridze - “Trading Service”, actively participates in the state procurements of Batumi municipality legal entities. Although Pataridze gave away 50% share of the company to his son-in-law and business partner - Gocha Abuselidze from January 2019, the contracts with “Trading Service” in 2019-2020 poses risks of corruption. 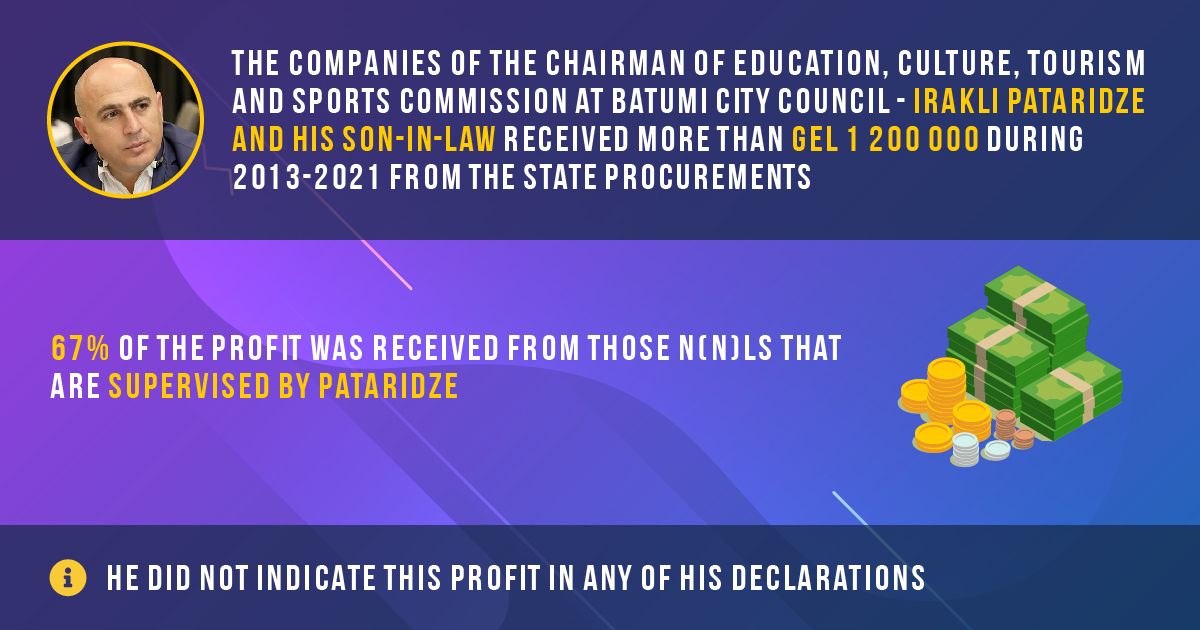 Transparency International Georgia found out that the former company of Batumi City Council public official received GEL 228,388 from electronic tenders and simplified procurements during 2019-2020, out of which GEL 143,426 comes from the Garden Association of Batumi Municipality. According to the decree, this association is supervised by the commission that is chaired by Irakli Pataridze - “It controls the activities of the city hall and its structural units in the field of action, and will submit a relevant report to the city council upon request”1. Accordingly, the commission should not only execute quality control of the municipal service but should investigate the purpose of the costs and corruption risks.

Irakli Pataridze founded “Trading Service” together with his son-in-law (sister’s husband) - Gocha Abuselidze in 2015. Gocha Abuselidze was a business partner of Pataridze at the Trading Service LTD as well, which was founded in 2012. Both of the companies offered hygiene and cleaning products to organizations and in 2013-2018 they received GEL 969,297 through winning tenders and simplified procurements.

In the study, published in 2018, we highlighted the fact that Irakli Pataridze did not indicate the profits from his companies in his 2018 declaration. This was one reason why the Civil Service Bureau fined him as mentioned in their 2019 report.

Irakli Pataridze was elected in the Batumi City Council from 2017 self-government elections, before that in 2016 he donated GEL 2000 to the Georgian Dream.

Transparency International Georgia published the above-mentioned study in December 2018, on January 8, 2019 Pataridze donated the 50-50% shares of both companies (“Trading Service” and Trading Service LTD) to his son-in-law Gocha Abuselidze. One of these two companies - “Trading Service” continued to participate in municipal procurements as in the previous years.

Apart from the fact that, in 2019-2020, 62% of the value of contracts with “Trading Service” comes from the Gardens Association of Batumi, the company actively cooperates with other Batumi N(N)LEs as well, such as: Batumi Botanical Garden, Social Services Agency, Chess Club “Nona”, Batumi Greening and Landscape planning Service. In total, the company received 80% of its profits from the contracts with Batumi N(N)LEs.

In total, according to the information found on the State Procurement web page, the companies owned by Irakli Pataridze and his son-in-law received GEL 1,203,485 from the state procurements in 2013-2021. In 2014-2017 Irakli Pataridze was the representative of the Batumi City Hall in Khimshiashvili administrative unit, from 2017 he is a member of the City Council and the head of the commission.

Although the companies owned by Irakli Pataridze received substantial profits from the municipal procurements, he indicated in his declarations that he has not received any profits from his companies’ shares. 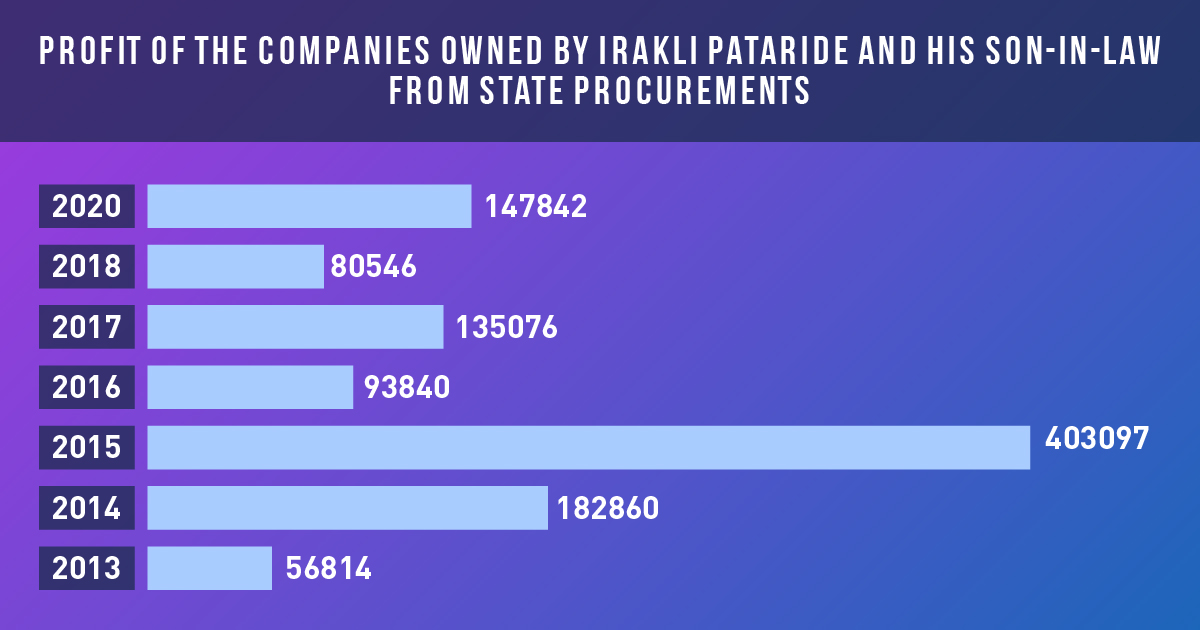 According to Transparency International Georgia, even though Irakli Pataridze is not a shareholder of the “Trading Service” after the publication of our study, the profit from the municipal procurements is associated with Irakli Pataridze’s current position and his potential influence.

Our doubt is strengthened with the fact that Irakli Pataride gave away the shares of his company to his son-in-law for free, which leaves the impression that it was a formal re-registration of the shares.

We call upon the investigative bodies to start an investigation on Batumi Municipality legal entities state procurements which ended up winning by “Trading Service”.